We keep making progress on the same areas as usual. Further scene work and new helmets.

In the last dev diary I talked about how Brego contributed with a big amount of helmets. Well, now we have new helms too, but this time thanks to Mr.Master. 2 Helmets to be precise, which will be given to the Outramite knights. 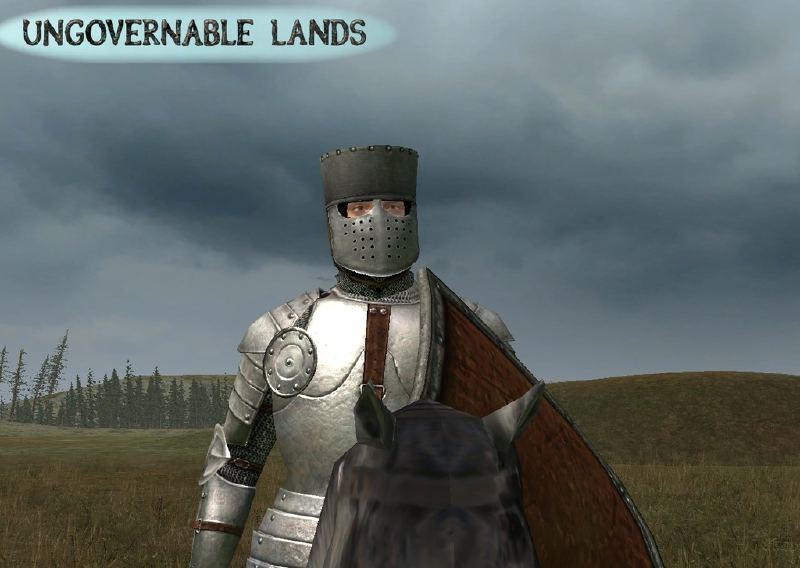 Apart from this there is not much I would like to talk about, apart from the new preview video of the soundtrack for Hiridia Ungovernable Lands. This time it's a dungeon track from our mate Matthew Blacklock. Rembember that the official videos will always be posted on the channels first so... don't forget to suscribe! Track us and you wont miss a single one.

Too bad I cannot write, produce, or play music. I would have loved to make some for this.

Its a good idea utilizing Warband's engine to bring life to your world. When you further want to advertise your book you can lead your fans into this mod.

If the mod is truly unique with high quality development and never before seen features, which from what I've been tracking it is, then this will be an effective medium to spread the world. Either book or game can lead viewers to each other.

Anyway I'm not saying anything new, clearly this was all thought out long before. Good stuff though, I love Dev Dairies and excited about this mod. I tend to act as an agent of mods for a group of my online mates. When this is complete ill make sure to point them at this.

Good to hear. And yes, that's one of the reasons why I do it. The main one perhaps, though I work on this as well because I simply would love to play on the world from my books. Bring it to life.