A quick synopsis from one of my voice actors, I couldn't have said it better myself. This sums up the backstory and the current (spoilers):

"There was a private military group, named SET that got picked up by the UN and believe that there is a terrorist group still active in Iraq even though they aren't leading Iraq, but no one believes them because Iraq is an ally. So they do undercover missions to try and snuff out the terrorist and when they catch him they find out that he got so far because of a traitor."

Heroes 7 strives to be realistic and may be a simulator in ARMA. There are some unrealistic events but Heroes 7 always have that sense of realism, especially when there are squads, huge teams, covers, battlechatter, evading difficult situations instead of going through it. Heroes 7 always going to have teammates unlike the later Modern Warfare game where only 2 "heroes" having super health and taking out everyone. We all know war isn't fought or won with 2 people. Even though part 4 and 5 is based on two people, there'll always going to be teammates or resistance in part 5.

A special forces group belongs to Special Elite Task (S.E.T) organization and is tasked to scout out a city for the main invasion or so it seems. This organization consists of many groups of soldiers, such as U.S. Army Rangers, Airborne, S.A.S, etc. This group is very diverse and is the largest ethnic organization. It is a global defense headquarters.

The special forces group consists of 8 soldiers called the "Heroes", famously known as "Heroes 7". They are in Squad 5 "Forward Strike". One of them is Colonel Markens, but since he died early, I didn't consider him a "hero" and he was technically an enemy before. Teaser! There are a few other squads supporting too for the invasion. However, everyone is a hero, it is a Company of Heroes.

Was it really a scout/recon mission or was it a suicide mission? Find out.

Heroes 7 spans over 20 days in July. Preparation for war starts on July 1. Training is on the 10th.
Day 1: Declaring war on Al-Kab-Dir
Day 2-9: Getting troops to deploy in England for training.
Day 10-13: Training (Part 1)
Day 14: Deploying in Iraq. Fighting on the road to Al-Kab-Dir city. (Part 1)
Day 15-18: Fighting
Day 19: Al-Kab-Dir uptown invasion (Part 3)
Day 20 - D-Day: Grand assault/invasion on Al-Kab-Dir city and harbor.
Day 27: Prisoner of War and Brothers (Part 2 and 4) - Make decisions to result in 2 different endings.
Day 66: WW3
Day 73: New York City Invasion - War at Home (Part 5) - Your Part 4 decisions/ending carries forward to part 5 (you may be able to reverse/change the consequences by making the other decision in Part 5) Make decisions to result in 2 different endings. Both endings are canonical but there is no next series/parts. 2 official endings to end the series.

Starting with part 4, the title changes since it is no longer Heroes 7. Everyone dies. :( Except the player and the Captain. Part 4 and 5 is called "Brothers" (literally). (All made up and not copied from real life)

Part 4 takes place on the same day of "The Great Escape" part 2.

Part 5 takes place less than a month and half after part 4. The allies are stationed in New York. Enemy counter attack. And the player and the Captain are considered "rogue". Friendly allies would target them but there are some "resistance" supporting them. An all out warfare between the allies, enemies and resistance. Find out what happens to the player and the Captain. An epic ending to the series. This is WW3.

Now, not every characters/teammates from Heroes 7 are deceased. ;) Find out who survives the devastation back at the desert. Still depressing, b/c most were killed. :( Heroes 7 salutes!

There are 5 parts to Heroes 7.

Heroes 7 Part 3 "Fall of Man" (Part prequel, part sequel, outskirt of city to inside of city)

So much have happened every day and continue to happen.

I dedicate the mod to all the men and women that sacrifices their lives to save others, whether regular people or service men and women, dead and alive, past, present and future. Thanks for your generosity.

I also dedicate this mod to a friend whom I hardly knew but my brother does. I have spoken to him, not much, but we are all friends. He had an illness but thought he would recover. He's so young. His recent passing came as a shock to us all. Especially to me, he was only 1 year younger than me. Although, it was expected but we had the hope that he would make it. It's sad and difficult to see a young man go. This mod is dedicated to all people that sacrifice their lives and to him. We should cherish everyone when we have the time. Salute! This mod is dedicated to their names.

Thanks for voting and helping Heroes 7 and Brothers 3.0 + Remake + Moscow on it's quest to become the 2021 Mod of the Year. You are now in with a chance to score some free games from our #modlove collection. Help this mod secure more votes by embedding the widget (or link) we have included below on your favorite sites.

I am proud to announce the release of Heroes 7 3.0 + Moscow!

This is the final release! It's finally done! 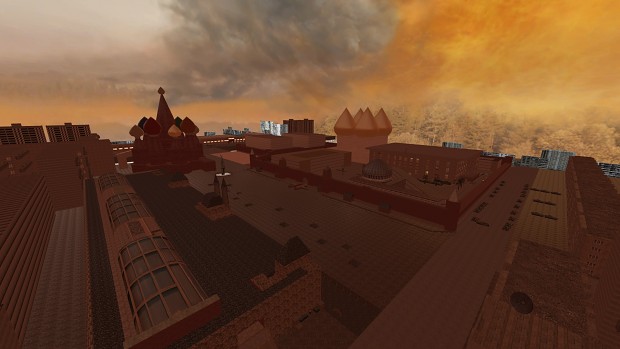 Please refer to the readme file for more details.

A lot of work have been put into this mod. It's been 3 months roughly making these maps.

- Anyone else I may have missed!

Anything else I may have missed. 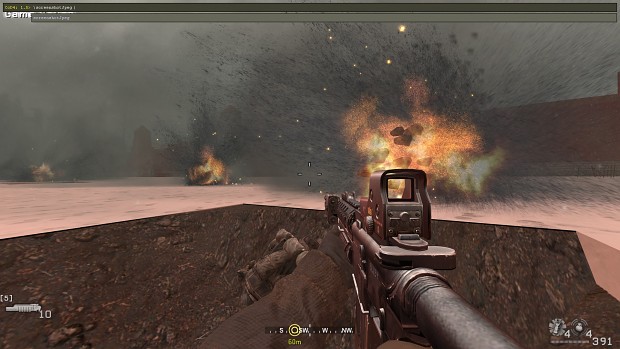 Moscow Reveal Trailer is out! Enjoy! Final finishing touches are being applied. Release date is soon, no set date yet.

Hey. I just want to provide an update to the Moscow map. Due to a lack of fan interest on the map and a few issues during the development stage, I would...

Hey all! I hope you enjoyed the new 2.0 release! There is one map that I would like to perhaps touch up on. It's not major but just thought I would touch...

Hey guys! This is the final release! It's finally done! The main zip file contains the 4 main maps. Please extract the folders into the root COD4 directory...

This is the re-release of Heroes 7 Mod 2.0. It contains all the files needed to play. It includes all the missions, sound, videos, and the mod itself...

Part 5 Homefront - War at Home This is the finale! There are 3 endings, take your pick. You can reverse your decision you made in Endgame. Each decision...

Heroes 7 Part 3 "Fall of Man" Prologue This is the prologue to the first mission in part 3. See what happened before they get to the uptown. Enjoy! To...

Heroes 7 Part 4 "Brothers" Episode 3 "Endgame". This is the final episode to part 4. This is more story oriented as well. Find out what happened to Colonel...

Even though I've just played about 2 hours, there are major problems with this mod.

There are too long conversations, and I have to say that Eric is a true teenager. I wish we were able to skip the conversations. It is so overwhelming at times. Also, non-stop mortar shots, never ending spawned enemies in the early stage of game was non-sense.

On 2nd chapter, after the long conversation, you have to swim up through the surface of the water, but there is no water. I cannot swim up. After 10 minutes I found a ghost ladder, and thanks to it I was able to go up and got on the boat somehow.

The rifles I have are reassigned when there is a new mission. I mean it does not have to be a complete different one (this one I can understand), even when you're playing the same main mission, when a sub mission changes, your weapons are reassigned! This is unacceptable.

The level design looks pretty amateur work all over the mod. I die without no reason because I'm trying to use another possible way to flank enemies...

I have to admit you guys gave lots of effort to make this mod, and I appreciate it. However, this mod definitely needs a big update.

TL;DR: I could not continue after a point because of the bad design, unnecessary and unskippable too long conversations, bugs, glitches, and a mediocre story with a very bad storytelling style.

Thanks for your feedback! :)

Wow, you updated it!!

Hey sorry for the really late reply. Something is coming soon. ;)

Congrats in finishing this awesome mod,I just wanted to know if the missing FX thing floating above the character in some missions are normal or not.

There shouldn't be any missing fx thing floating. Where are you seeing it?

In the Navy seals mission and the chopper pilot rescue mission where captain Seewin picks up the Intel,it's happening with the missions with rain effects.

Nice mod! You should make the Call of Duty 2 version too.