Today we're releasing version 0.88.5 of the Sins of the Prophets public alpha! This update includes numerous balance changes, bug fixes, new abilities, and art asset overhauls! A full changelog will be available at the bottom of the post, but I'll quickly go over some of the more eye-catching updates here.

Today we're releasing version 0.88.5 of the Sins of the Prophets public alpha!

This update includes numerous balance changes, bug fixes, new abilities, and art asset overhauls! A full changelog will be available at the bottom of the post, but I'll quickly go over some of the more eye-catching updates here.

There’s been significant changes to components of the balance since last release to account for exploits and to prepare for the introduction of future systems. As a measure to prevent certain exploits the DRP and CPV have been completely rebalanced, now each have different stats and the CPV has a brand new energy projector ability. 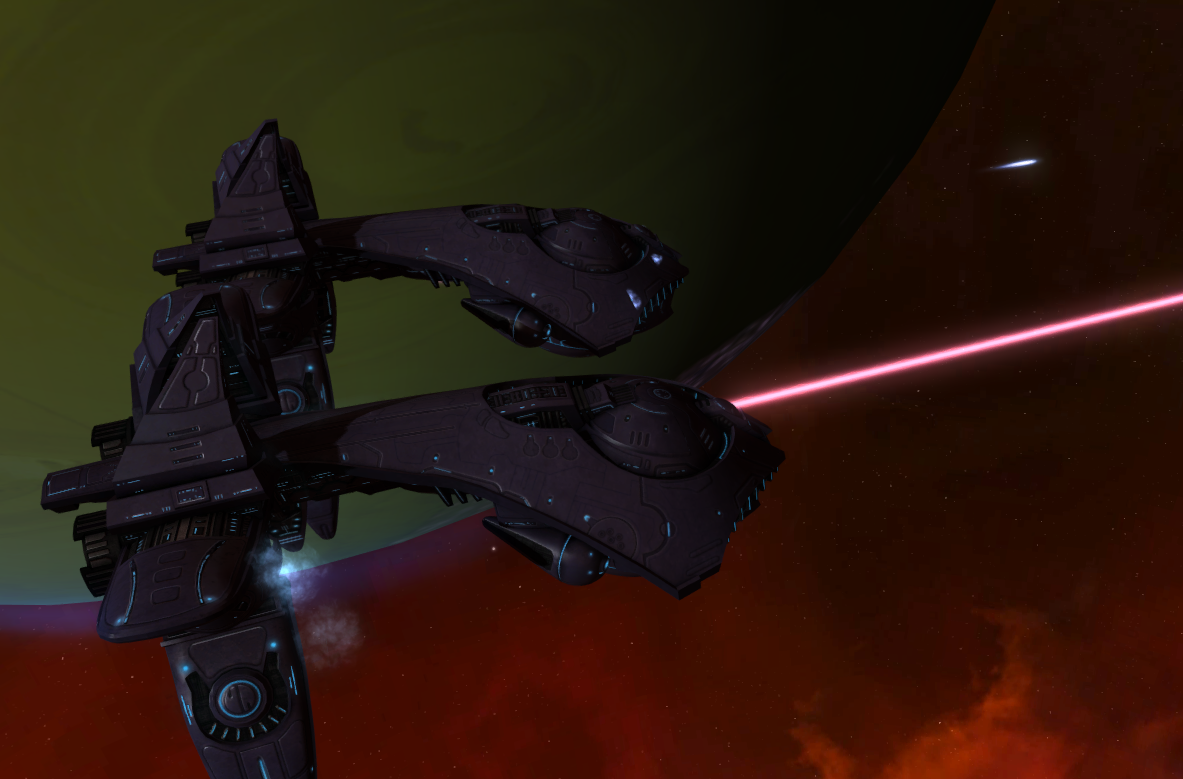 Titan supply costs have been reduced by 50 to incentivise players to actually use them. UNSC and Covenant economy research and stations have had assorted tweaks, most importantly the UNSC has regained the stacking effects of trade ports however at a reduced rate. 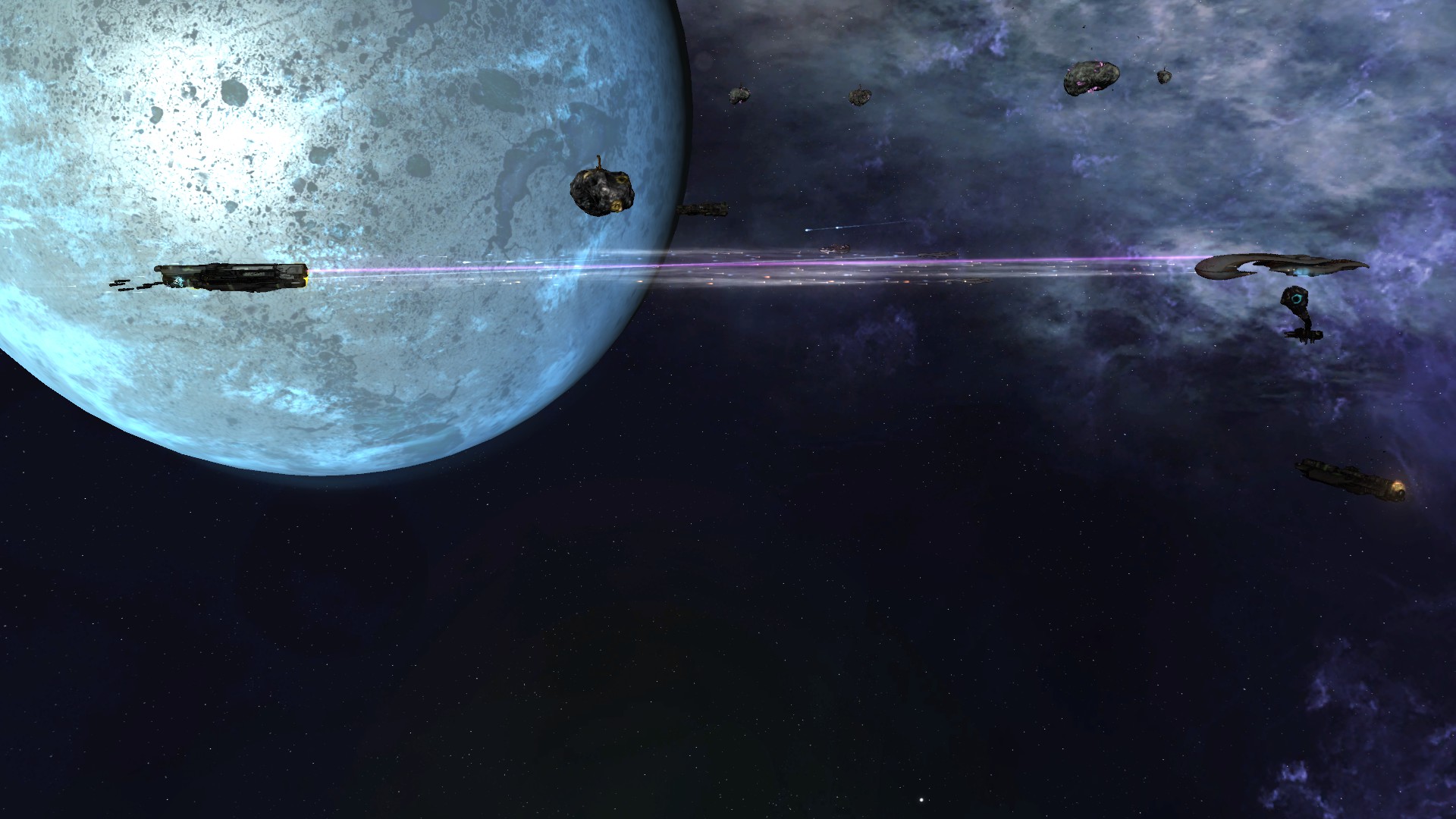 The CDA now has a decloak ability that affects units in range of it similar to that of the DOS and Artemis. There are many more balance changes in this patch so make sure to check the patch notes below for the full list. We've also introduced differences in unit speed, which has been a long-planned change that was overlooked while we work to improve other balance mechanics. Units are now in one of three classes of speed (Fast, Normal, Slow). Units in the "normal" category for speed are unchanged and will function as they did before. Fast and slow are self explanatory. See the changelog below for the list of ships that have been affected by the Fast/Slow speed tweaks. 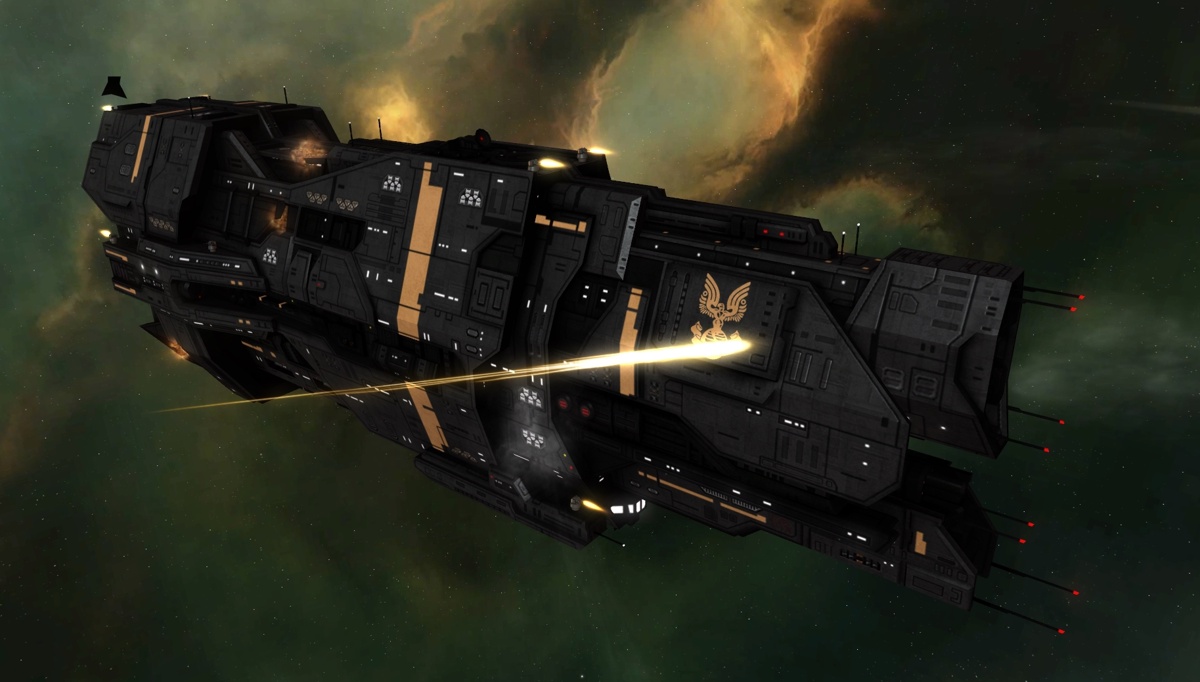 For this update we’ve worked on updating as many assets as possible in preparation for the next big release. We’ve added canon accurate turrets to many of the ships in the mod including naval coilguns on the Artemis, Phoenix, and Valiant. 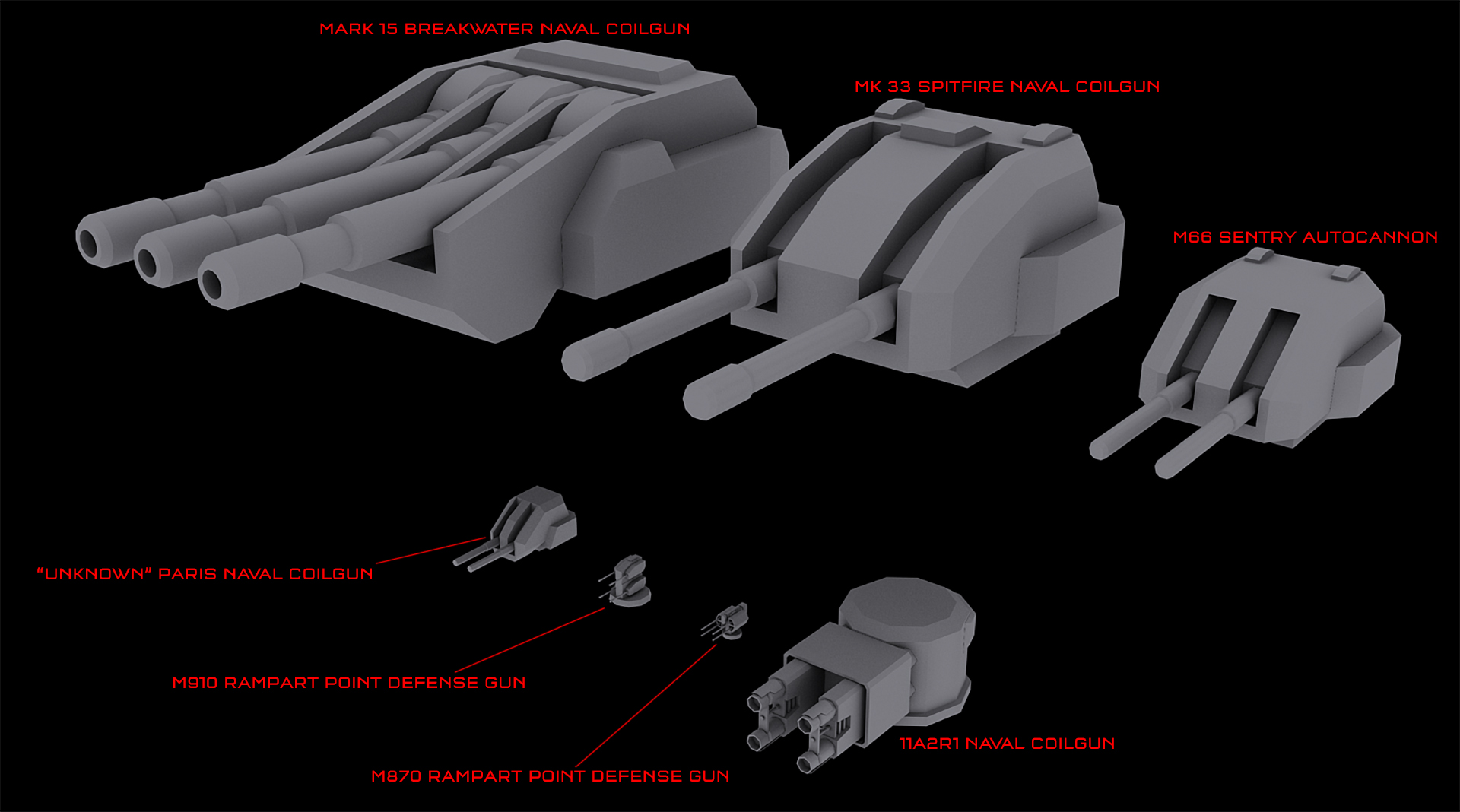 The Cradle finally got its long-overdue canonical size, the Penitence has been given its 3 character designation (DRA) and the Phoenix got a custom Heron dropship particle for its bombardment effect. We've also updated the model for the Marathon-class Heavy Cruiser. This was a real treat to get finished in time and we think you'll love it!

Sins of the Prophets: Marathon heavy cruiser by Malcontent1692 on Sketchfab

Last but certainly not least, Malcontent has added the cherry on top for this update by completely remodeling and updating the old Artemis. 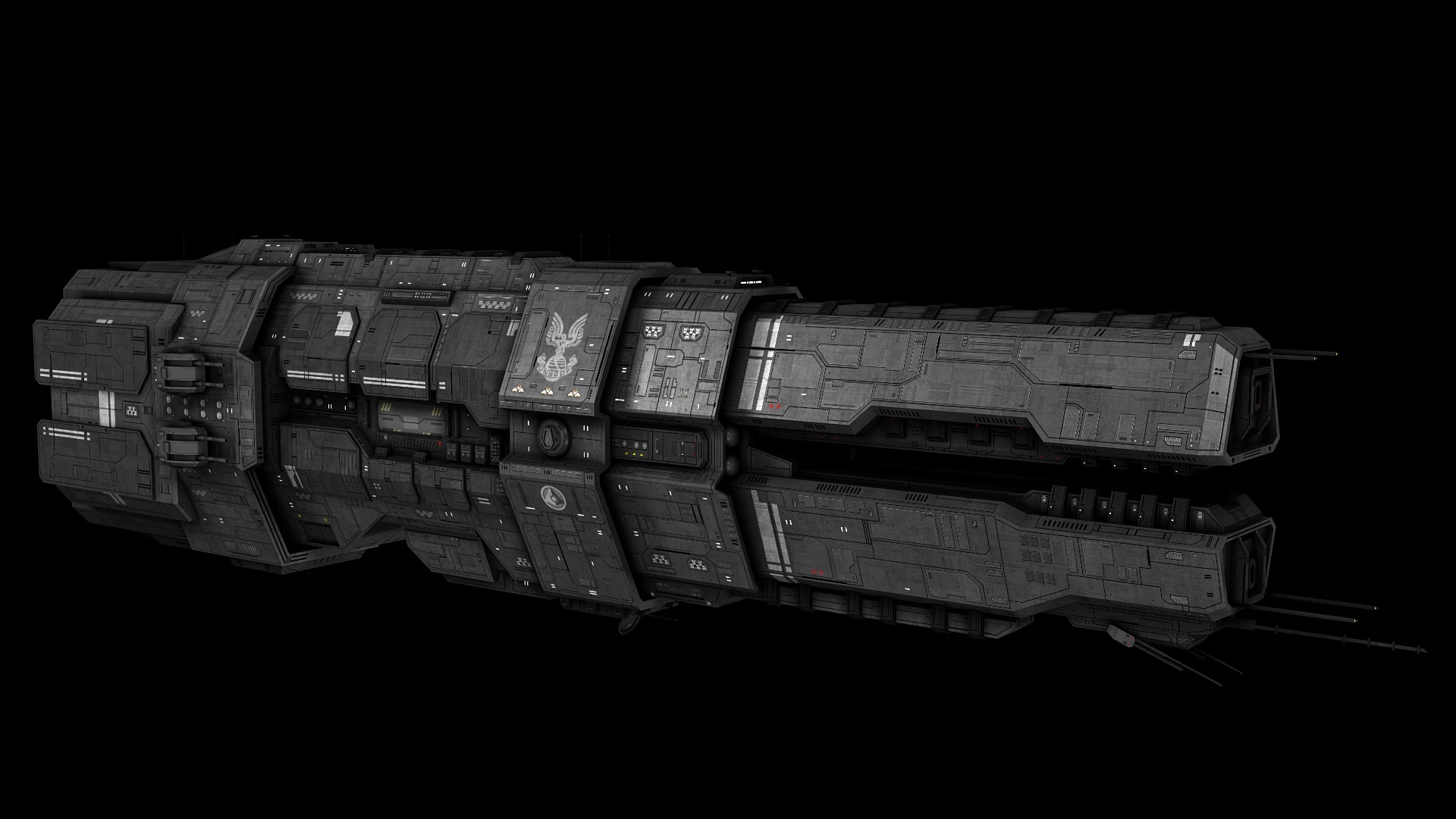 The Arty is kitted out with updated effects courtesy of Cole Protocol, a hull that could make any spook shed a tear and a set of dual side mounted Spitfire naval coilguns for that added kick. Take a look for yourself when you get in game!

Sound-wise there have been a lot of voice lines altered and shifted around to better fit vessels including a completely new voiceover for the CCS-class voiced by Thesk Darram.

As with the previous releases we have been working tirelessly to find and counter any bugs that may crop up in the mod. In this patch we addressed a potential bug involving scouts and wormholes causing a "darkspace" event. To do this we resized wormhole gravity wells and altered the cloak on scouts. A bug where certain units and abilities were unable to attack Patrol Stations and Combat Platforms has been fixed, units should now be able to attack these at will. Lavo found a potential bug with Flood audio and subsequently fixed it. A minor bug with the Longsword having mesh errors was corrected. The DSC had an issue fixed where it would not auto join fleets.

Ships now have one of three tiers of speed:

NOTE: The Flood gamemode is still in a highly experimental state. It is recommended that you play with it off for now.

No comments yet? You don't love us anymore?

YES
now to torture my potato by running the game at max graphics settings.

O 'scuse me, I've been occupied by a most demanding task called "sleeping while waiting for the update"

Love this mod and its updates

YES!!!! SO EXCITED!!!! Always love updates, you guys seriously make my dreams come true with this mod. Thank You <3

Thank you. Comments like this put wind in our sails.

However, I am having an issue with the game speed running way too fast when I'm in multiplayer.

Is this something you're aware of / be able to help with?

or should I be looking for the problem elsewhere?

It's an MP thing where sync issues are occurring with the other person, as I understand it. Something engine-side, not SotP-side. I would search the SoaSE forums and see if anyone had any advice.

try to make a playable flood and forerunner faction

We've tested playable flood before, it either plays really generically and boring or is OP/ ends up in trading ships back and forth forever. Forerunners though we have our hopes for that.

Wow ! Thank you ! You are doing an amazing job !

Love this update, absolutely amazing mod. Question... I am no pro, but been playing with some friends and we can beat medium / hard AI in the base game, but... even the easy AI seem to be ripping our faces off in this build. Is this a bug/something we can fix or are we just super scrubs?

Do these coilgun models mean more UNSC ships will be getting functional coilguns? I feel like Paris in particular could use anything it could get.

The largest of the gun models show really reminds me of WWII Battleship Main Armament. There a Space Battleship Yamato fan on the team, Unikraken? :3

Those guns are actually canon to the universe. The Epoch has two of those monster guns to supplement its weaker MAC. tbf all of the secondary guns are at or significantly above naval battleship levels lol.

Love the mod, great detail and so fun, but this might be my imagination but I feel as if when playing as the UNSC, the mac guns fire at a far slower rate than in previous versions of the mods, just me?