Thanks for voting and helping Generals: Realistic on it's quest to become the 2022 Mod of the Year. You are now in with a chance to score some free games from our #modlove collection. Help this mod secure more votes by embedding the widget (or link) we have included below on your favorite sites.

Major update on the game

How are you doing? Well I’ve been receiving a lot of complaints about FPS issues that happened with TCO last few months. Well, lets say its "fixed". In a way that I didn't like that much, but most of people who I shown, liked. Turns out that is not that bad. But well, as you might know, I do work on UNITY to make TCO. Since then, I've been using HDRP rendering pipeline that gave that ASTONISHING visuals to the game. The day-night transitions, the glares, the sunlit images. All that was awesome to me. BUT, as time move on, the HDRP didn't got much optimized ever since. And the FPS issues kept an issue!

Well, tired of complaints, I did removed the HDRP pipeline and changed to URP. MUCH less awesome, but I managed to make something from it. And Still. I'm trying, please guys, have patience! haha.

Now, with less than 1000 rendering pass (1840 on HDRP frame eater), the game runs in a good stable framerate. More than expected as you can see in the image below. DOUBLE it. From that point of view, the game runs smoothly now. And probably runs better in low end computers over there.

I hope you all enjoy it! This been a hard take, but had to be done. Its a major change to the game and you all are welcome to post your feedbacks and suggestions on this channel. 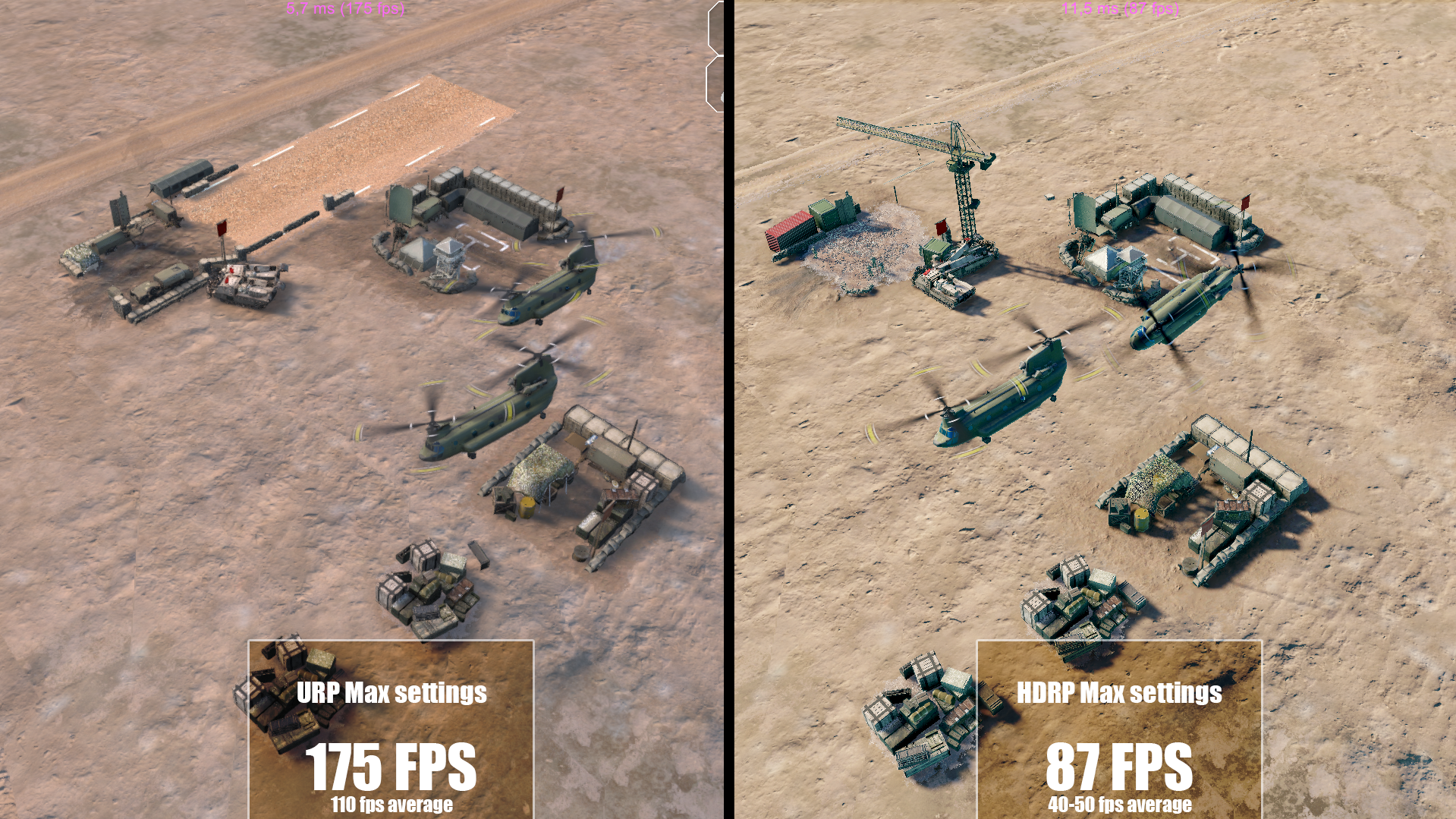 There's some issues around here and there. Please you are all free to post it or ping me about them. Some of them I might even seen it since this move was a very bold move and stupidly hard! (work wise) 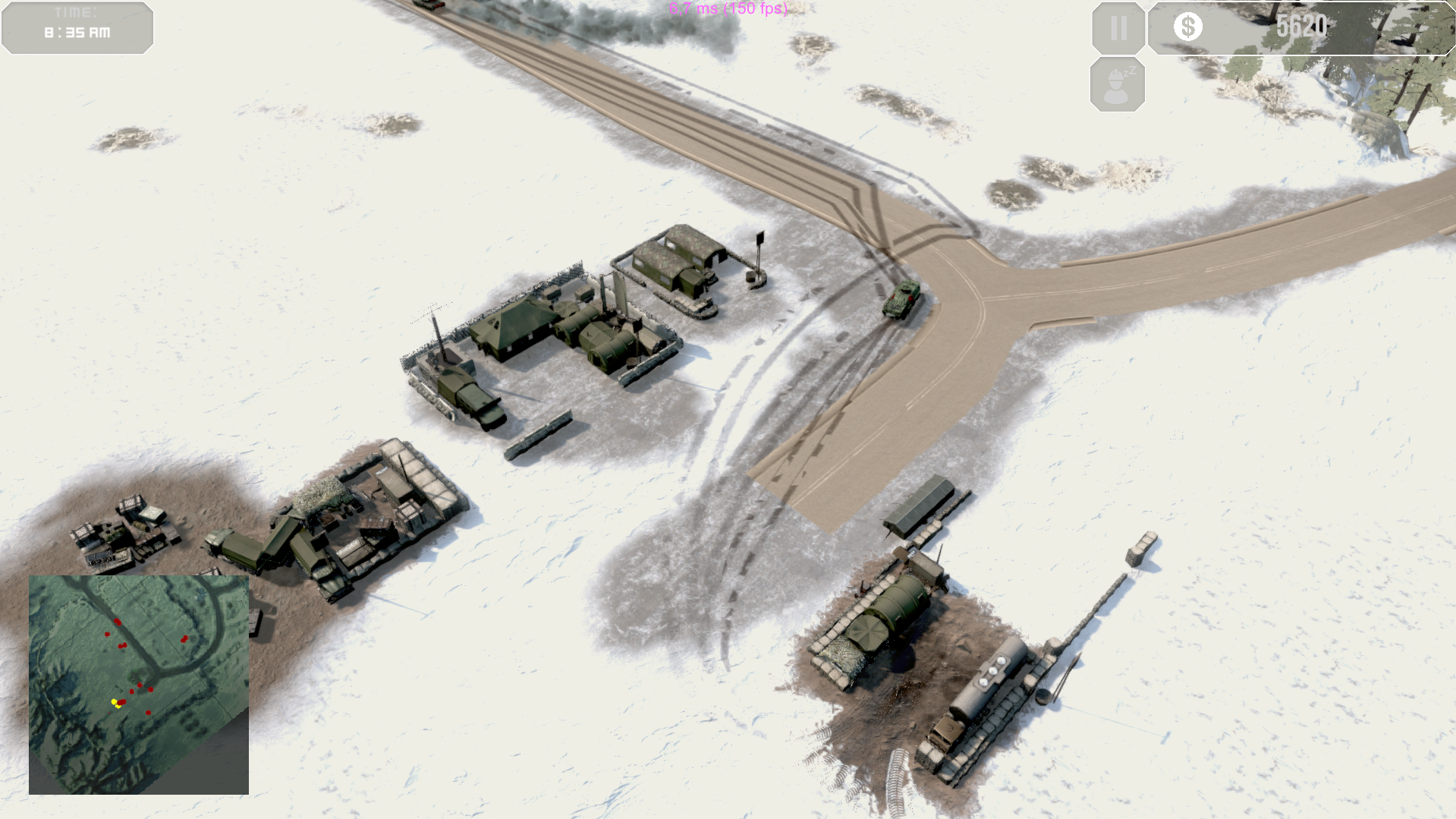 A new update focused on the framerate issues and small bugs.

The game finally got its first official version! I'm very proud to announce that the first version of the game is finally released.

Now, the as the new team of IRAN is implemented, I did another small 2 maps that are fun and engaging.

A link to the demo file that you can download and tip.

Thanks for downloading! Enjoy the mod! Requires the original mod!

This is a demo version for evaluation only. Please, Enjoy!

I have a question, will there be a Soviet army (Soviet Union) or a Russian army (Russia) in the game? Which one?

Hey Felik. Sorry for the late reply, but the entire thing that is happening at the moment is making me goes back and forth with this question. But originally, yes.

Very, very good! Congratulations. I don't understand who criticizes your work. I am happy that there are professionals who try to give their best to entertain the players. It is obvious that the style is not the classic of Generals but it is a pleasure for the eyes ... I hope you will not leave this wonderful mod unfinished

Hi, can you make version for Zero Hours?

There is real skin mod for Zero Hour made by someone else.

Yes, and is called almost realistic skins too.

Name of the mod?

what name of the mod?

i install mod and patch. I throw the mod and the patch into the game folder, launch it and ... NOTHING. as was the usual C&C Generals, the usual and remained. what to do?

sorry. I just wrote in Russian. and forgot that this site is english, sorry.

Hello guest.
Well if you unpack all the files in the archive, you should put those .big files inside the game folder root.

Really cool and fresh idea for a Generals Vanilla mod, looking forward to seeing more of this content :)