AI in Classic Generals is good, but still have a lot to improve. This mod fixes some broken scripts for original AI and adds a lot of new features. AI now uses full of it's unit arsenal, became much more aggressive, has a lot of new attack waves, advanced expansion bases and secondary economy which overall makes the AI more interesting and more challenging

AI now have 3 different ways to rush, previously it was always 1 Humvee and 4 Crusaders for USA, 4 Battlemasters and 2 Dragon tanks for China and 3 Scorpions + 2 Toxin Tractors for GLA.

AI now builds more buildings on expansions:Reactors for China and USA, Extra Barracks for all factions, Extra War Factories for China and GLA, Extra Black Markets and Drop Zones for GLA and USA if they're rich enough.

Secondary economy was improved:USA now can build 3 Supply Drop Zones in their base (4 more for expansions and 7 in total) instead of just 1, same for GLA's Black Markets. China now builds 15 hackers max.

All factions now use all of their unit arsenal.

AI's will be more aggressive in total, especially during the lategame. Also lategame attack teams were enchanced, so it will be harder to defend against them.

AI now never becomes dead without cash and income. Newscript activates when AI's consider themselves in lategame and build superweapons. It checks every 2 minutes if the AI has it's secondary economy established, if yes -> it does nothing, if no -> AI receive 2500 cash. This is a cheat, but it makes AI alive for the entire game and denies situations where AI just stands still and throws general powers and superweapons until it dies.

Some scripts were broken which made USA stuck without money and tech in the lategame. Fixed

AI builds Drop Zone only when Particle Cannon was built. Fixed. Now it does it when Strategy Center has been built. 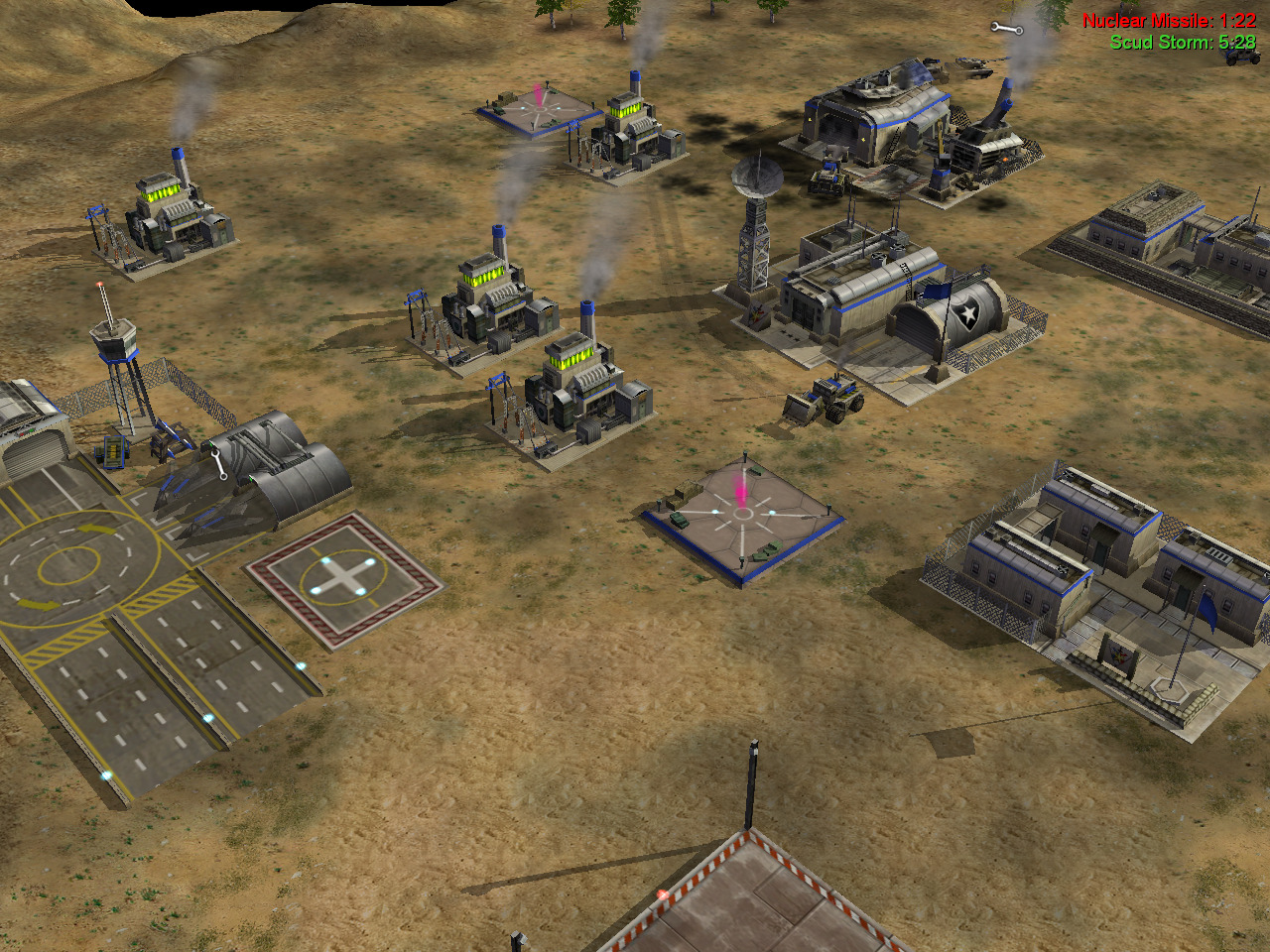 If AI chose Nuke Cannon unlock, it will use them actively. 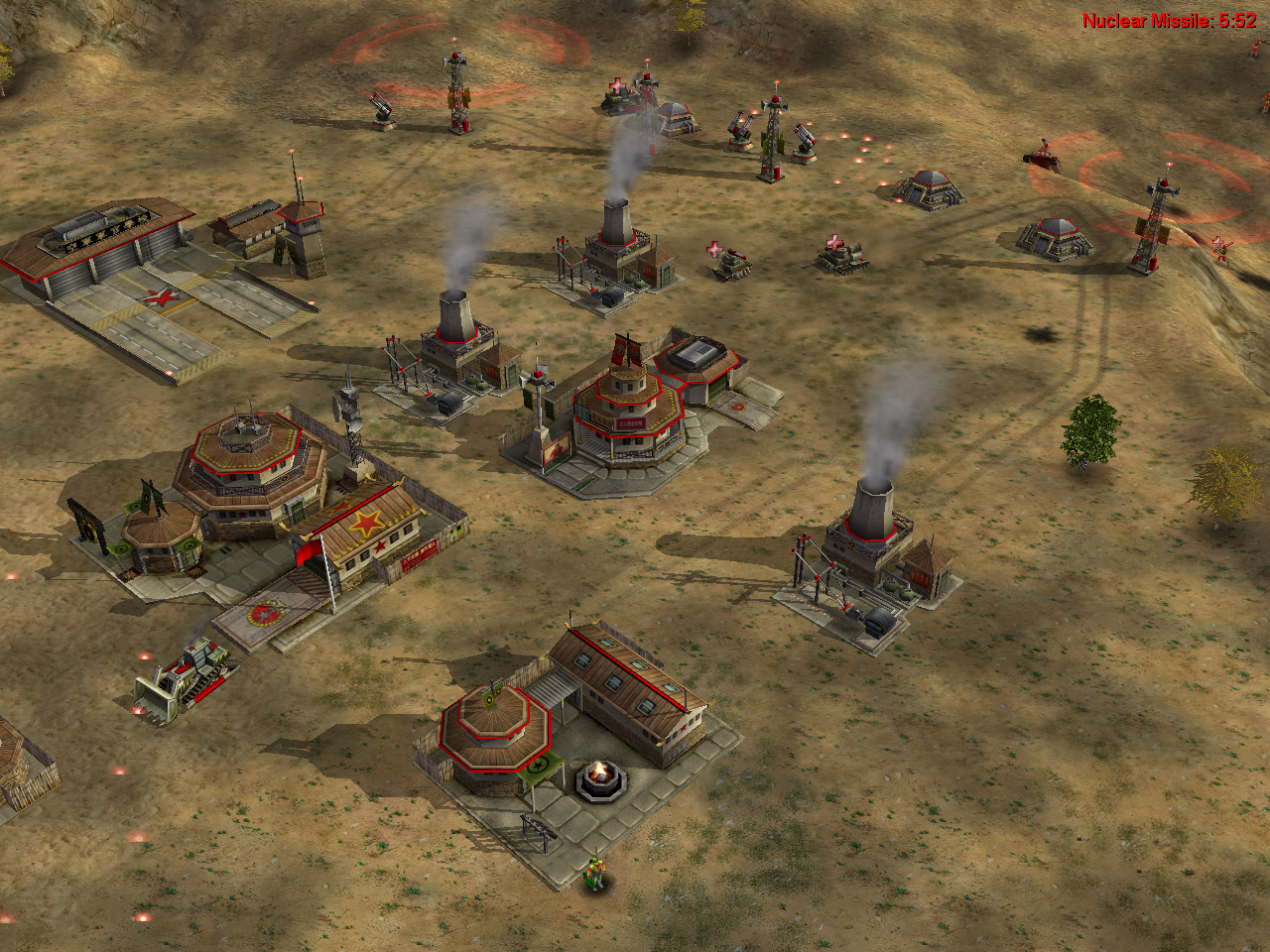 If GLA chose Marauder unlock it will use them actively.

AI will now use Hijackers.

Some Rocket Buggy teams were improved, now they have some escort to protect them. 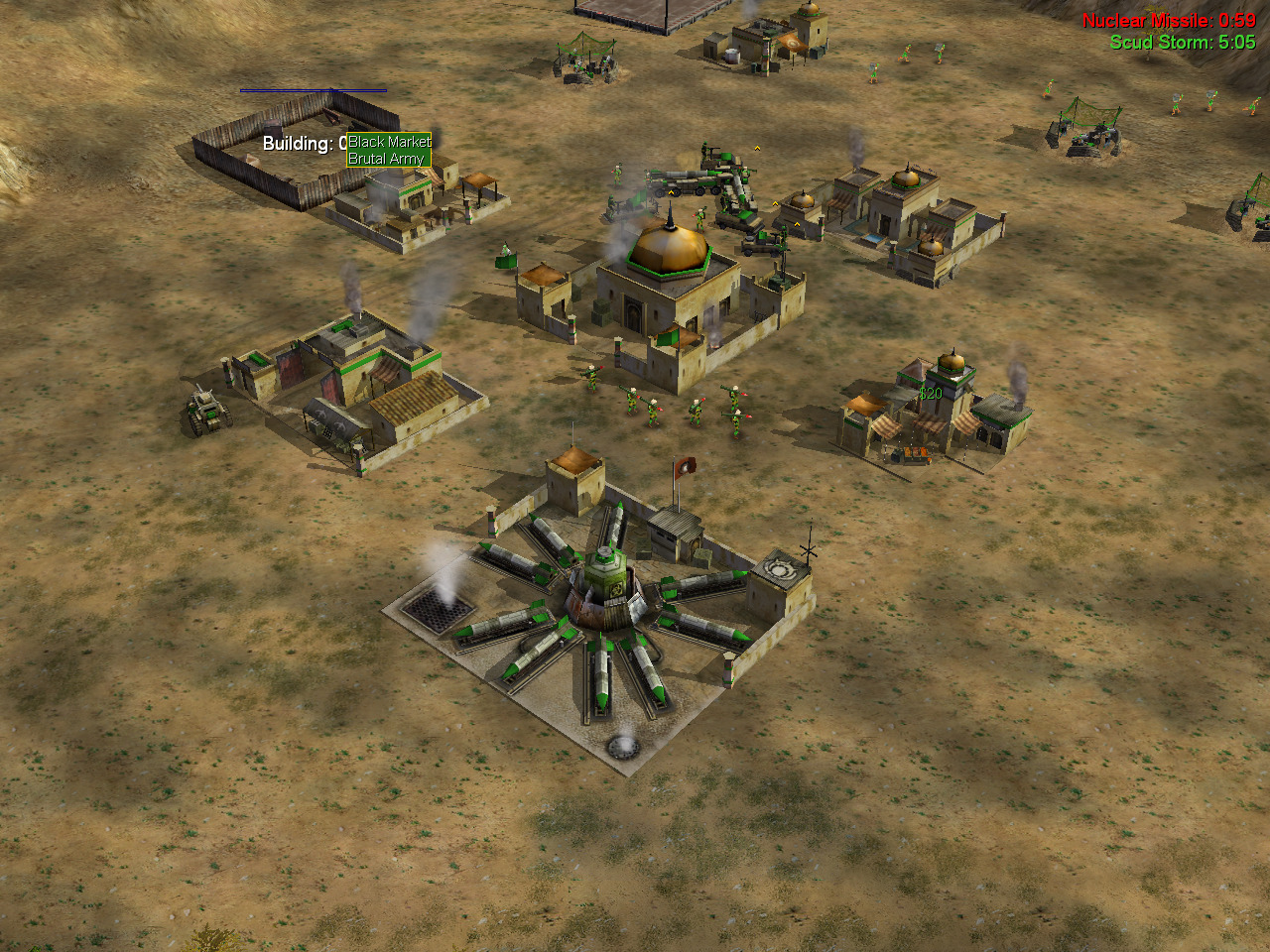 1.0 version of this mod. Work is still in progress, problems wiil be fixed, features will be added. Enjoy!

Been testing the mod out and its great!
Few things I noticed in UVC.
It builds its hackers at the 2nd supply and perhaps its better to build in the mian base.
Some hackers are not used but the AI builds heaps which is awesome. THe AI will redeploy the hackers randomly and not sure for what reason.

Maybe some cool things to add would be;
AI to build more Tech units.
AI Build more defensives.
AI to build defenses at each supply.
More use of Artillary type units.
Stop AI targeting Supply Plans all together.

Note this AI MOD works on 1.8 but Gentools will detect that the game files have been changed. THis wont effect anything other then online play. You wont be able to login to CNConline In game Lobby.

Overall the AI is much better then before. They should add this mod into Gentools. Really nicely done !!! Much Appreciated.

Does this mod work on 1.8 ?
Will there be any updates do you think?
I really really appreciate your hard work on this its really amazing!!

I was excited to see this mod, but unfortunately this only applies to Generals and not Zero Hour. Do you also have one for Zero Hour?

AI will now use Hijackers that is something I always wanted too [:

Yep this should fix cheating AI well somehow they cheat!!!

How to install this mod ?

I remember stumbling upon something like this a long time ago, but the ai cheated quite a bit and built a lot of structures, so it's good to see something more grounded. I would be interested in learning how to edit the scripts for vGen as well given the time, appreciate you taking the due diligence to figure it out yourself.