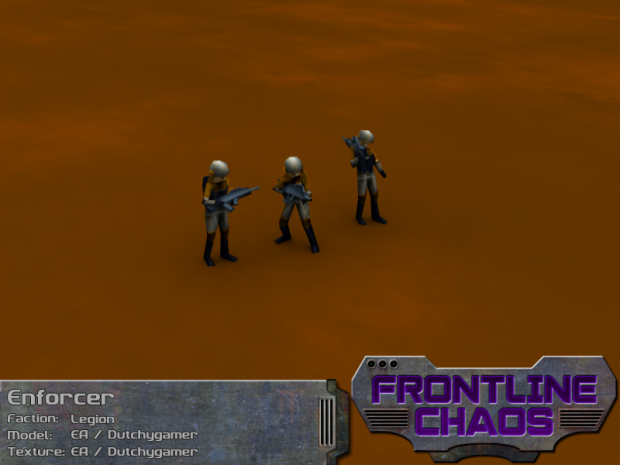 Enforcers form the core of the Legion infantry platoons. Drawn from the armies of their defeated foes, Enforcers are known for being highly trained and motivated soldiers. Each Enforcer is equipped with ballistic armour that covers most of the body, and a LE-2 Service Rifle which can fire accurate bursts even at medium-long distances.

Trained to handle most infantry combat situations, Enforcers can handle most enemy personnel in even numbers. Unlike their Revenant counterparts, Enforcers have neither the training nor the equipment to capture neutral or enemy structures. This role has been delegated to dedicated technical personnel according to Legion doctrines. Similarly, the usefulness of Enforcers against armoured vehicles is limited, and thus must rely their fellow soldiers trained to hunt down these armoured threats.