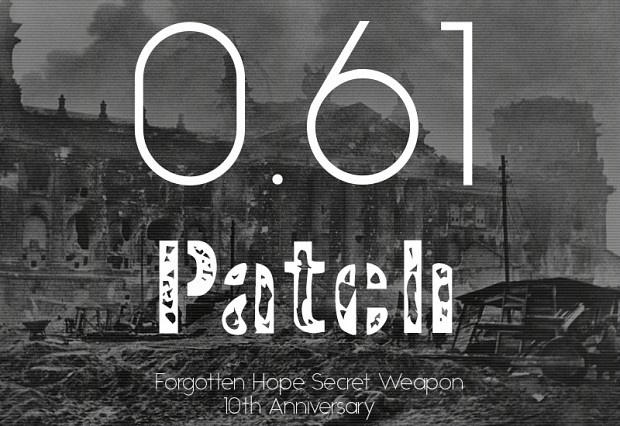 my FHSW 0.61 mappack wont install into the folder thats it suppose to ,it just errors out to a abort,retry or skip box, anyone else have a problem or a solution for me ? id be very thankful. thank you all

Where during installation do you get the error? Can you provide me a screenshot please?

Thank you very much for your reply,kind of weird because I just finally did it friday.it wouldnt go into the folder that it had for a default,which was the BF1942 folder, so I tried FHSW level wouldn't work .then friday I tried,
Run as Admin,lol f**king loaded like a champ, thats all it was.i didnt do it originally because thats not how I installed the others. So again thank you!

Developer i am having problem, any map i want to play doesnot have loading screen, is just grey, and then the game crash. the mod support bots?

Can someone simply explain the installation process, for someone installing all the Forgotten Hope stuff from the start (with only BF42 installed).

developer I have a problem when I go to the server with the fhsw mod, the download reaches the end and the game crashes, how do I fix it?