A report on the progress of Liberty Hell Mod that gives insight on where the dev team is at in the development. 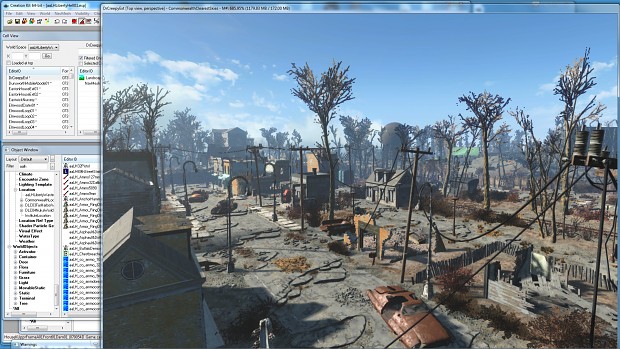 Ramping Up The Progress!

We have gained tremendous momentum in our development since our last progress report. Due to the increase of staff, we have been able to create assets more efficiently, write in-depth background lore, and develop many interiors along with expanding the outside world. These aspects should enable us to achieve our goals more quickly which will allow us to have more focus on the development of Liberty Hell. 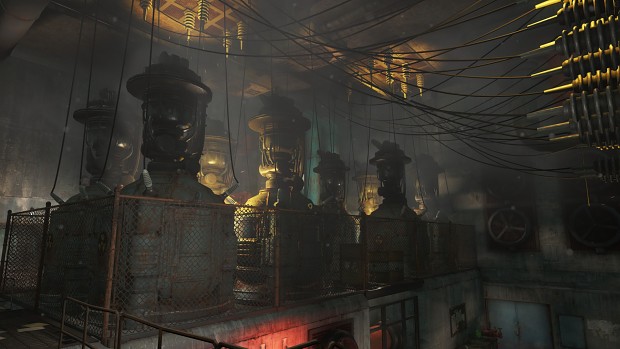 Our interior level designer has been hard at work trying to make rooms that are more believable and immersive than ever before. With attention to detail and improved environmental density, our interiors will leave a greater impact than we had ever hoped. These rooms are on par with Bethesda’s own level design to where it fits in the Fallout universe/world. Each interior is designed with NPC navigation in mind. The troubles of having your companions become stuck in doorways and walls will be heavily reduced. 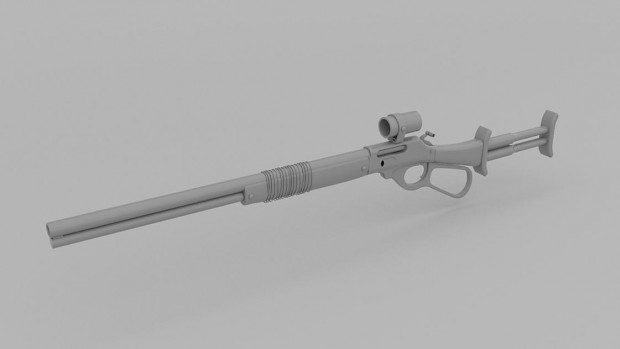 In the latest build of Liberty Hell we introduce some new ballistics! These include two new Sharps rifles from our modelers Carrie and Skyeris. The first gun is the Commemorative Buffalo Rifle which uses .50-90 Sharps ammo. This is a bolt action rifle that needs to be reloaded after every shot, however it does offer the highest damage output (not DPS!) for any rifle in the game. The next gun is a Pipe Sharps Rifle. As you can tell by its name, it is also a Sharps variant. This rifle uses .50-90 ammo as well. The difference between this gun and the Commemorative Buffalo Rifle is that the Pipe Sharps Rifle is a two shot weapon with a lower damage output, but a higher DPS! You can find this gun throughout the wastes contrary to the uniqueness of the other weapon. 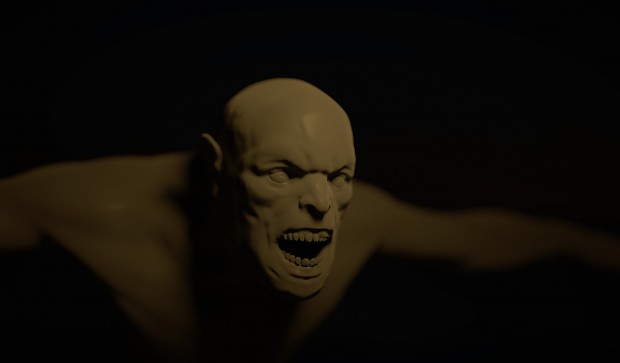 Blair Baskin, notorious for his illustrative works and 3D models, has really gone above and beyond with his Trog. Trogs were first introduced in Fallout 3’s DLC, The Pitt, as snarling monstrosities that would lunge at any unsuspecting person. Blair redefined these creatures in a way that makes them more realistic in the Fallout 4 setting. They have more detail and have had a makeover to further bring out their horrid expressions. These wretched mutants will be found in caves and alongside their brigand masters. This is just one of a slew of new creatures in development that you will find on your journey throughout the Liberty Wastes! 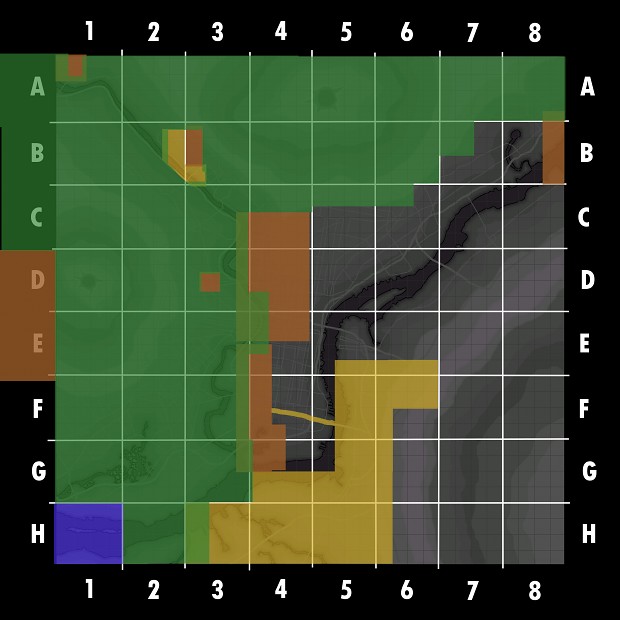 In this update, progress for the Liberty Waste’s worldspace continues to grow from the work of our project lead, Death Leopards! Starting with the Schuylkill River and its corresponding highway, the Surekill, he worked his way northbound until reaching the Conshohocken area. The area is mostly complete with the exception of the Brigand Fortress/Pass. Next, following back to the other side of the river, he completed the areas up to Manayunk which is where he is currently at and has a couple more weeks left to finish before proceeding to Jersey. The map is more than 50% complete at this time with some navmesh being added as well. Expect to see more blue (color key for 100% completed areas) on the map as time goes on. 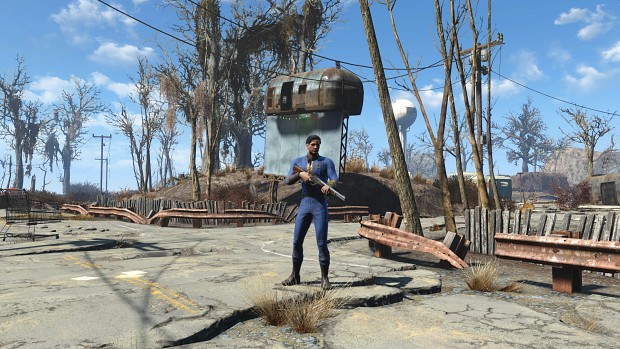 We welcome Sole Survivor as the newest member to our team! He has an extensive knowledge of the lore from the Fallout universe which is essential to writing additional lore for Liberty Hell. His writing style allows him to uniquely incorporate the ideas of the team into the backstory of the project without stepping on the toes of the preexisting Fallout lore. You can expect an abundance of new stories to come. 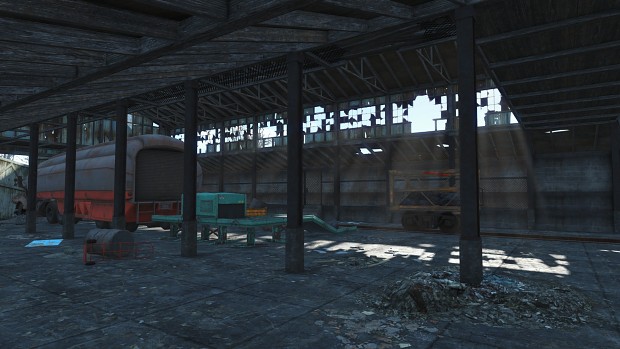 Opportunities Knocking At Your Door

We have openings here at Liberty Wastes Beautification Committee for various positions! Opportunities such as Texture Artist, Animator, and Worldspace Detail Designer are available for the taking. If any of these strike your fancy, then feel free to contact us at falloutlibertyhell@gmail.com . Good luck! 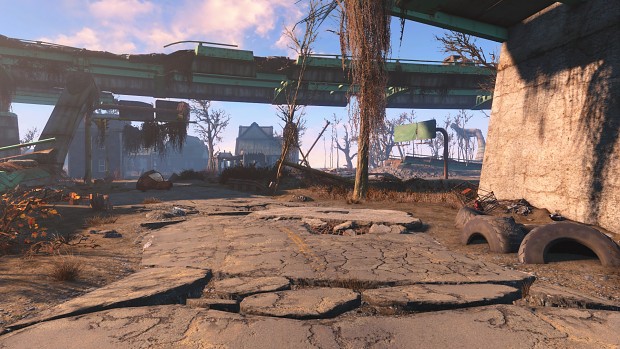 A report on the progress of the Liberty Hell Mod that gives insight on where the dev team is at in the development and where it plans to go.

A report on the progress of the Liberty Hell Mod that gives insight on where the dev team is at in the development.

I think this is done, interesting idea but it is just that, a idea

Just seeking an update on your mod where it is at? How it is progressing and any target date for release?

So any progress on that roadblock? I knownnowntheres thenpandemic going on but i was curious

Will textures be replaced in "Liberty hell"?
Many textures in fallout 4 are poorly drawn and do not have rust.

Hey Wontell, Happy New Year to you!
Mod is still in dev but we've hit a massive road block. All attention has been put on this issue but when it gets resolved, we'll have an update posted (post haste!).

Hello,
what kind of issues/road block do you have if its not a secret?

Some advice from a 40 years old project manager [semi retired].
#1 reason for all Failed Mod Projects is lack of Managing and Gigantomania: the bigger the team gets the more "ideas" and "features" people throw at the project, thinking "we can do it, there's more of us now", it NEVER ends well, NEVER.
You need to have a Plan and stick to it even if your team gets 1000 times bigger, when your done, you can add anything you want.
#2 reason for failed projects is Perfectionism, there is good reason why Bethesda releases the games the way they do, there is no end to Bug hunting, texture fixing and optimizations.
If mod works and you can finish it, release it and let community fix the bugs, mods are by nature community oriented projects
If you cant release a mod in under 1-2 maximum 3 years, 80% chance it will never come out.
So far out of all big Fallout mods, only California lives, all otehr mods failed and lots still in development, and as you know Fallout California is not done yet, now its been ironed by the community BUT IT LIVES, even if the team abandons it and never touches it again, so dont be afraid to release Beta version and release the mod even if you think its unfinished and has some bugs, if its out its OUT, community will pick it up and it will live, but if you keep doing it yourself, your team members eventually move on, get bored, find busy jobs, get married, have kids, get sick etc.
My 2 Cents.

Wontell, thank you very much for your advice, it's greatly appreciate! From one 40 something year old project manager to another, I have had these same concerns in the back of my mind and similar approaches to those concerns. Seeing this from a veteran reassures that we're mostly on the right path. Thanks!