Fall of Saigon is a Vietnam War modification for the Half-Life 2: source engine. The modification will be based in the realism of the Vietnam War, trying to portray things, events, and places as they actually were. The gameplay will also reflect as much of the realistic feeling as the development team is able to portray. The game will recreate the feeling of the jungle, or place the player in Saigon, or anywhere in between. The player will be emersed in all the sights and sounds of the jungle and will be able to use them to their advantage, and if they're not careful, it could be as dangerous as the enemy. Grab a rifle and enlist today. 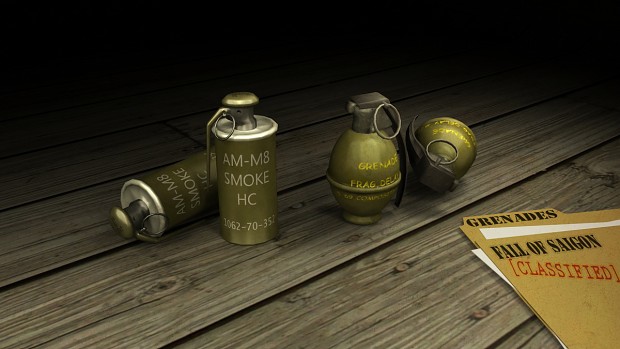 Mantis, such a secksy model. Vim, such a secsky skin. I especially like the smoke.

You guys have some serious talent there!