Since spring of 2014 I have been working on migration of Exterminatus to the 2013 version of the Source SDK. Players should find this version is more stable, has shorter loading times and a high frame rate than the previous Beta which uses the 2007 Source SDK.

Mitch has set up a new dedicated server in Australia ( [AU] Mitch's Exterminatus Server) with encouragement from Ceadda. The new server should be listed in the in-game server browser, but you can connect direct at 223.27.28.16:27015 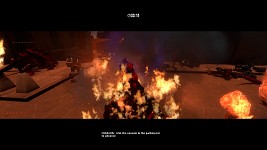 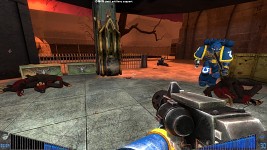 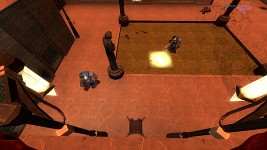 Technically this version is actually 8.02, it took more alpha versions to get to this state than I had expected when I started the migration at 7.9.

I have several more sound effects from DontAsk that can be included in EX, but I don't think they would be worth holding up the Beta release any longer. I expect i'll get around to including them in an alpha patch over the course of the (northern hemisphere) summer.

Waiting for the Imperial Guard :P

waiting for anyone actually play on the servers

Just to die right after the spawn

Alpha 8.04B is out now. 8.04 and B are 2 separate downloads so make sure to get both from the mod's official page on this site.