Ender's Game: Formic Wars will be a mod for Sins of a Solar Empire: Rebellion aimed at recreating the fleet battles from the acclaimed book and recent film. The mod will be a blend of both the book and film, in such a way that best suits SoaSE's gameplay. We're currently looking for artists and coders to help get the mod off the ground. 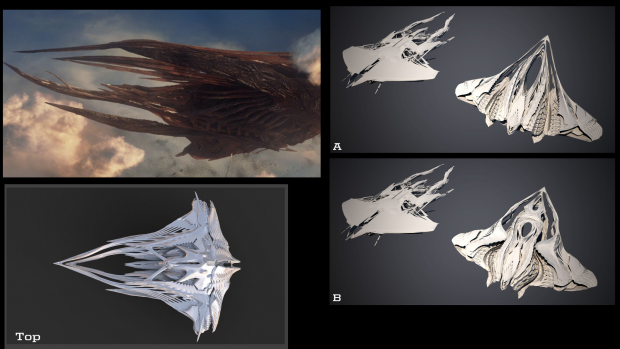 When you can publish a version ?

It'll be some time from now. We've just started the project this month.

OMG! Unikraken is on this?!?! This mod will be amazing. Hands and feelers down.

is this mod ever coming out?

Formic ship design is going to be heavily influenced by the 2013 movie's concept art. In the movie there ended up being only one Formic ship class ever shown, most likely to cut costs. However, we'll be using test renders made for the movie to figure out our own designs. As I see it, Formic ships will grow in visual complexity as they increase in size. The ships shown in the movie itself will be generic carriers/combat ships that will fill out most of the fleet.

(Credit to David Levy and the motion picture Ender's Game 2013.)