Doom Death-Strike Series Is A Series Of Doom Maps. It Is In The Very Early Stage Of Development. In Future And Final Builds, There Will Be Weapons And Other Things Of It's Own. The 'Doom DeathStrike ' Map Was A Little Testing Edition. The Original Series Will Start From Doom DeathStrike 2 . It Has A Story And The Main Focus Is To Make A Wad With Twists And Turns In Story. As It Is In A Very Early Stage Is Development, It Will Take Some Time To Finish All Work.

It's Been Some time since I Have Last Updated This MOD. Doom DeathStrike 2 / DDS2 Is Going To Get It's First Update Very Soon. Even if it doesn't bring a lot of new maps, Yet this is an Important update.

If You Have Played The Pre-Alpha Release than all of you would've Noticed that it had a lot of bugs and other problem. The scripts time were very short two. The difficulties were bad also. And it had only one map.

But This new update (Doom Death-Strike 2 Pre-Alpha Release : Ultimate Edition) Will Give All Of You An Fixed And Extended Version Of The First map. Not only it will contain a Map Fix but also it will contain a Weapon. The Weapon Is SCAR. It will be added as a add-on. So that all of you can play with any MOD. 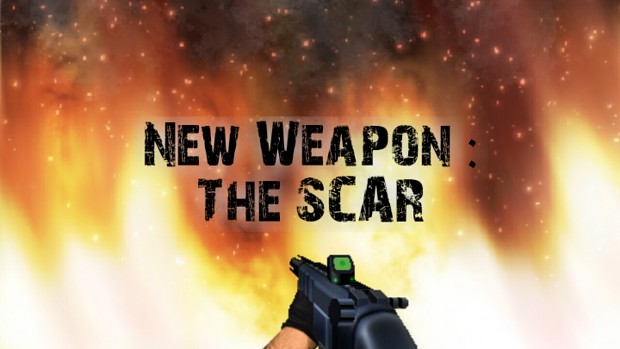 All of you must be thinking what makes the Ultimate Edition Different and more important than the Normal Edition.

This Is Kind Of A Dev-Diary. But this is a news article also. I will release the Ultimate Edition Very Soon. So please stay tuned for it.

Note:This project is not meant for any kind of commercial uses.

Is Anyone Else Bored Solving Mazes, Puzzles In A Fast Paced Game Like Doom? Well I Am Trying To Make A Few Very Simple Doom Maps That Don't Have Puzzles...

Just So Everyone Know, This Project Is Not Dead. I Have Been Working On The First Map Adding More Details And Etc. I Am Hoping To Release A Pee Alpha Re-Release Version Soon.

The Pre-Alpha release is here. As, it is in Alpha, you might find some problems. So, please report them.

Delta Doom Guy, It's Not Going To End. I Have My Year Final Exams Going so its taking a lot of time. But I have finished MAP01 And all the Scripting. So I will release it as a demo very soon.

Meh? What do you mean by meh?

Looks nice... Hope it's not gonna end before it's really starting