Dodek's Improved Sound Evnironment (DISE)'s goal is to create an immersive and enjoyable experience of playing BF2 by enhancing its sound environment and testing it to its limits.
This mod is going to feature DES (Dynamic Echo System) and ESS (Effect Sound System) as well as its own improvements.
This will come as a mod at first and if it gets a lot of interest, I will consider making it an addon, so that everyone can merge it with other mods.

So what is the mod about?
It's about an immersive sound environment for Battlefield 2. It aims to test the engine to its limits. But that doesn't mean it's only going to change sounds. A short list of DISE features:
-Custom sounds (of course)
-Custom animations for most weapons
-Custom vehicle handling
-Small tweaks/fixes for well known yet unsolved bugs (for example wheels snapping back in a blink of an eye after turning, steering wheel and wheels rotation not synchronized)
-Custom weapon handling based, weapon values calculated by an Excel script that should make them balanced, but also realistic, kind of (click on picture to view the whole thing): 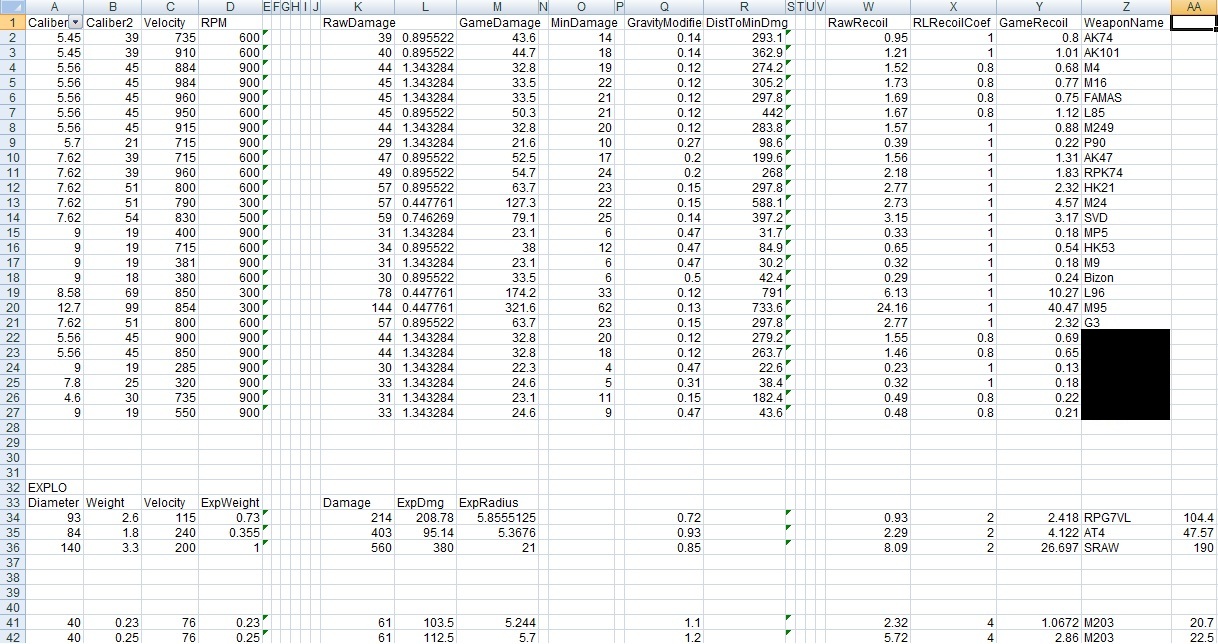 A patch that addresses some of the issues present in 0.75 version

This pack contains levels for DISE mod + a fix for shooting fish.

This is a not completely finished version of DISE mod. DOWNLOAD THE LEVELS PACK!!! Link in full details

If this mod us still alive please add sounds,3d iron sight's and animation for all off the weapons! Please that is the only thing that this mod need!

Great mod, I like the new FX for the guns and footsteps. However why are there only 8 bots on a map?

How about some help over here? :/ i downloaded the mod put it in the mods folder, downloaded maps, made a Levels folder, placed all maps in it, replaced the effects folder, installed the patch but i cant launch the mod... i have BF2 1.5 and xpack core addon (i don't have money to buy SF). After i launch the mod with the .bat or make a shortcut i just see a black screen and then the game closes with no errors :( Help please!

You, sir, revived BF2 for me. Thank you!

Quick update: Dl.dropboxusercontent.com
This map pack contains a few new maps.
Also, I sometimes stream DISE: Pl.twitch.tv (in Polish so you might not understand *a few* things)

If the mod has been dropped, at least make some of the components and important parts available to other modders as a resource.

? They can just download the mod and if they are real modders they can look into the files?