Destiny of the Galaxy

Cmdr_Fusion wrote: This mod will follow a series of events that occured in the EU/Fan-Fiction book I wrote a year or two ago, Destiny of the Galaxy. Although the story itself followed the Jedi more than it did the Clones and Droids, there is no possible way anyone can possibly remake the duels that took place during it with the Battlefront II engine. Instead, this mod will follow the main Clone Legion, the 404th Recon Troops, and their absolute enemies, the CN-92 Nemesis Droids. These maps were also developed as what I saw as "The Next Battlefront," reminding people that Battlefront II was not out yet during initial planning. The formations of the maps seem like they were designed for balance. Symmetrical locations are often common, I always saw this as a strong point in Multiplayer matches. The series will run for 13 maps, even including a Phase 1.5 section.


The story shall start with the Phase 1 404th troopers, in their first ever battle on their home planet of... 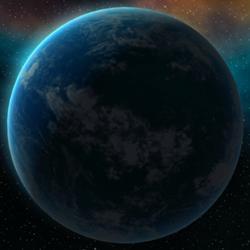 Kamino- Clone Command
- The aquatic world of the Clones and Kaminoans is now under attack by a group of CIS droids. The 404th's first mission is to protect their home base and take out the droids before too much harm is done.

THIS PROJECT CURRENTLY ON HIATUS

Beta sent out to testers

You know what that means? It means that map 1 is almost complete! :)

Hey everyone! :D Interest is really starting to pick-up, and the first map in the series is almost done. :) As you may have noticed, images of the KotOR...

Hey guys. :) Many things have happened over the past few days, so I'll bring you up to speed. :) Kamino is almost done, sides are complete, map is...

I guess DZ13 is late (again :P) with the news, so I'll do it instead. Well, I believe some progress has been done on KCC, the "music" that...

Is there a discord for this?

so a fanfiction story... no thank you..

sorry! D: I can't even remember what happened to the whole project. Life I guess?

one of the best mods is dead o-man

Single & Multiplayer
Tags
Embed Buttons
Link to Destiny of the Galaxy by selecting a button and using the embed code provided more...