Loosely based on the classic Half-Life modification Frontline Force, FLF puts teams of attackers and defenders in a battle against each other over control points of a map. Players are assigned to either attack or defend for each round. Upon initial spawning, attacking players are locked in their spawn area while the defenders get a grace period to get into their defensive posistions. Once the warmup time is over, attackers have a set amount of time to capture points scattered throughout the map. Points are captured by pressing the +USE key on them repeatedly. After each death players have a chance to select from one of 24 loadouts, each with their own pros and cons. A good mix among your team will be essential to having the ability to succeed on the battlefield. Some, for example, do not have smoke grenades, while other don't have frag grenades or flashes. Some have powerful rifles or machine guns but move slowly, while others can run at faster speeds with small arms. 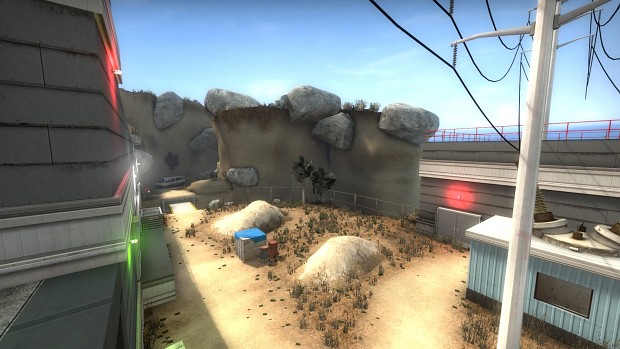