Counter-Strike is a modification (MOD) to the excellent game, Half-Life. It modifies the multiplayer aspects of Half-Life to bring to it a more team-oriented gameplay. Counter-Strike provides the player with an experience that a trained counter-terrorist unit or terrorist unit experiences. The MOD is team-based featuring one team playing the role of the terrorist and the other team playing the role of the counter-terrorist. Each side has access to different guns and equipment, as well as different abilities. Maps have different goals such as: hostage rescue, assassination, bomb defusion, Terrorist escape, etc. Weapons include the usual assortment of pistols, shotguns, assault rifles, sniper rifles, grenades, demolition devices. Each side has access to a different subset of weapons so for example only the counter-terrorist can use the M4A1, and only the terrorists can use the AK-47. We are confident that we've created a MOD quite unlike any other.

RSS my what a gun? (view original) 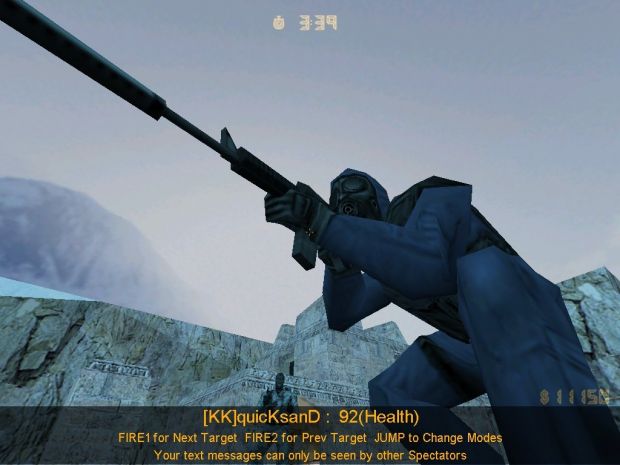