This version of Counter Strike Xtreme surely came to shake, as in the previous version the game was very attractive because many Mods and effects on many news and more. Version 6 follows the same line as the previous, but with modifications to the law there. Its interface was modified inical, my opinion is that the former was better, if you speak the same story content changes, and the New Skins will too. We added several other weapons with a very cool visual, since the guns until Machines Guns and not to mention the equipment, where HE's are shaped Pumpkin, Heart, Cookie, among others. Already rifles had two changes that I found the best one simulates a jogging stroller with a monkey riding. (This was Jewel) and other Rifle is a guitar where your shots emit musical notes. (Very well done). Summarizing. It is worthwhile to download Counter Strike Xtreme V6. 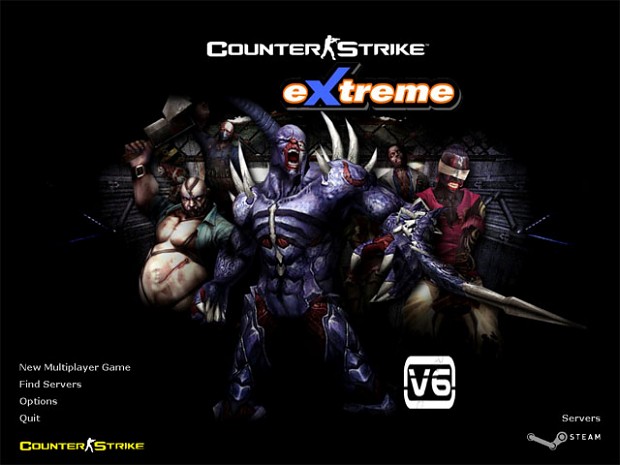 This is awsome, i downloaded it and I LOVE IT.
This is just what i wish :) Thank you!

thank you very much man! =D i appreciate your feedback ((:

thanks for the game can I ask something?? how can I fight zombie bosses? sorry newbie

I'm sorry if this is a late reply but the CS: eXtreme cannot work if it does not have the required components. What are the components?

pac you too =D

i cant do i finished download but i cant do i dont know how to run this, cs

Why can nobody use proper grammar here

No its not dont spread lies kid