Commandos 2: Destination Paris, is a modification of the game Commandos 2: Men of Courage, originally made by Pyro Studios. Most of the original game has been changed, to give the player a new and exciting Commandos experience. Pyro Studios are no longer making Commandos games in the style of Commandos 2, which many people are fans of. This mod gives people almost a new game, without having to spend a penny. The mod has been made more challenging, to stop you from completing it too quickly, so you will get a long game. It will challenge even the best Commandos players. Nevertheless it has been calibrated for novices and for people that are a bit 'rusty'. Commandos 2: Destination Paris contains all the main and bonus missions (ALL modified) from Men Of Courage plus more than 200 fan made missions and ALL the maps from 'Commandos 3', 'Behind Enemy Lines' and 'Beyond the Call of Duty' (of course all with a modified mission) plus a few more bonuses.

Another major update for Commandos 2: Destination Paris! The mod now contains a total of 324 missions!

Download and extract the ZIP file, then run the EXE to install the mod.
Requires Commandos 2 to be installed on your PC.

Discuss this mod at the Commandos HQ Forum 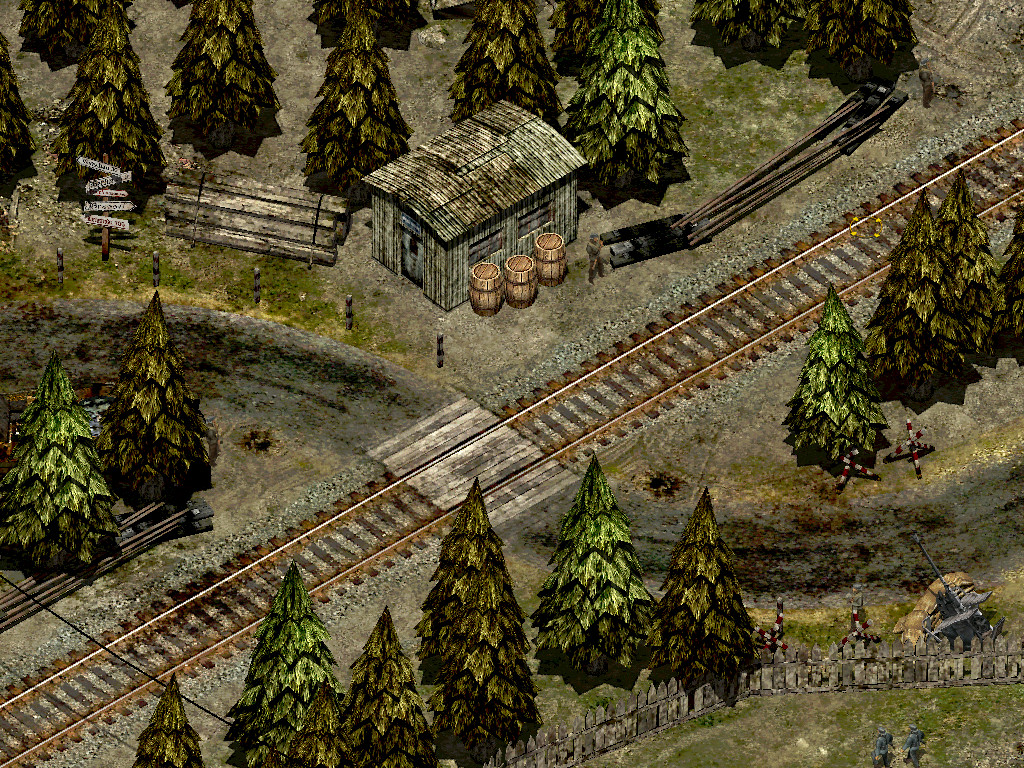 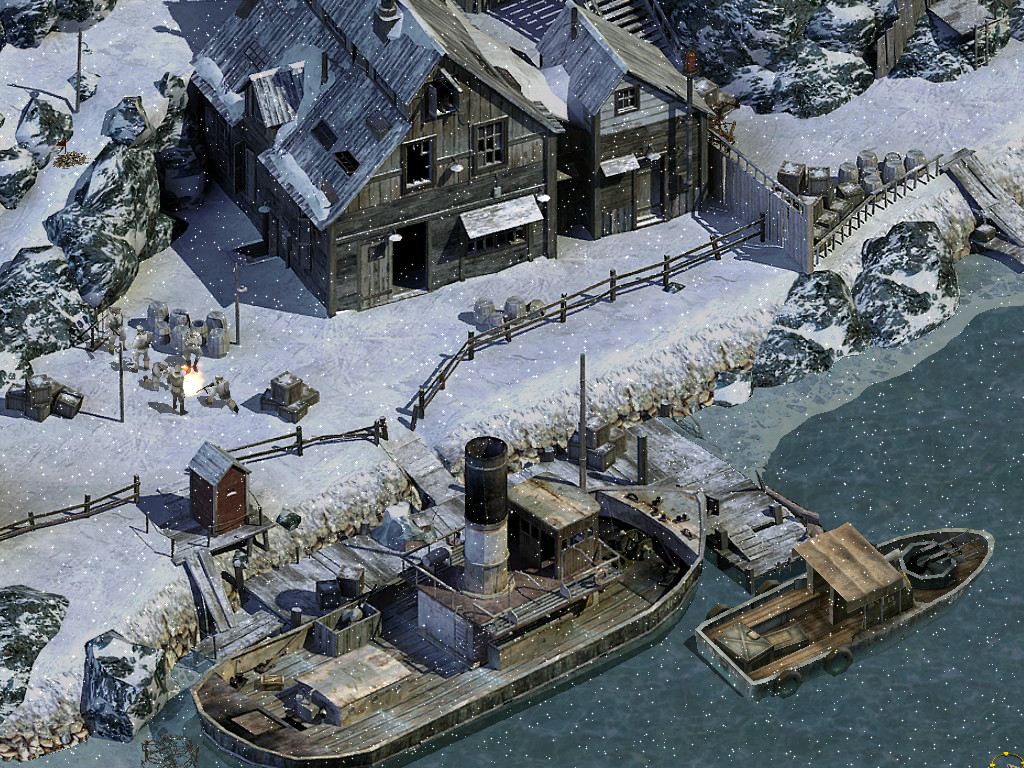 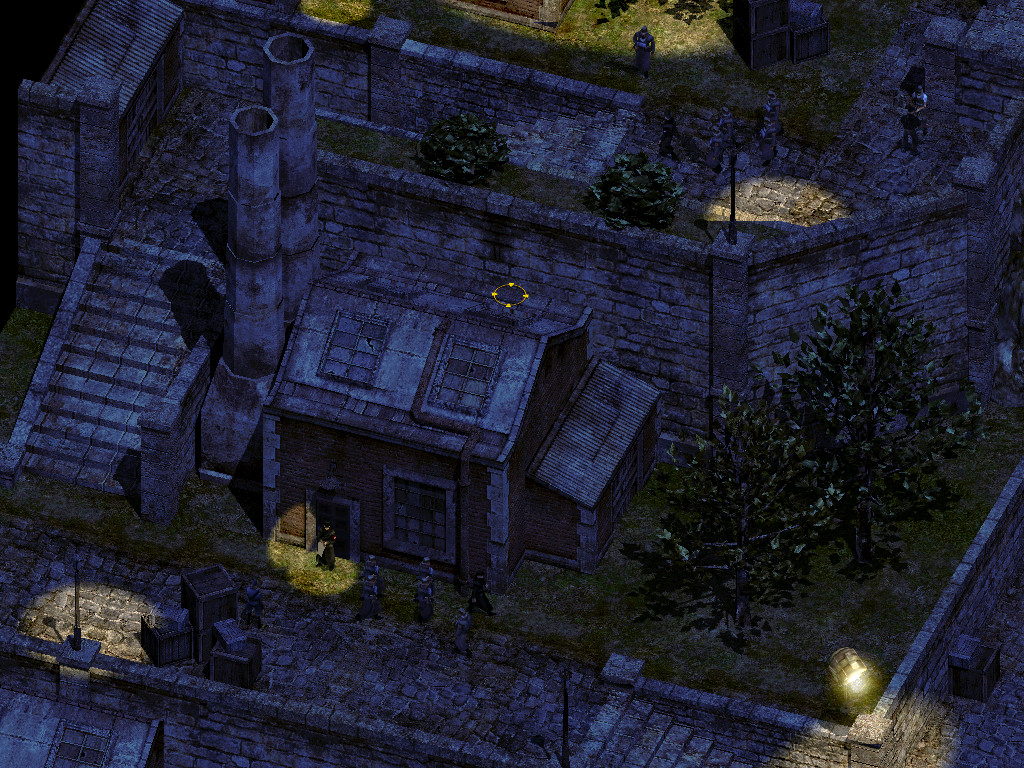 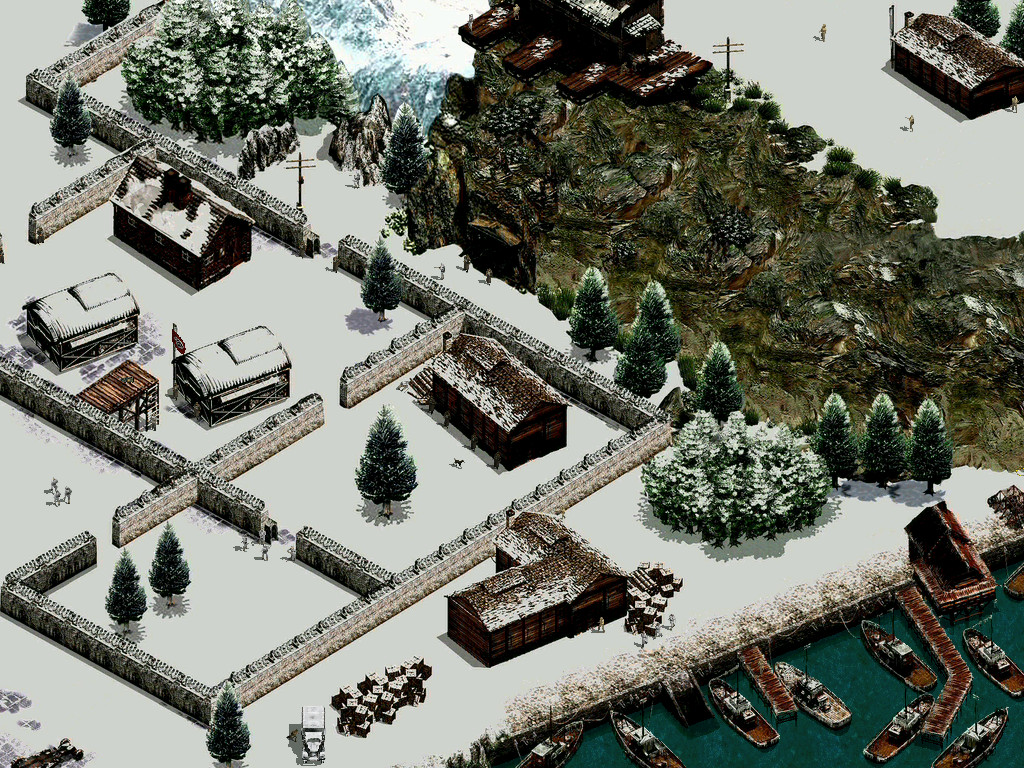 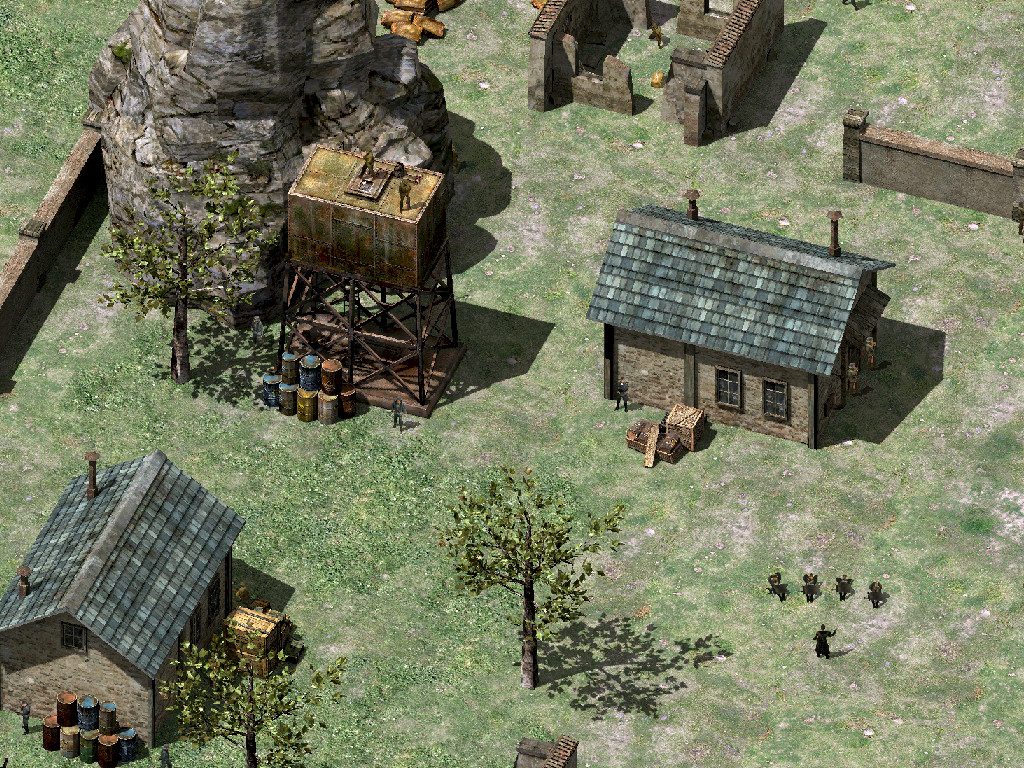 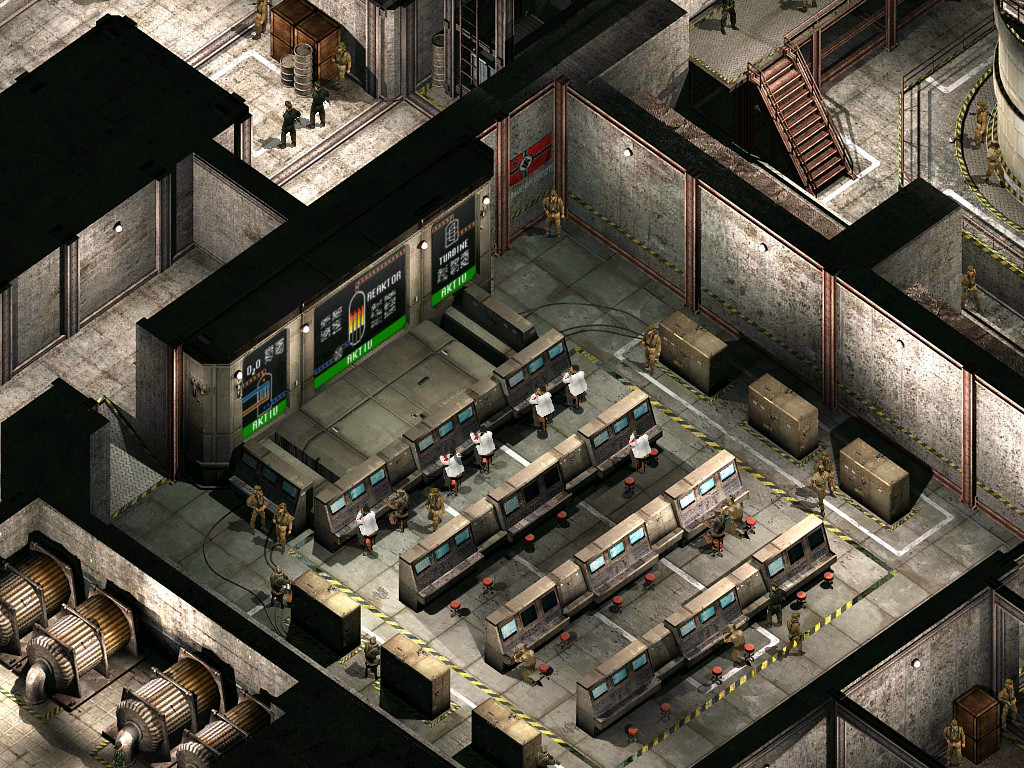 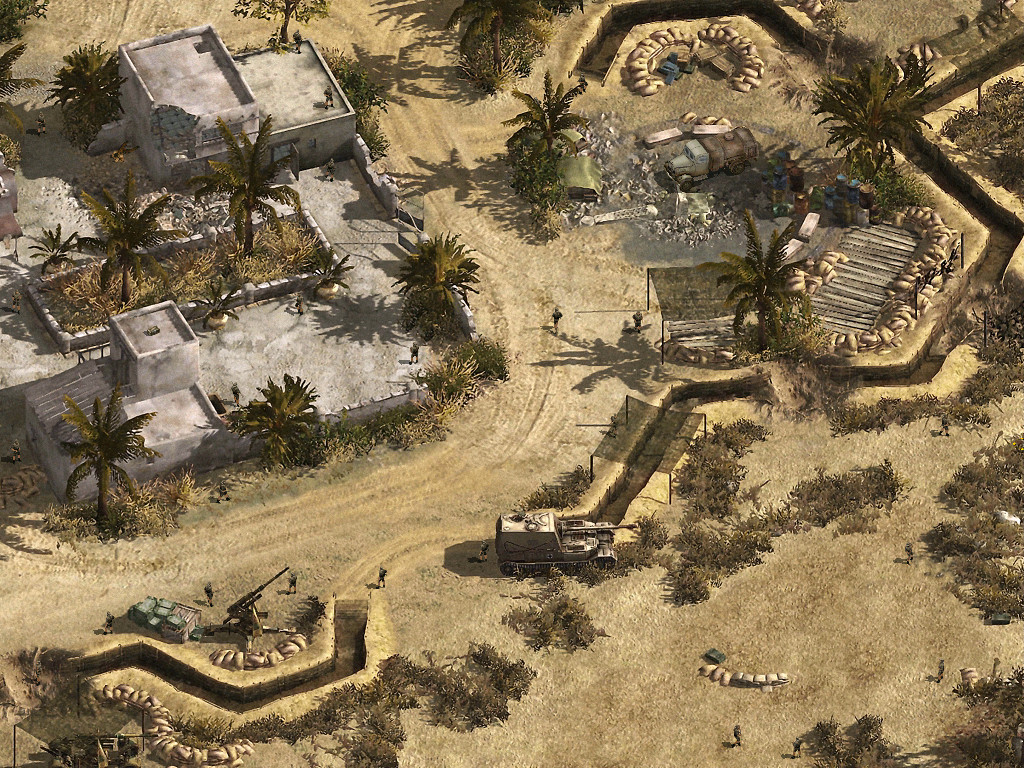 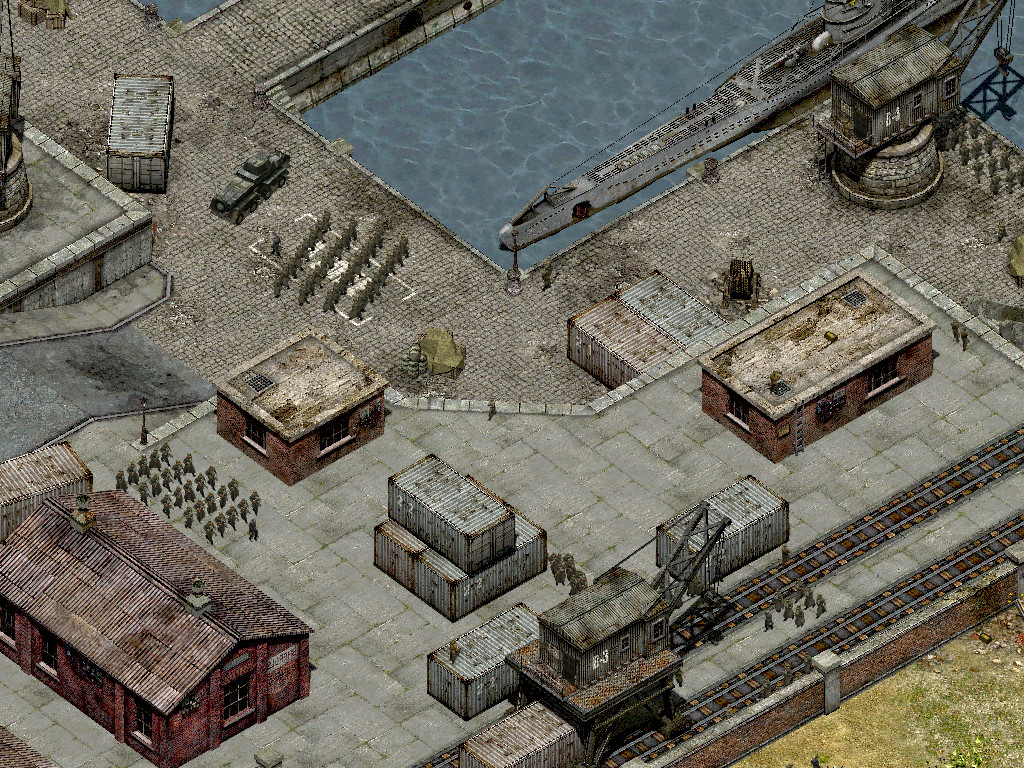 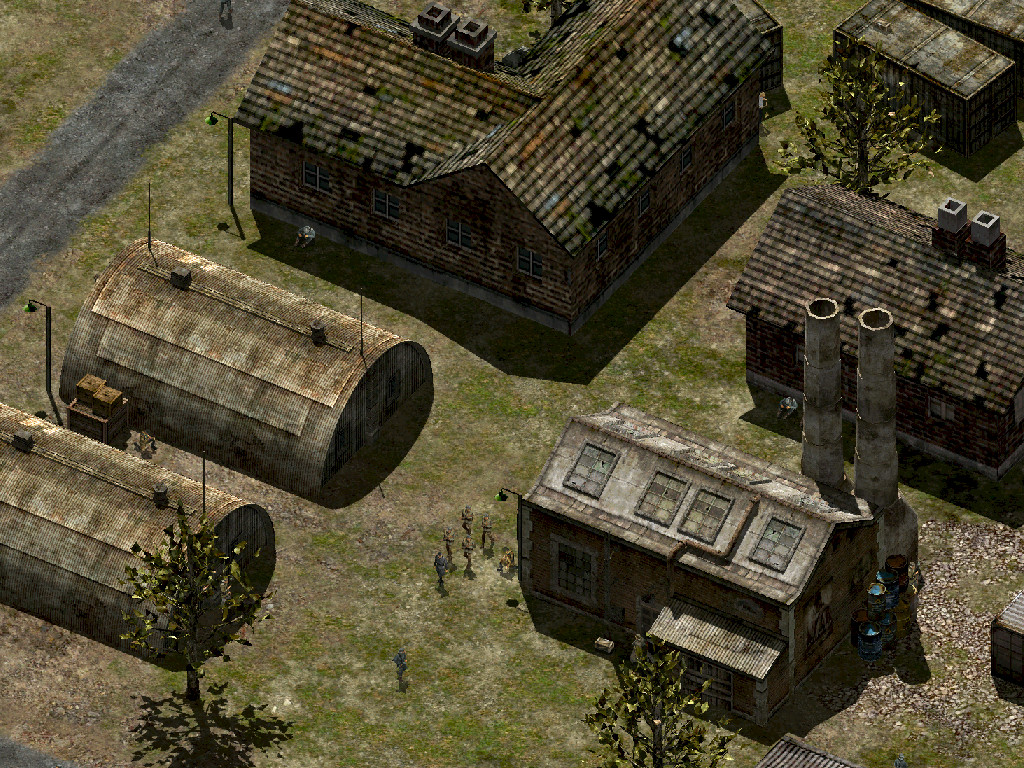 Super excited about this! Really looks amazing.
I'm downloading right now.
THANK YOU SO MUCH!

I would advise anyone to first play the original games in the order of their release. Behind Enemy Lines -> Beyond the Call of Duty -> Commandos 2 (-> Commandos 3 if you like) -> then install and play this mod. If you've never played Commandos before, you might be overwhelmed by the difficulty of Destination Paris.

The missions from the first game are not a 1:1 conversion, it wasn't just a copy&paste job ;) The file formats in Commandos 1 and 2 are completely different, so every single resource had to be converted (tool-assisted of course). All the mission scripts had to be rewritten from scratch. So the missions might look the same, but they "feel" different.

Thank you so much for this!!! Its awesome!! Years ans years looking for something like this and I finally got it.
I started to play the mod (just finished the training 1) and I have a question, what is the order of the missions? I have to play all the Commandos 2 missions and then the missions of the other games? Or how could be selected?

This PDF contains the passwords for each of the 324 missions:
Forums.revora.net
It's up to you in which order you play the missions :)

Sorry, you can't view or download this file at this time.

Too many users have viewed or downloaded this file recently. Please try accessing the file again later. If the file you are trying to access is particularly large or is shared with many people, it may take up to 24 hours to be able to view or download the file. If you still can't access a file after 24 hours, contact your domain administrator.

Hi, sorry for the trouble.
I just added an alternative download link in the description.

Hi...what difference with commandos 2 plus?

Why don't you find that out by yourself? :)
A little further up I posted a PDF with all the mission passwords.

I've got Commandos 2 installed trough Steam, but I'm getting this error when running the mod: "Wrong Disk. Please insert Commandos II Game Disk."
What am I doing wrong? What do I need to do to install it? I hope to try this mod soon, thanks!

Same problem... please help!! How to install and play if i have commandos from Steam!?

Thank you! Now it's working and looks really nice... For sure I'll spent lots of hours with this mod

Hi. The game crashes at the very begining, showing the pointer freezed. The sound of eidos still running but the stops. I´ve tried the regular commandos 2 from steam and works fine.
Plz help!

No, it's not possible to change the language. During the installation of the mod you can choose between English and Chinese, that's all.

What patch do you mean?

It's crucial that you have the original Commandos 2: Men of Courage installed on your PC before you install this mod.

Thank you so much for continuously working on this despite so many years since release!

Hello, the game crashes for me moments after having the portraits on the top of the screen turned on (and they are by default). The portrait flickers for a moment with what seems to be a bigger version of itself and then the game crashes. Thank you for the mod anyway though

i installed the mod, and i can launch the game, but when i load a mission all textures are black, and the basically the whole enviroment too.
any idea how to fix this?

keep up the nice work!

I download the file but it says that i need the disk 1 then 2? What shall i do? I have commandos destination paris 1.46 mod. please answer me.

I have noticed that there are no longer Elite Machinegunners (actually there are Machinegunners which have farther view but they lack the camo skin as in previous versions of the mod) and various SS Officers, only the Patrol Leader SS Officers are in the mod now. Is this intentional or something occured with the files? It may also be possible that you have removed them from the Commandos 2 missions, I haven't done all of those yet.

dear Herbert friend,
thanks you forst of all for your efforts. pls help me:
1 .I have already intalled mod 1.46 in my comp. pls advise what is the differnece between 1.46 and this update that you added - destination paris 2.0
should i install this mod? will all missions from 1.46 mod be there as well?

This is amazing and much better than the current (2020) remaster. So many classic, new, & exciting missions. Thanks for putting this together.

Wow, this mod is amazing, brings back memories from 2004 when my dad used to play this and he helped me too when I tryed to play

Does anyone know the fix for the bug in which your camera is dead locked into the top left corner of the map? The ground is also black. Game is running but i cant do anything.

Can you guys Give us the Highest quality versions of mateo pascual soundtrack that can be found for the missions? along with the menu that is the only thing to me i think this mods been missing the music in game breaks the feel, btw do you guys plan to rework your mod to work with the remaster going foward? i hear talks of modding tools & such in the works anyways thank you for your work & keeping the series alive.

it works on the commandos 2 HD remaster?

No it Does not the files for the game are compiled diffrently in to one file not folders so using a installer for non remastered version or any mods at this time for that matter will not work with it but people are talking on revora fourms if you look up for updating their mods improving the game & even restoring cut content from the remaster once tools are their like the authors of the commandos 2 hd project stated.