Burning Empires is recruiting! If you have experience with C#, or the Bannerlord Module system, please contact us here, or our discord channel! Talented modellers and artists are also welcome!

Introduction:
It has been over a millennia since the birth of Rome.
As the city grew from a collective to a republic and finally into an empire, its reach is vast and territory expansive. However, it all threatens to come undone by chaos inside and outside its borders. Civil war is not a strange occurrence to Rome, but the Empire has grown too large for one man to fully govern it, so it is ruled by two brothers: the nervous Valens in the Eastern provinces and the volatile Valentinian the Great in the West. Barbarians continue to threaten Rome's stability and future. Saxon raiders have reached Britannia's shores in search of plunder and glory whilst the Picts cross Hadrian's Wall and the Scots depart Hibernia to pillage Roman lands. The Alemanni cross into Gaul and the Goths have reached Thrace in search of safety. Leading his Berber supporters, Firmus the Usurper revolts in the rich province of Mauretania against Imperial authority, eager to control it's resources and populace. Discord and mistrust with Quadian tribes culminates in the death of their King, leading enraged hordes to cross the Danube to devastate Pannonia. As more and more Goths pour into Thrace, they bring with them tales of an unknown horde coming from Asia...
Will Rome weather these crises, or will she crumble?

Burning Empires is a historical total conversion mod for Mount&Blade Bannerlord, set in the year 375 CE, a hundred years before the fall of the Western Roman Empire.

Shoutout to the Spear rework mod, and special thanks to KingKilo for implementing it and creating/updating the module!

Welcome to the third developer blog for Burning Empires!

We have some very exciting news to share with you all regarding our very first alpha release!
Please note that it isn't a full release and serves to showcase the finished models, scenes and troops.
Understand its very WIP so things still need to be polished and improved but we are anxious to show you guys what we have accomplished so far! So this Devblog will be broken into 3 sections : FAQS, Showcase and Future Plans.

So let's start with a few questions to get everyone somewhat up to date and what to expect with the first public alpha.

When is the first release?

How many factions for the first release?

We have 2 factions, Replacing the Battanians and Imperials.
General Germans which will be broken up at a later date ,and the Roman Empire which of course will be expanded to differentiate west and east. But both are varied and playable with much more to come!

What happens to the other factions, do they just not have any troops
or are they not on the map?

The other factions are unchanged.

Is the map europe or caladria?

For now it's just Calradia.

Is there going to be a new map ?

We have a work in progress custom map of Europe made by Levente. But for the alpha release we will keep calradia to make things simple.

Are all the city scenes you guys have worked on be in the first release?

There will be historically accurate /new scenes added into the game for testing, replacing scenes for the new factions!

Will there be various mercenaries according to different cultures?

Sure, but at a later date 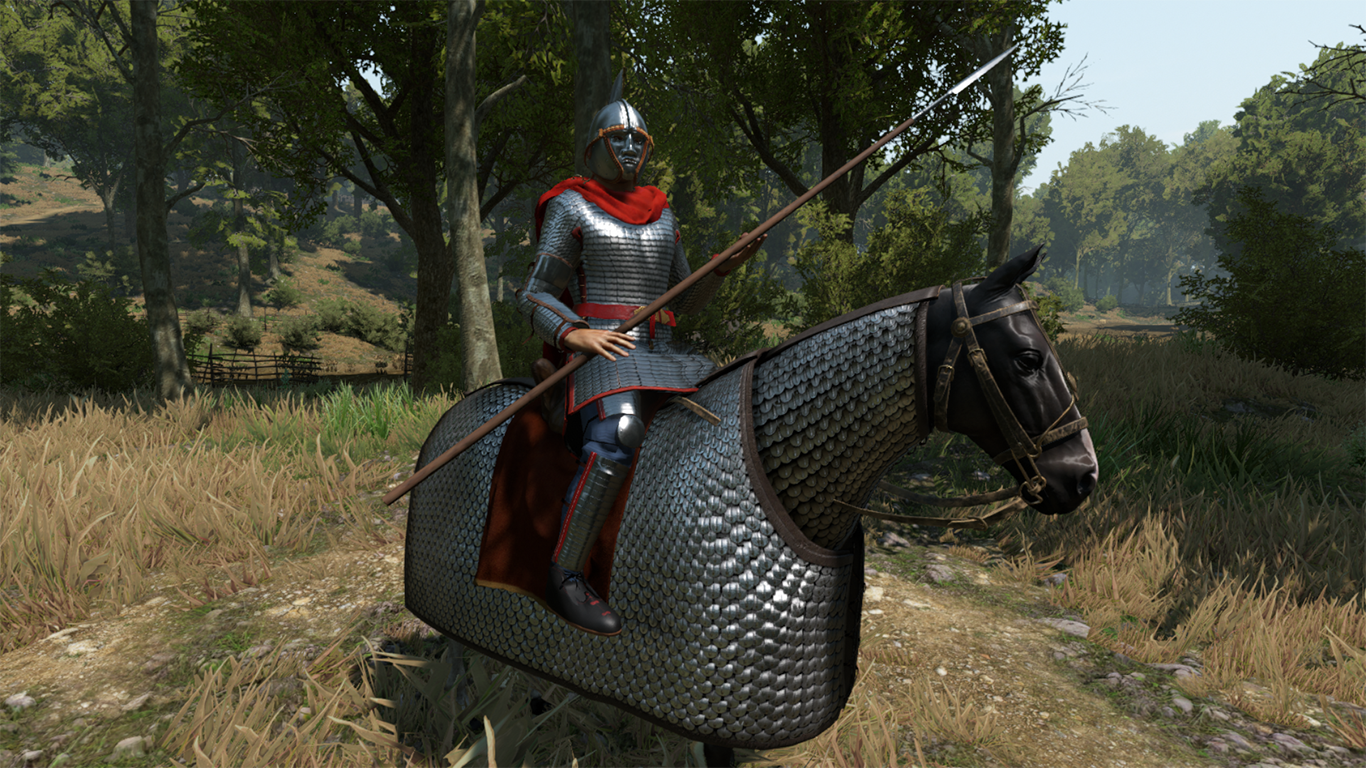 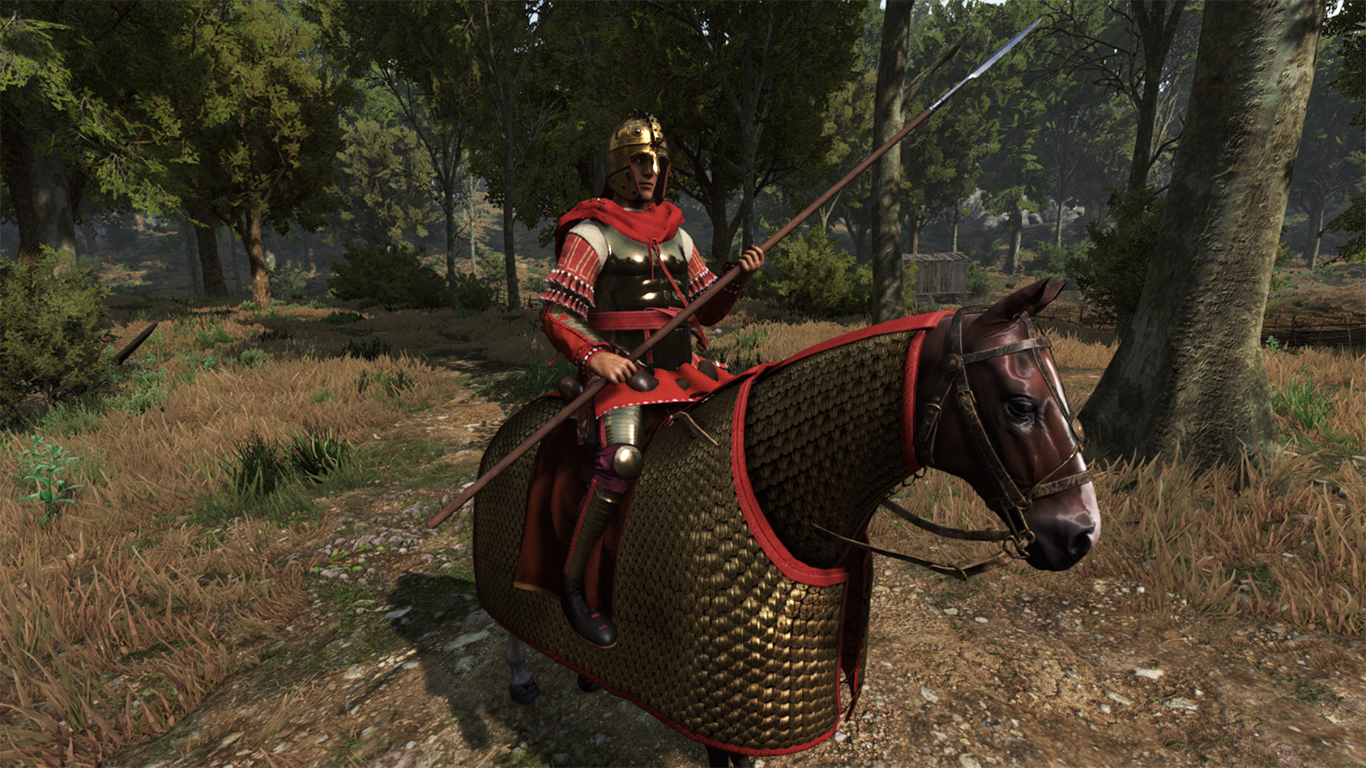 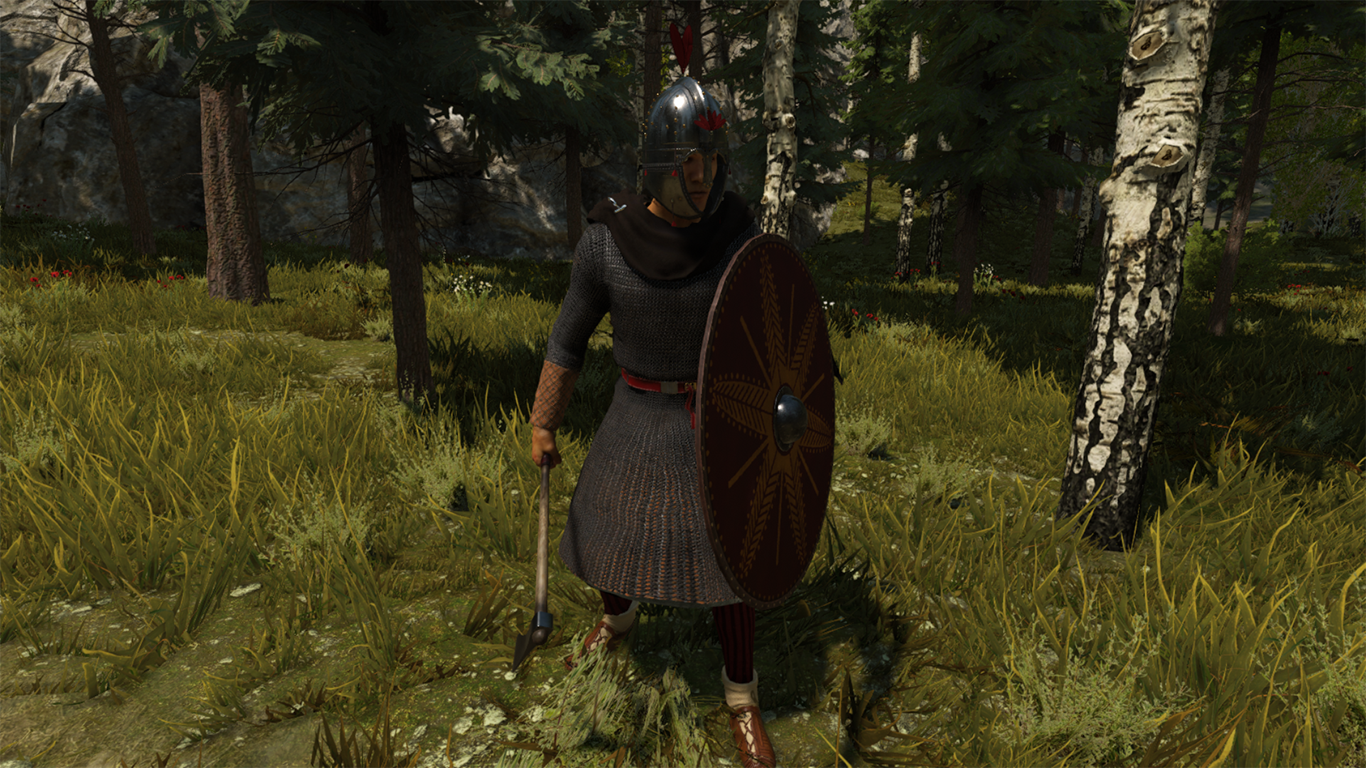 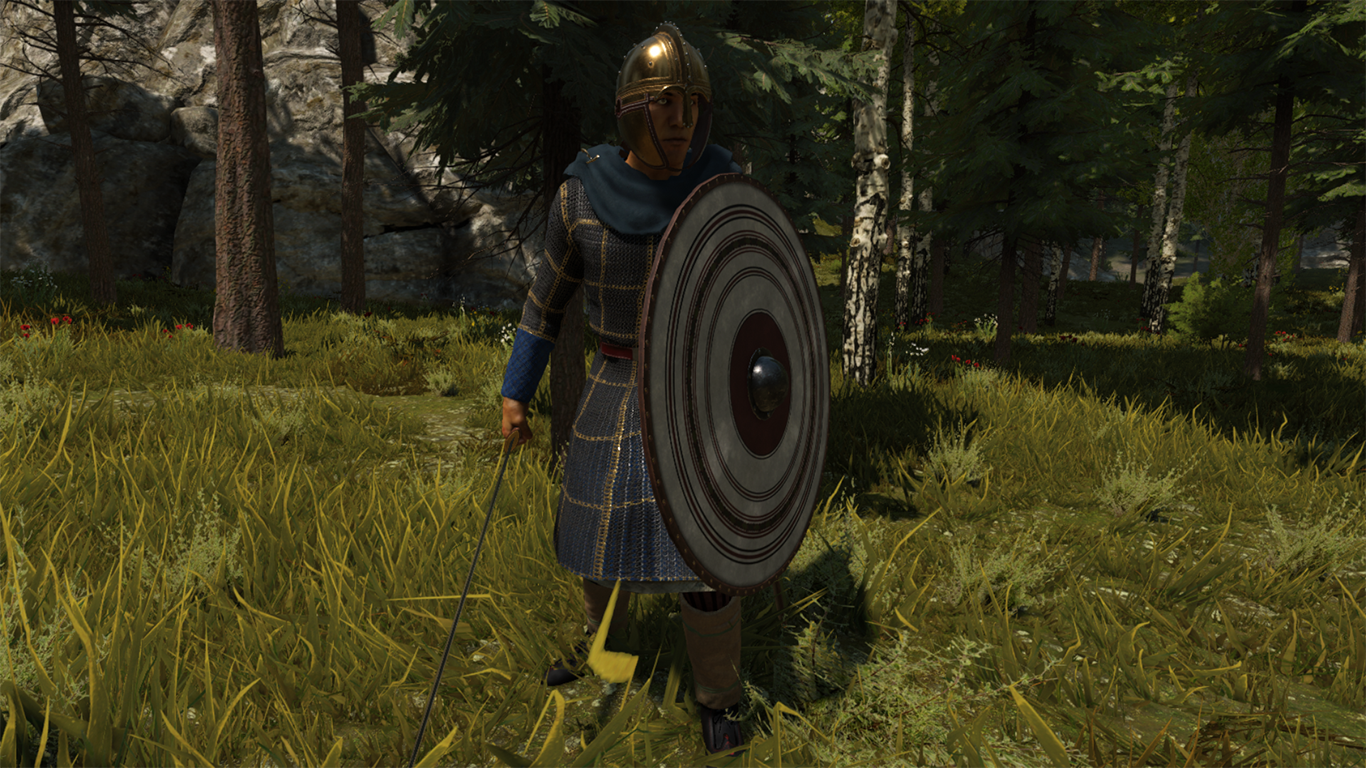 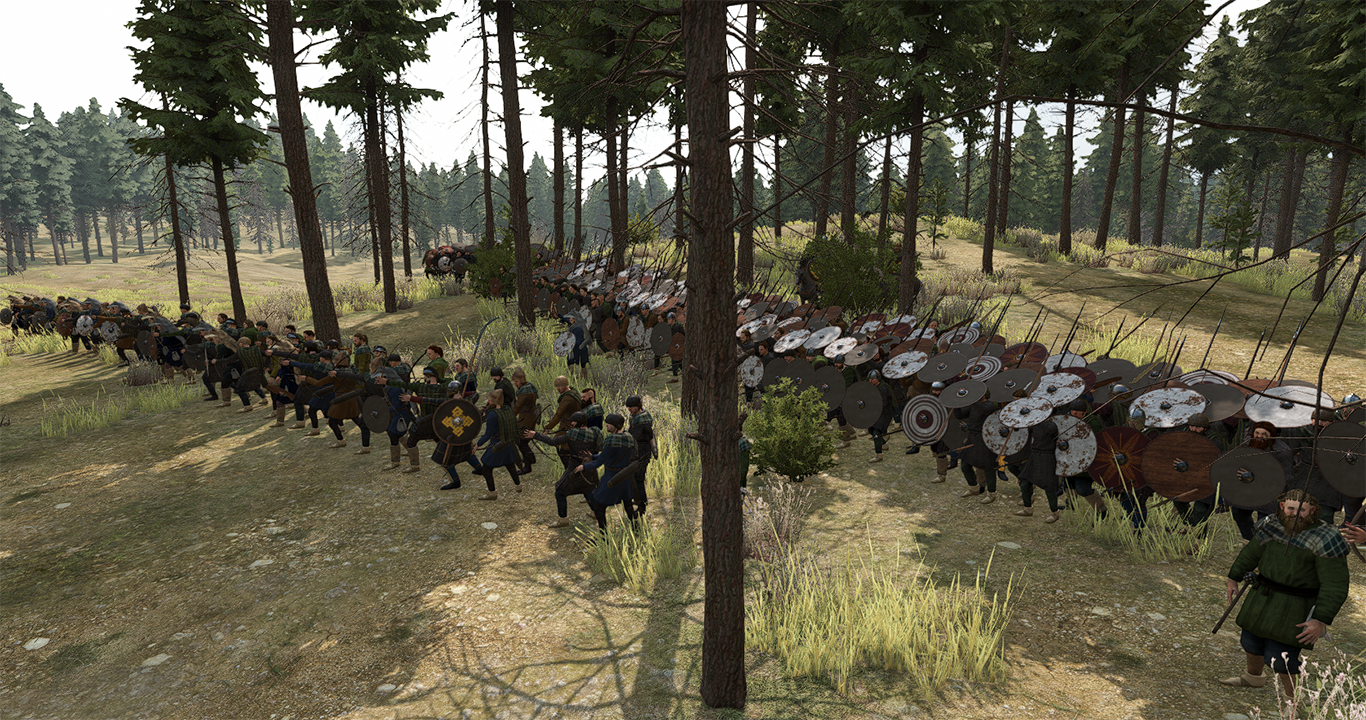 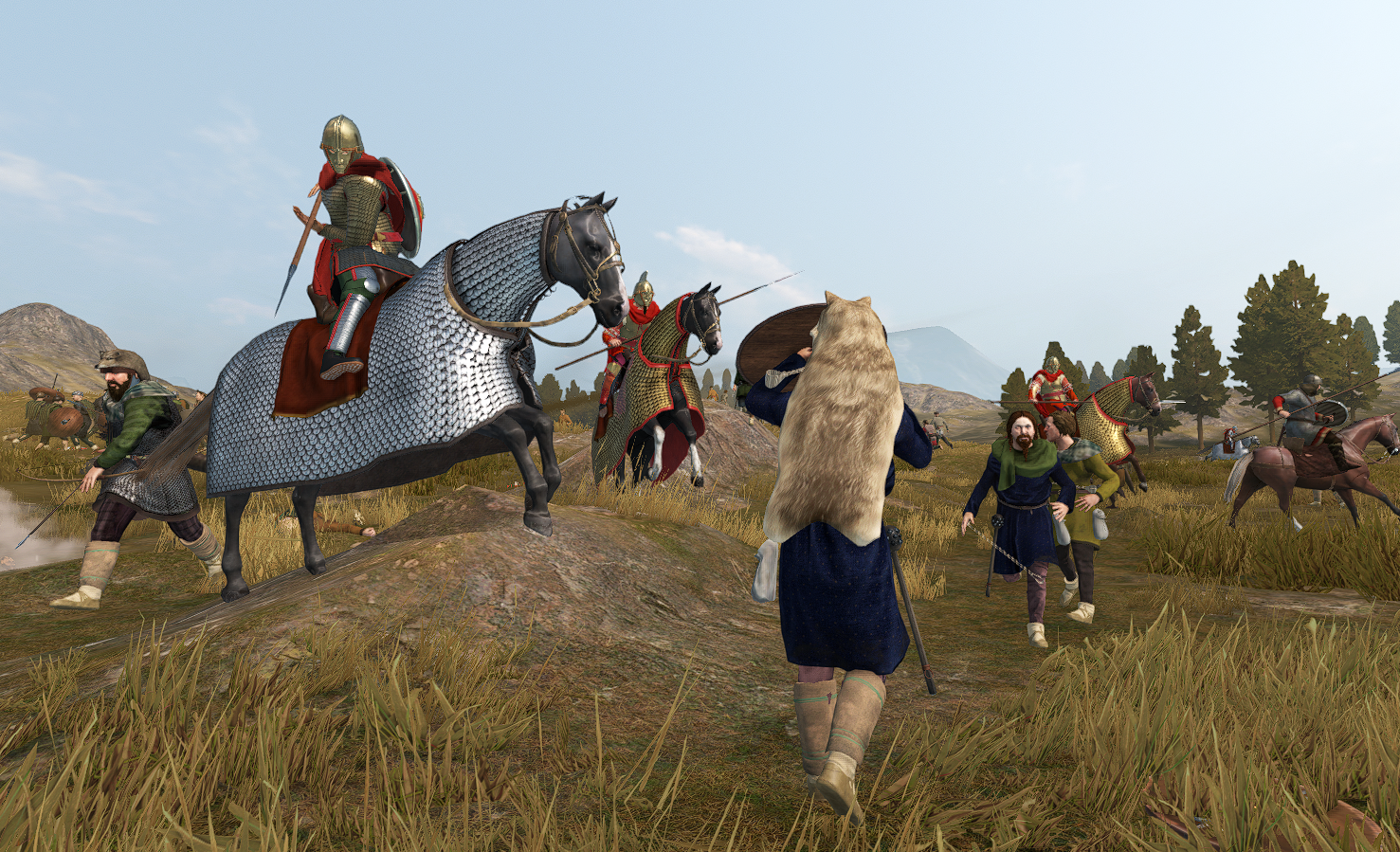 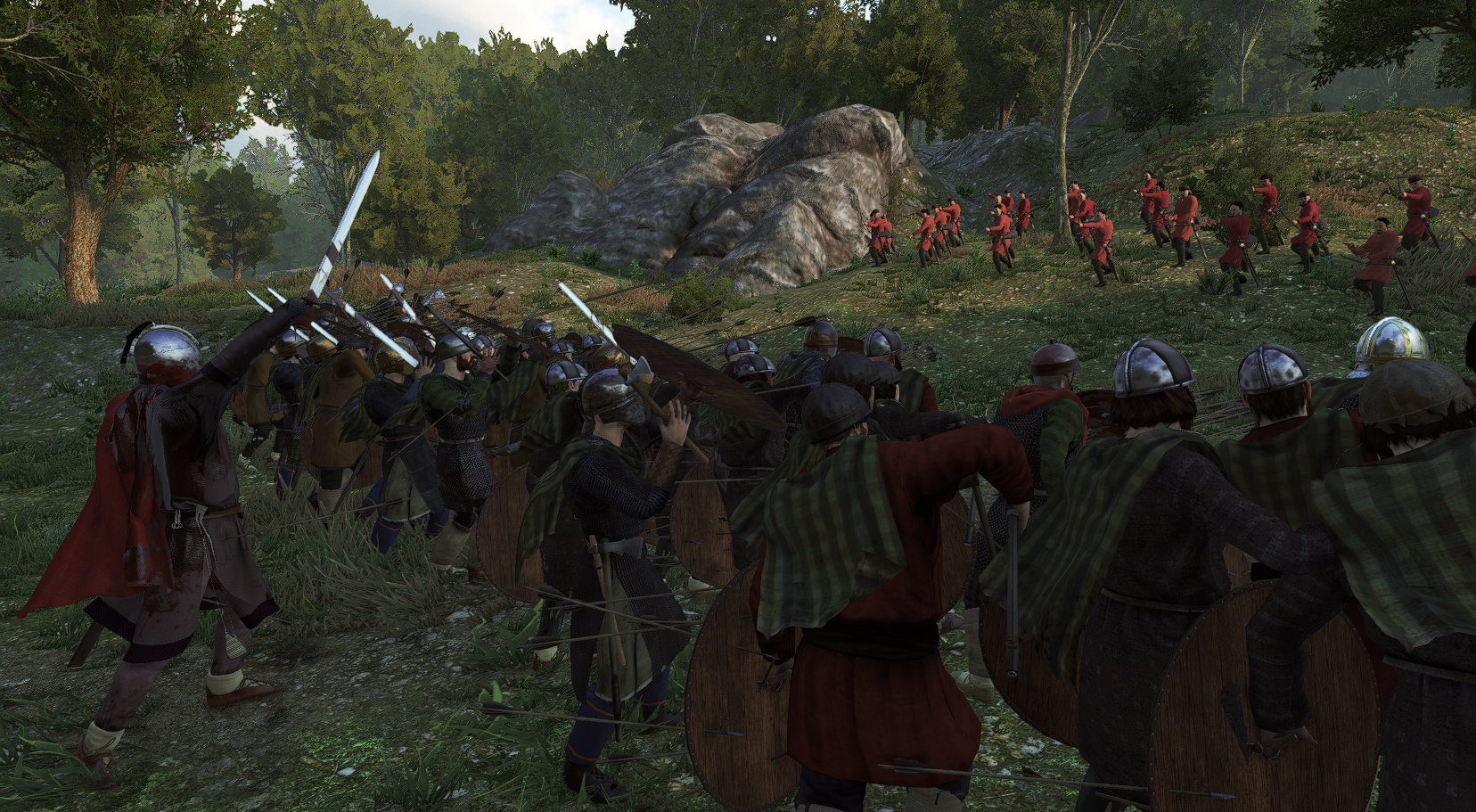 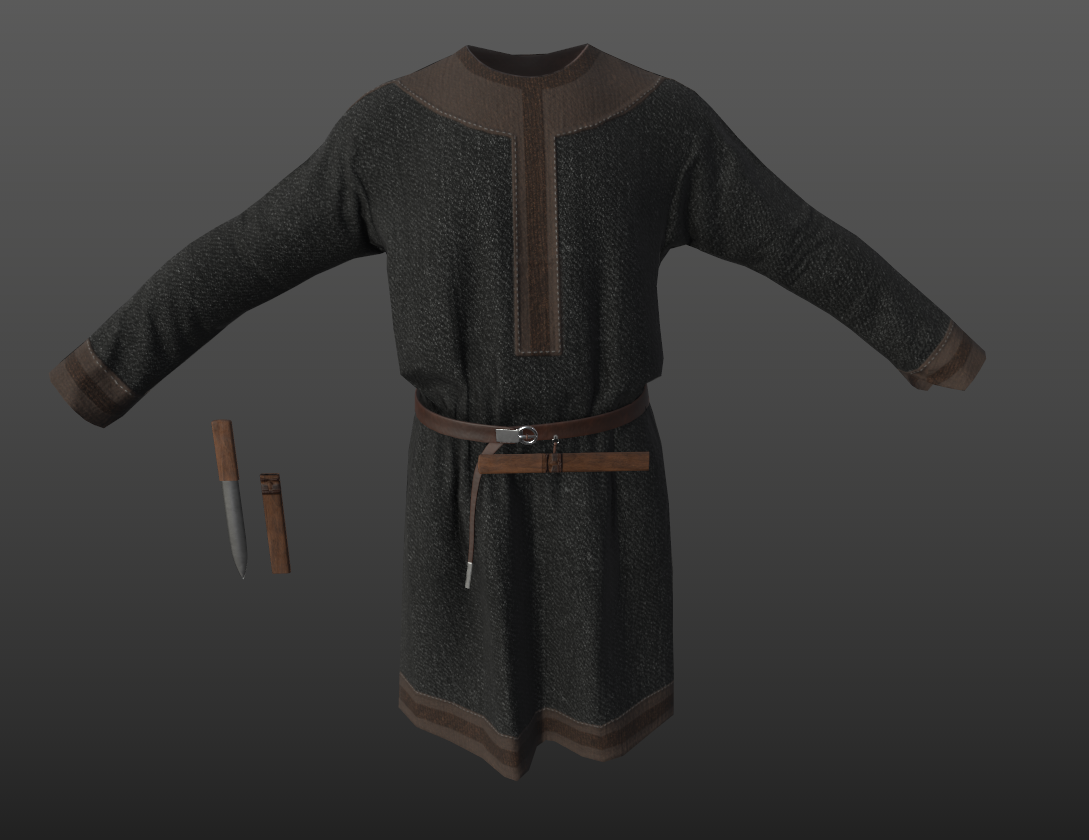 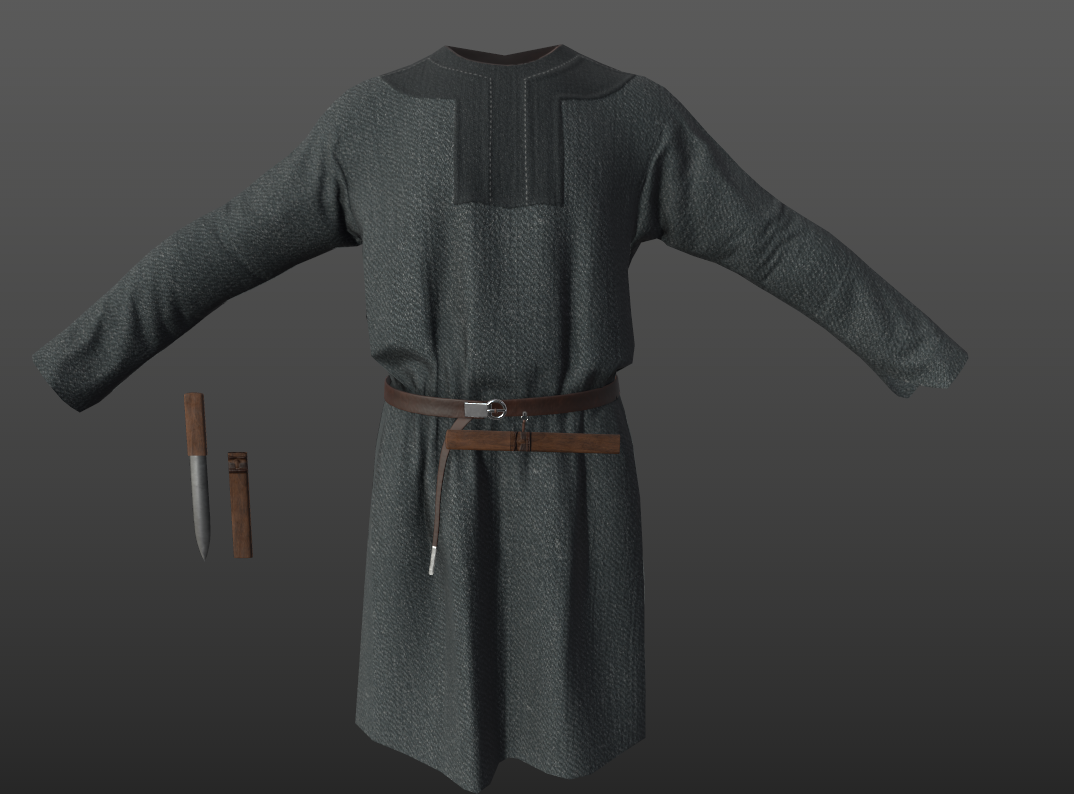 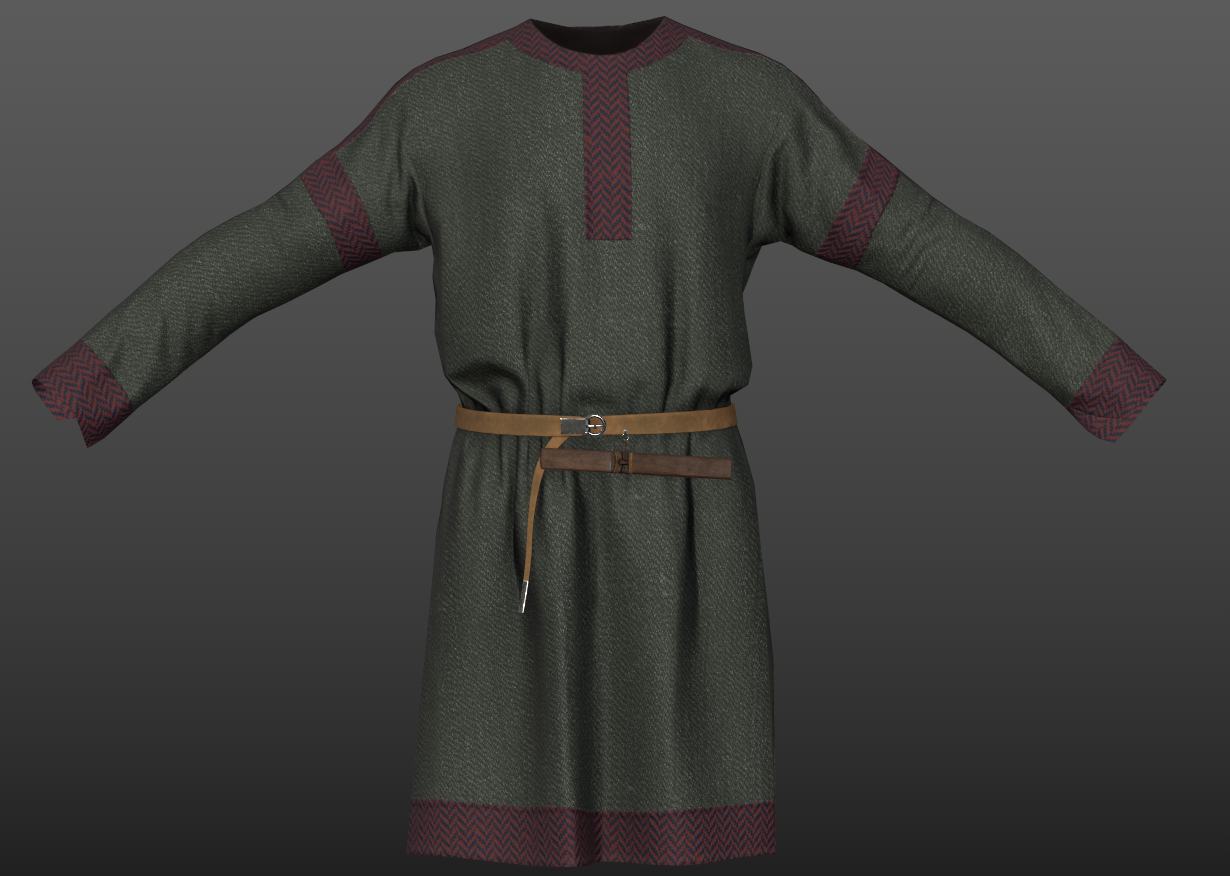 Much progress has been made, and the groundwork has been set to move the project forward, into the full conversion stage!
Our next goals are to create all historical factions present in Western Europe, namely Western Roman Empire, Franks, Saxons, Langobards, Alamans, Quadians, Vandals and Burgundians. We need additional assets to accomplish this, but more importantly we need an in game map of europe where we can place all these new factions.
We're excited to announce that a massive and detailed world map is in the works! 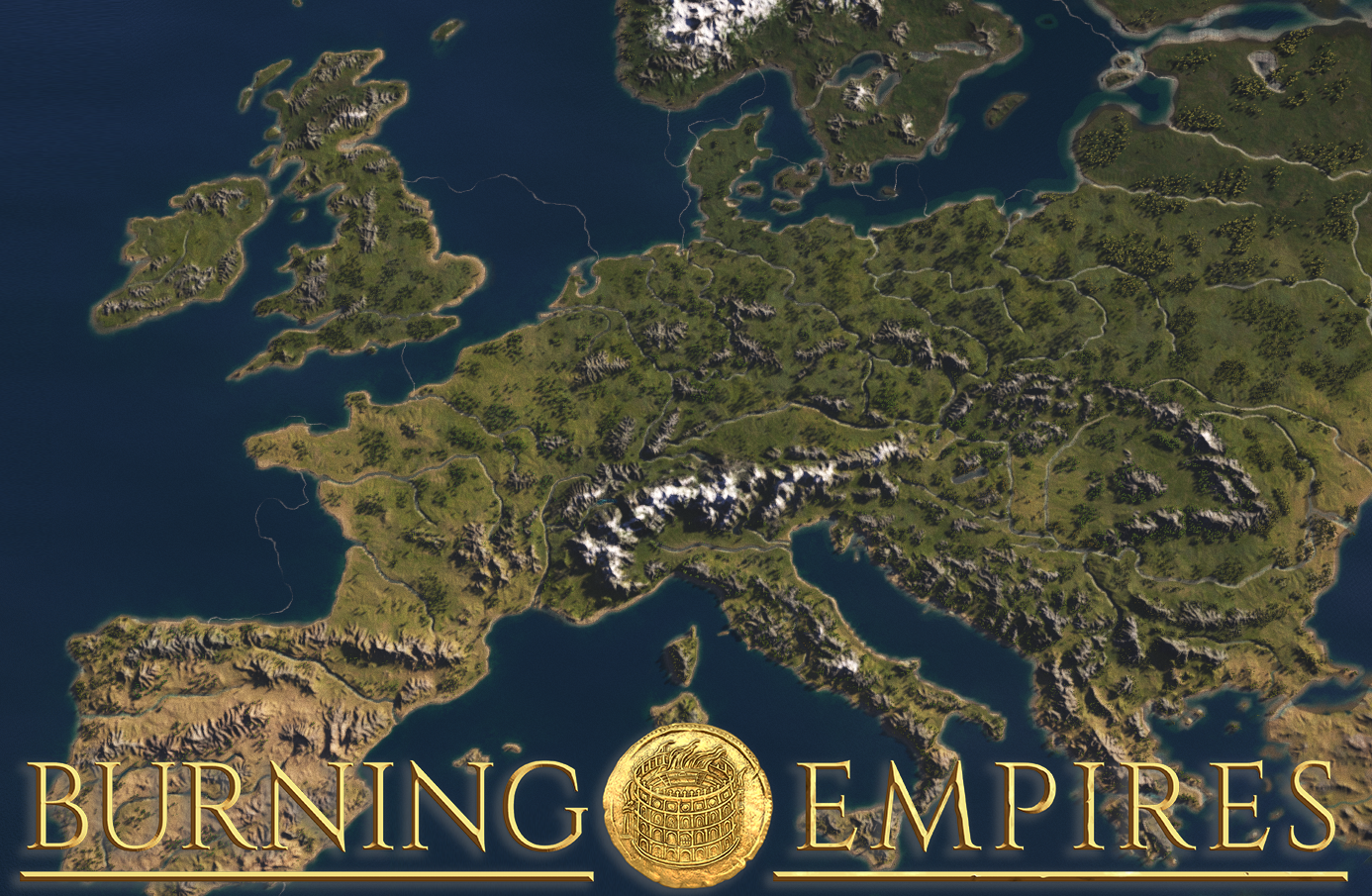 That's it for now. Stay tuned for the Alpha on 1st of July, and have fun conquering Calradia in the name of Rome!
And if you'd be interested in helping us bring this project to completion, we're always looking for talented artists, modellers, coders and sceners!

An update about our mid-term plans and introducing the teams who helped us in development.

Introducing the world map and factions of Burning Empires.

Hello, I am a recent BAH & MA Graduate in History, and would like to offer my services as a writer and a general historical researcher. Is this a possibility? Cheers

The Iberian Peninsula is far too dry.
Yes, some parts of Iberia are extremely dry, but these are the Eastern/Mediterranean parts.
Preview.redd.it

The Western coast of the Iberian Peninsula is very lush and green, Galicia/Northern Portugal even has 3x the total yearly rainfall compared to England and France, 2x compared to the Netherlands, Denmark and Sweden, and just as much as Scotland, Ireland and Norway.
Researchgate.net

i have the problem i downloaded the mod and draged it from 7zip into the folder modules but the mod doesnt show up when i open bannerlord. Do i need something special to play the mod ?

Will there be a feature of joining a lord's army in this mod?

I will watch this mod with great interest 👍

about sassanids? Don't you want to prioritize this important faction? The rest of the factions look similar, a faction from the east will be very diverse and special

will the mod stay like this? Or later will things like the map and the different warrior cultures change?

Thanks in advance and very good mod

I'm currently working on the world map, and soon we'll be able to start creating new kingdoms. Our artists are working on new models, so we are on the right track towards leaving Calradia behind :)