Deadland awaits Caleb as he is thrust into action once again by the determined Cabal who are stopping at nothing to kill, enslave, pillage, ravage, and bring forth unholy darkness in it's wake. Caleb, now in the present, wants nothing more than to avoid the Cabal and forget any ties to Tchernobog, but the world is Decaying as the Remnants of the Cabal spread through out the globe like a Cancer. Experience up to 18 levels of fast paced, adrenaline-soaked, bloodthirsty action in some of the most detailed and frantic maps ever made for Blood. Experience snowy cities, malls, dockside ports, graveyards, haunting forests, gigantic sea-faring ships, old forgotten towns along Route66, torture chambers, a dilapidated carnival site, Cabal strongholds, and much more.

RedFanatic, Wangho, NoOne. This unreleased version for Blood including new launcher with six new weapons and additional bonuses. For compatibility re-textured all maps in which there are textures from Cryptic Passage - now they are at new numbers. Some errors leading to crash of game have been rectified. Features art from Hellen (she was the artist of many projects, including it) All necessary files, including a sound, were placed in own resource archives therefore problems with the wrong sound shouldn't arise now. Bloody Pulp Fiction is a Blood 1 addon that follows Caleb as he runs from the madness of the Cabal that has swept the globe in a determined effort to spread destruction and mayhem throughout. Uploaded on the official website in 2010, was reuploaded to RTCM and BAITD bloodgame website, finally now available here. Although the rescripted version by BME is recommended.

Recommend version: Rescripted (a smaller package and much easier to install, doesn't have the convoluted installer & instead works easily through dosbox)

If you want to add
BMOUSE support, it is necessary for you to change some options in the launcher:

Also if you want to
start Blood, pass in section [BLOOD] and change a line "syscmd" to
the following:

In the launcher extraction
of group of files if start by usual way gives out an error is provided. Before start of game
or weapon addition, files for this action, which deleting in the end. Sometimes files haven't time to
be taken up to the end, but the script already starts other action (for example
deleting of files), errors therefore are possible. You can change a script so that in the
end files didn't delete.

Open BLAUNCH.INI and
just remove all commands "delete " in following
sections at will:

[RESET] - responsible for reset of all installed weapos and installation by
default.


If you receive errors that isn't found any of maps, please start BARF with the following
parameter. After that you can see all taken cards in your folder with game.

Following commands also are accessible to the launcher through switches:

-x - Extract all files from the specified resource archive.

-ini - Use specified INI file (instead of blaunch.ini). 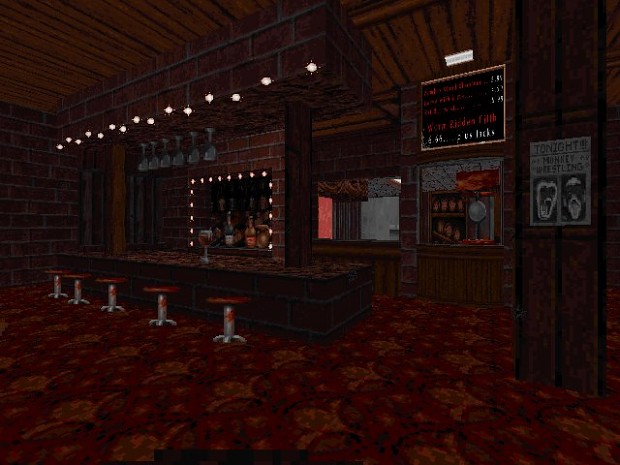 please make it compatible with fresh supply!!!....I am a big fan of blood and I want to play that amazing mod (I see it only on youtube played from others people)