The story
World War I began on July 28, 1914, when Austria-Hungary declared war on Serbia.
This seemingly small conflict between two countries spread rapidly: soon, Germany, Russia, Great Britain, and France were all drawn into the war.
Largely because they were involved in treaties that obligated them to defend certain other nations.
Western and eastern fronts quickly opened along the borders of Germany and Austria-Hungary.

Trench Warfare
The middle part of the war, 1916 and 1917, was dominated by continued trench warfare in both the east and the west.
Soldiers fought from dug-in positions, striking at each other with machine guns, heavy artillery, and chemical weapons.
Though soldiers died by the millions in brutal conditions, neither side had any substantive success or gained any advantage.

Plan for our first playable build

Our team is relative small but that does not stop us from creating this mod!
If any one wants to help out don't wait and contact me! Also if you are new to modding like me just contact me and we can learn together.

Feel free to correct anything that is NOT correct.
If you see any glitches in the models or texture also feel free to comment!
keep in mind that these pictures are work in progress and any glitch in the model or texture is known most of the times.
Also if you have questions, suggestions or tips PLEASE comment.

Special thanks too:
- Dust Sabre 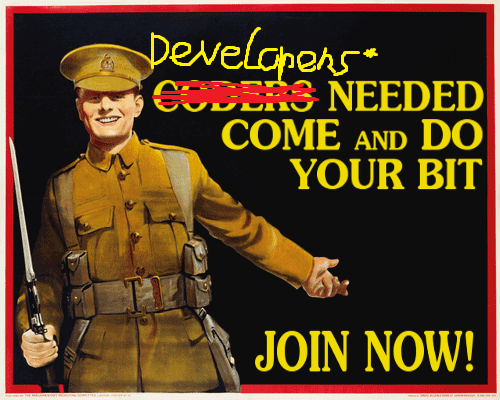 Left In The Trenches

This is pretty much dead as most of you probably have guessed that already if not you are a strong supporter.

So, I am just gonna leave some links to all the project files EVER. Like Its all of it all the files all the 3D files all the textures ALL THE SOURCE FILES.
For whoever or where ever to use.
Reboot it reuse it recycle it whatever you want with it :)
It would be cool if you would let us know if you used anything not to ask access just because it's nice to see what is done with it.

Mega.nz This one about 3 Gigs

We stopped working on this mostly due to the lack of developers on it, was just me and Brent. Also, we lacked a lot of experience on the Arma 3 modding front. Our time was also limited it was almost like a full-time job.

We are sorry we could not deliver this and also sorry for this delayed response we had forgotten about this. Or more like WANT to forget this failure.

This will be the content road map for our chapter 1.

There have been a long break on this mod let me explain what is going on.

Old gas script that does not work fully

Made by codealkemist this is old and not relevant anymore, will be redone

please, i must the trenches come to life!

it is almost a year since a dev replied to a comment, is it dead for good this time?

did you not look at the articles, there one which says the mod is dead.

and then there was another dev blog after that

look at the date of the article

Hell in the Pacific ARMA 3