One of the main features of this update is the rebel funding decisions. Inspired by the patriot rebel funding event and similar to the Release Vassal decisions, nationalist rebels of every non existing tag can be funded after Nationalism and Imperialism is researched if the conditions are met.

It's only available for great- and secondary powers and right now it can be only used in neighboring countries that are either great- or secondary powers, have low relations with you and if the primary culture isn't primary- or accepted culture there, although I might add a neighboring core requirement in the future. Keep in mind that it isn't guaranteed these rebels will rise up because of hardcoded rebel behaviors, so use it wisely. 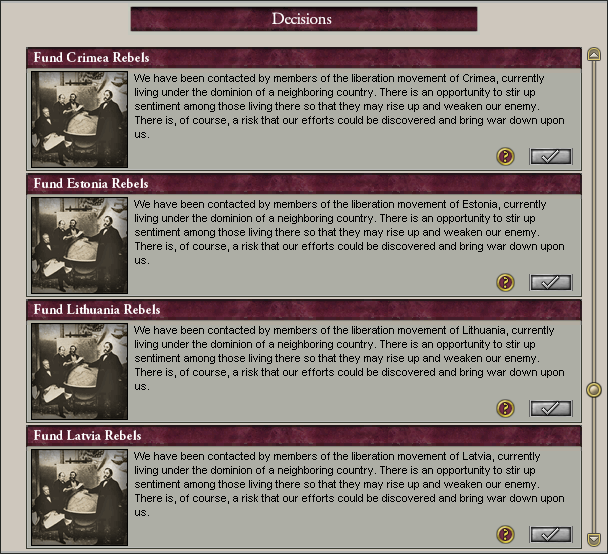 I added a new religion to the Far East. It always bothered me how China and Korea were almost entirely buddhist, which wasn't really the case at that time period (especially not in Korea, where buddhist were actively persecuted until the 19. century). So similar to Europa Universalis, most of these countries and pops now have Confucian religion. 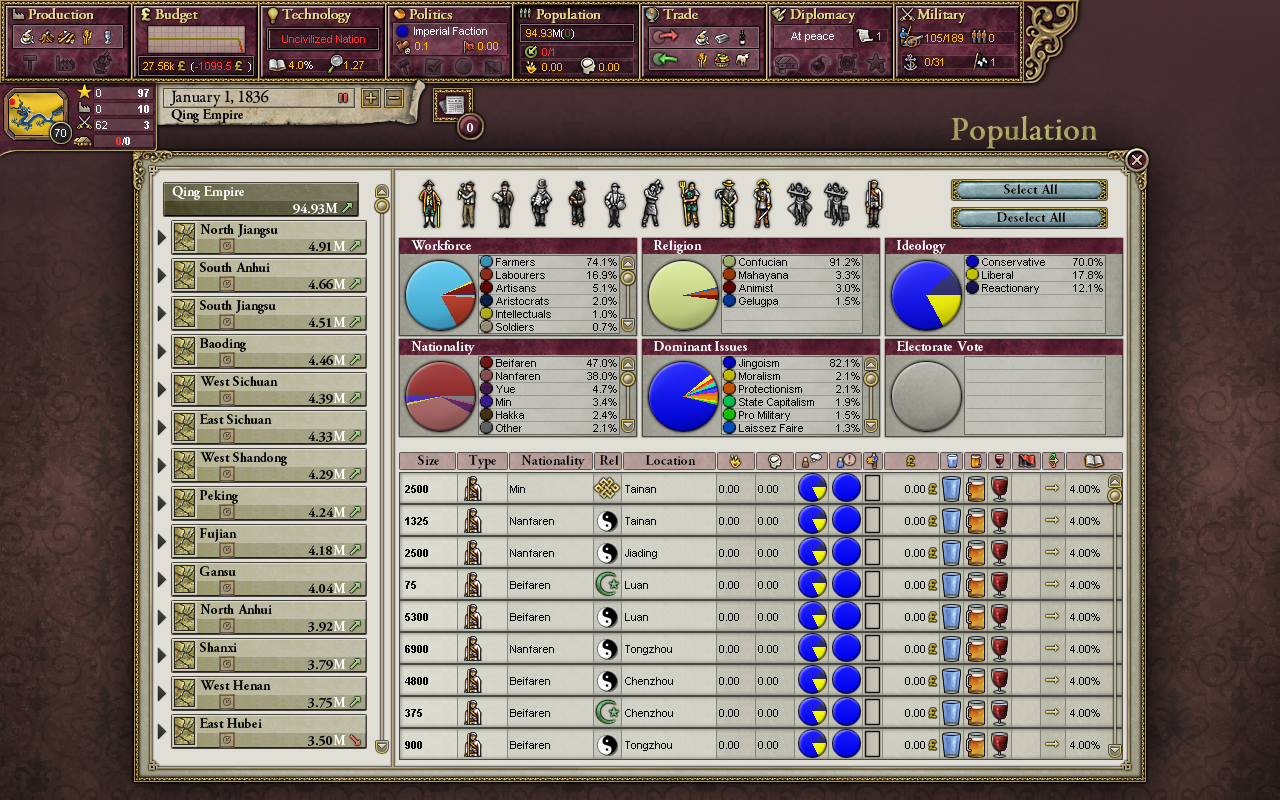 In South America, Venezuela now has an event about the Federal War, and I finally replaced NNM's Paraguayan War event with a proper event chain. It is now connected the Argentine and Uruguayan civil wars, as well as to the Paraguayan events. A victorious Triple Alliance can either take their claims (historical outcome) or partition the country, while Paraguay can gain a sea access or become a regional power. And for some fun alternate history for a victorious Paraguay, Solano López can crown himself emperor now. 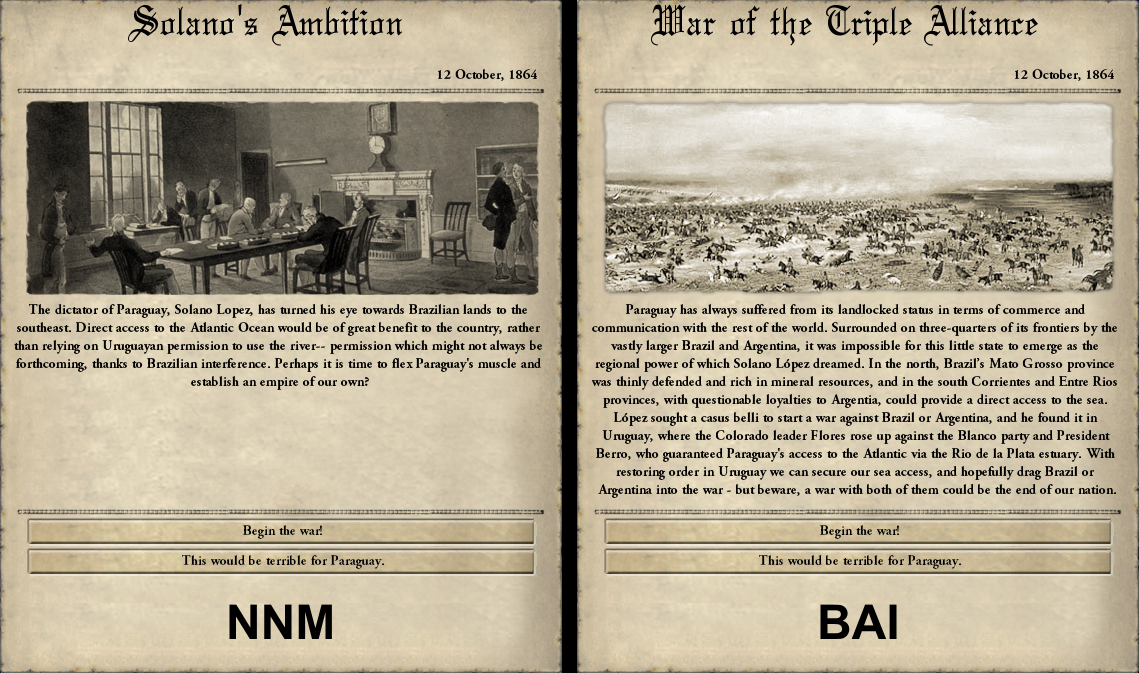