RSS A celebration of the last decade!

The nineteenth of November might not be a date that many people think is significant, but it's of special importance to us. On this day ten years ago, Half-Life was unleashed on the world. In celebration, we've got lots of new media!

The nineteenth of November might not be a date that many people think is significant, but it's of special importance to us. On this day ten years ago, Half-Life was unleashed on the world. In celebration, we've got lots of new media!

2008 has been a very eventful year for us. Making a 12+ hour game is a monumental task, but we're still powering ahead with development and making great progress. Our programmers have been hard at work overhauling and expanding the AI, and lots of our NPCs have been brought to life by our talented voice actors. Levels and chapters continue to be worked on and fine tuned, with large sections strung together and playable. We've also begun tackling the final content of the game, some of the most creative and technically challenging stuff we've had to do yet. And team members across the board continue to push the envelope and redefine what's possible in a Source game.

While known by some hardcore Black Mesa fans, we'd like to officially state that we've upgraded to the Orange Box build of the Source engine. We're also excited to announce that we've dropped Counter-Strike: Source as a requirement for Black Mesa, and from now on, the only thing you'll need to play the mod is a Steam account with any Source engine game installed! Black Mesa is now running completely off of our own content and base Source shared content, and we felt the vastly increased user base more then justified creating all the extra assets needed to make this switch.

We're all enjoying the new tools and technologies the Orange Box offers us, and are making heavy use of lots of exciting features. These include advanced particle effects, jigglebones, cinematic physics, combined maps, self-shadowing bump maps, dynamic shadows, and an entirely new graphical feature we're calling Procedural Terrain Displacement, showcased in some of the Surface Tension screenshots and wallpapers.

Our most recent round of community projects has ended and winners have been selected. More so than ever before there was an overwhelming response with hundreds and hundreds of entries! Make sure you check out our favorites! We'd like to thank all who participated, and encourage everyone to get involved in the new ones as well.

In other news, we've also recently parted ways with our long-time host GamerNode, who have graciously hosted both the website and discussion forums for the last two years. It was an amicable split between both parties, and we wish them all the best in the future.

And last but not least, the team worked very hard to get a trailer out along with all the other media. But as we've always done when faced with the choice, we decided to take a few extra days to polish it to a mirror shine before releasing it to the community. Be sure and look for that in the days ahead!

Here is just a sample of our new media, be sure to check our website for all the goods! 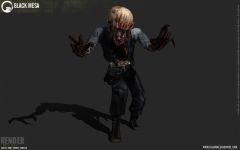 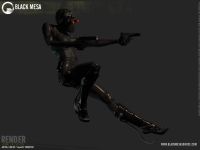 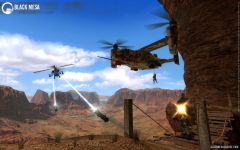 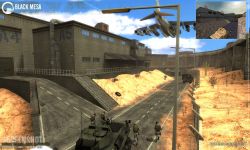 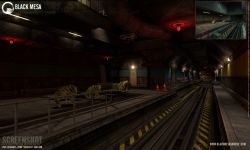 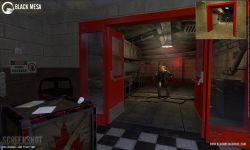 This is their latest media.

They said it was a sample. So no, not owned. Read the post.

lol the above comments fail

Nice update guys and looking forward to the trailer.. sweet...

Where can I donate.

Holy jesus. You win 1 internetz, no. You win all the internetz. I'll be waiting for that trailer.

Very very nice guys. My attitude towards Black Mesa has always been not to actively follow it, just wait for the goodies to come out eventually, stalking this mod makes the wait seem longer. It's completely understandable that it takes a long time to create a 12h+ single player mod if you are aiming at the level of quality that you are doing. Keep going strong guys! I can't wait for the trailer :).

Woah O.O I think my eyes just popped out and rolled off somewhere :D
Awesome media!

Once again, brilliant work! The trailer should be something special.

OkeiDo I could kiss you for that comment. Thanks.

About the all-custom content, thats just a larger download, I hope you are keeping in mind the size of your mod, lol.
Looking good though.
I'd like to know what exactly Procedural Terrain Displacement means, haha.

Wow, an update! Awesome! Looking forward to the trailer!

Excellent work! The quality of the mod is mind-blowing, and is just getting better and better! Keep up the good work! ;-)

A whole decade! It brings back memories of playing HL back when I was about 8 years old on an old 200MHz P2. Good times...

Been watching this mod from a distance for while now, really impressed with how things have come along. The level design looks great and well made. It's nice how you've took the original and kind of made it your own but kept it feeling similar rather than just do a like for like port.

Would love to be part of such a mod but sadly never made maps in source, only idtech3/4 engines.

News! Hurrah! Looking better than ever!

Already an historical date. And great media release too, a little feast for the eyes:)

cool great update...
OMFG THEY PICKED MAH FLOPPY DISK AS ONE OF THE FINALISTS!!!8D
What better way to celebrate HL's b-day

Stupendous media, Black Mesa Team! And I might just pick up the original, for the almost-free price of 99 cents. Woo!

Glad you're still working on this.

apologies if this seems overtly negative but shouldn't there be a priority on getting a playable release out instead of changing engines so all the little kiddies can drool over the newest graphical wankery?

A fair enough question. We actually decided that the benefits of better tools (hammer compiles way faster, we can make larger maps), the new particle editor (previously all effects were coded by hand and very inflexible), and the swath of new features were all worth the upgrade.

The particle editor alone has saved us a ton of time. Where previously a programmer would have had to try and program every effect themselves, us artists can now prototype, test, and iterate our own effects whenever we want. This not only saves us time, but lets have more, and better looking, effects in our game.

So it will be done faster?

FINALLY SOME NEWS!!! AND AWESOME NEWS AT THAT!!!

This was photo shopped if you look for more then 2 seconds.

You are correct. Let it be known that this is in our wallpaper section, NOT our screenshots section. We have a strict policy to NEVER photoshop our screenshots.

This being a wallpaper, we wanted to match the original as closely as possible and make it very photogenic. We did use a little photoshoppery for a few things, like the blur on the missiles, and a few touch ups. For the most part this is entirely in-game though. All the major elements are actually made and placed in a map.

I like it, its the best way to show stuff