Hearts of Iron IV: Beyond Earth

Centuries ago, the Earth was a planet of verdant greenery, populated by millions of diverse beings, bountiful in natural resources and beauty. Then the Great Mistake brought the Golden Ages to an abrupt end. 200 years of Dark Ages followed. Entire countries were swallowed by the rising tides, ancient peoples were erased from existence, swept away by the churning abyss of history. Once proud nations fell to ruin, engulfed in pointless wars, while their own homes burned. Now, a new dawn is upon humanity. All analysts agree: the times of unreason are ending. As new satellites ascend to the dead sky, doors long thought shut begin to creak open. Horrors of the past return to haunt the last hope of the living, and the remnants of the human race teeter on the brink of extinction. Across the receding Earth, old struggles are reignited, motivated by modern ideologies. As preparations for a great space exodus are being made, the world is destined for one final war, a showdown eons in the making.

We keep looking for any kind of help, mainly GOOD WRITERS, CODERS and ARTISTS!!! All feedback is welcome!

This the full list of the lastest leaks from HOI4 Beyond Earth! 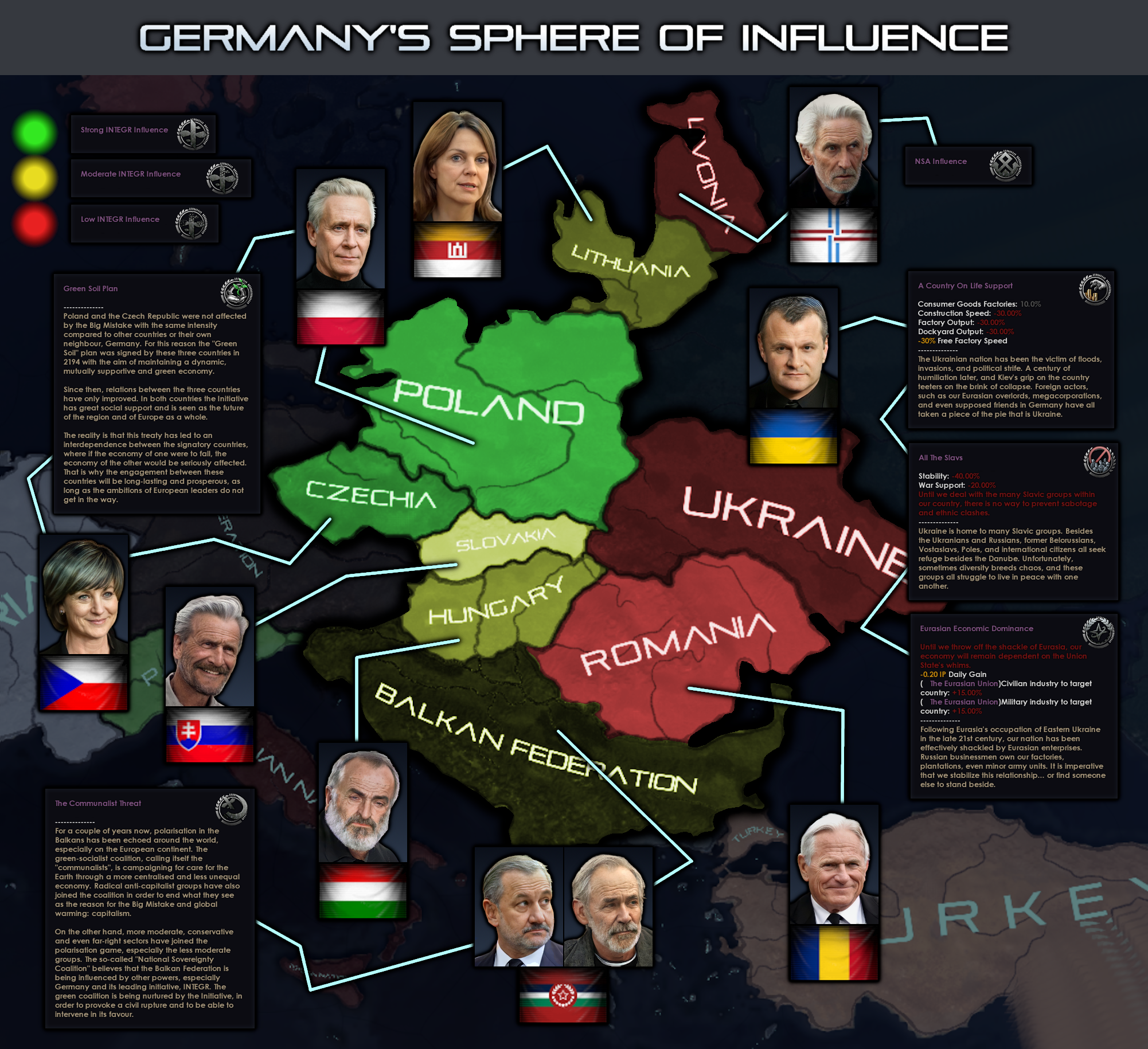 For all our ModDB followers, here you can find our most recent teasers. Join our Discord to stay tuned! We are looking for artists to recolorize our portraits...

I added one of the teasers in an article but it got archived for some reason, so i will include it here too. We will leak Central Asia and Karelia next...

The Bear Awakens! Meet the new nations that will struggle for survival, fighting against wildfires, dissidents and other powerhouses in the territories...

Ideologies Reworked and Italian Nation and Padania Teasers (from "Beyond Earth")

This time we want to show you all a better description of the ideologies, the Italian and Padanian teasers, and some national decisions that will be available...

Severe high quality throughout the mod's visuals thus far. Keep going. I predict this will be one of the more influential mods for the game by the time it's completed.

It is insane how promisingly looking can mod based on universe from relatively not that popular game be (although I loved Beyond Earth!).