All Battlefront 2004 maps that were in previous version + Endor Bunker, Hoth Echo Base, Yavin 4 Temple, will receive texture upgrade which won't be pretty big but still matchable with Battlefront 2 graphics. Maps like Bespin Platforms, Naboo Plains or Rhen Var Harbor will have no possibility to land on Capital Ships of each faction (only Clone Wars and Galactic Civil War era will have this). Eras like Cold War (TOR era), Yuuzhan Vong Invasion and Legacy Era (Darth Krayt's One Sith and Fel Empire times) will still have starfighters available on planets.

Clone Wars era will be still based on TCW content but not the one from 2008 only on 2003 that means much of phase 1 clones also heroes design will be closer to this one (General Grievous's white armor, EP2 Anakin and Obi-Wan, Asajj Ventress with her black/gray skirt, Alpha class ARC Trooper design).

Maps like Ossus will have Hero Assault mode Compatible with every era for example Cold War era will have heroes like Emperor Vitiate or Valkorion, Darth Malgus, Hero of Tython, Satele Shan, Revan Reborn.

Some The Old Republic Era screenshoots 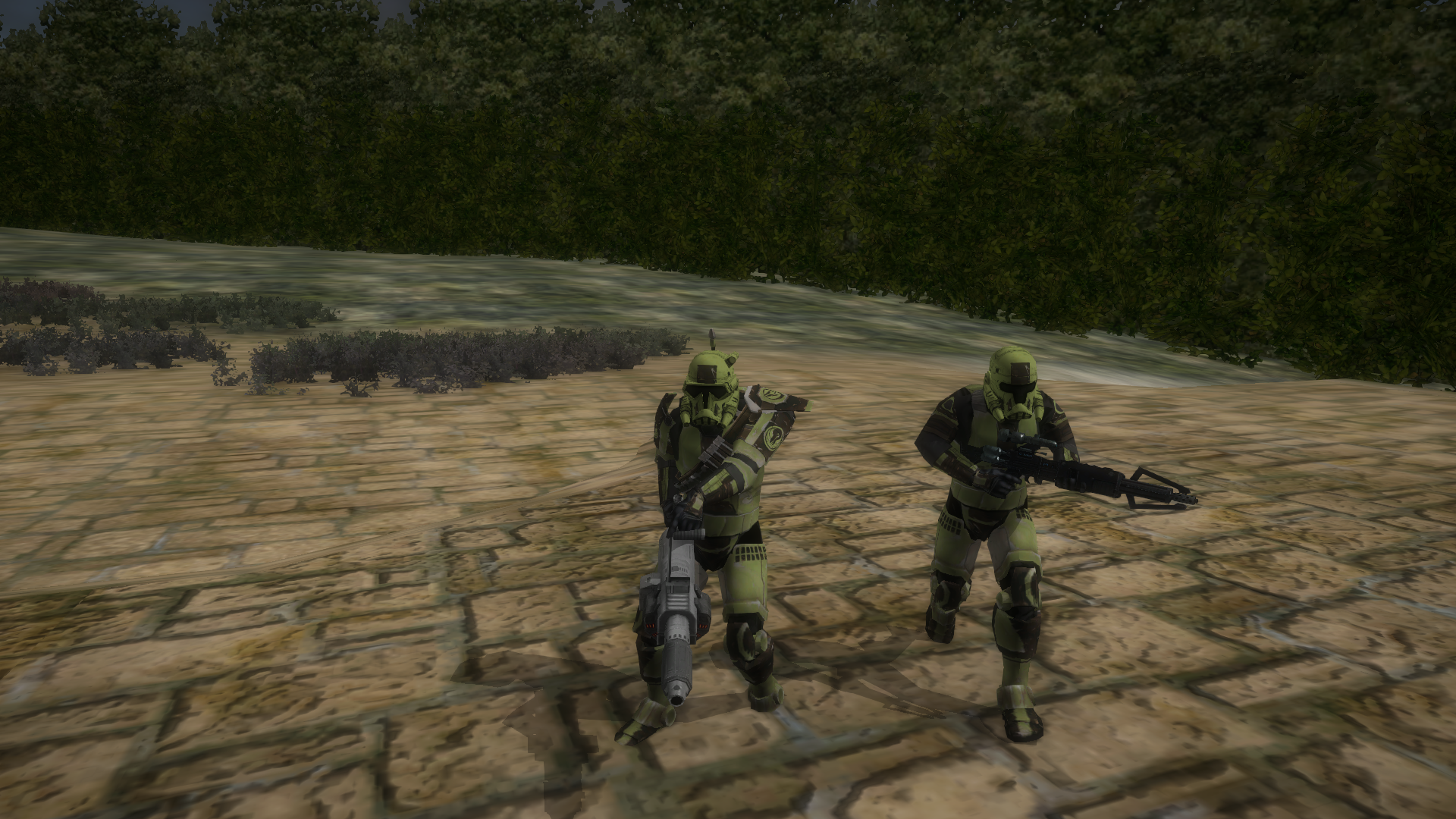 are you going to make new units for the Clone Troopers for this mod like you are doing for the Old Republic units??

Nope sides are going to be still based on BF1 but I'll add some easter eggs from elite squadron like heavy trooper class holding blaster pistols like rifle. Pilot class will have stock BF2 equipment + med packs. I'm thinking about making clones not to wear any accessories except Jet troopers or ARC's and Airborne like in movies

This mod looks awesome! You always make really good mods, can't wait to play this one!!!

Looking forward to this keep up the good work!

this gon be lit

I never tried your mod, but I will be waiting for remake. I am sure, that it will be interesting.

By the way, how about including "DLC content mod for PC" to your mod?

Previous version was in my opinion too much of everything, and it wasn't even close to what I was planning to do and in this remake I'll work much more on this,tbh I don't think I'll do any DLC content I guess it'll be all in one BF1 maps+few TOR styled

I've removed previous versions because I'll be working on remake