A new news on the BF1918-page, isn't that newsly enough? If not, we would like to tell our friends and fans some things about the festive time of the year, EA's belated 10th anniversary present and the mandatory Season's Greetings of course. Peek in, make yourself comfortable, enjoy a hot chocolate and relax as you read through a pretty much poor-in-informations news.

Good god, how long has it been? You've been counting of course and it's been exactly 366 days (mind the leap year, folks) since our last news. Hooray! Hooray? No, in fact it's no good news and making fun of it is making it even worse. For our hearts as well as for our souls and to prevent any winter depressions we've got a cool (Get it? Cool!? Classical one) hint for all of you in the middle of this text. So read carefully like your teacher has always told you.

First we would like to draw your attention on a news that has been published by EA itself 3 weeks ago. Most shoud know it by now but as telecommunication in our favorite time of history was still in its infancy the field messenger took longer than usual to inform us about this case:

Battlefield 1942 for free on EA's Origin

As there's always a hook with things which are available for free, EA is offering a free one with this free version, too. At least it is free and free sounds good, right? But owners of the retail game, oldschool with discs, manual installation and all this crazy physical stuff are technically curtained off of the fresh meat delivered by Origin. Every party on it's own so to say. On a side note modifications like (I'm taking a random mod here as an example to show that we're not biased in any form) Battlefield 1918 for example are not guaranteed to run with the Origin version of BF42 but it has been reported that there shouldn't be any special issues. Just choose the mod folder in BF42's directory to put a mod's files there and it should run fine. Soldiers, if you've always sought refuge in complaining that you do not own the base game you're now no longer relieved from duty.

Now up to the really cool stuff I've promised you in the beginning. Some of you of course already know this little gem in the history of BF1918 gimmicks but some people could also be new to our business. Romantic snow sceneries have always warmed our hearts in the festive month and have brought fun and joy to the battlefield since 2006. It's even rumored that this mini-mod has brought peace on earth 2 times, cooled down the climate warming and caused the Christmas truce. So take part in a nice Slay-ride, snowball fights with your friends and foes and try to meet Santa coming to town, checking who was nauthy and nice. Get the latest version from 2008 and put it on top of your already installed BF1918 experience to sweeten up your Christmas Season. 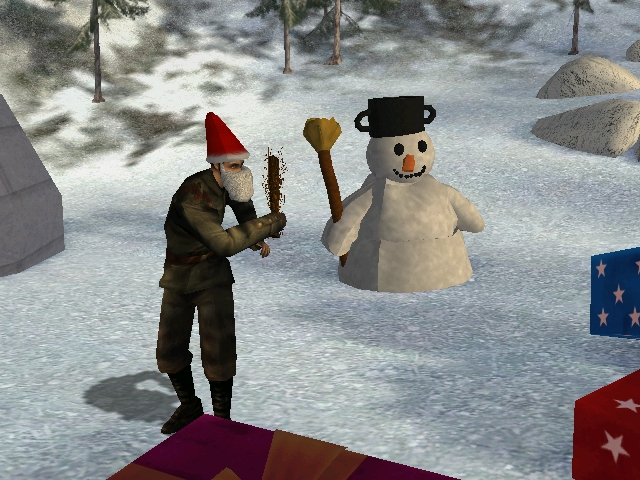 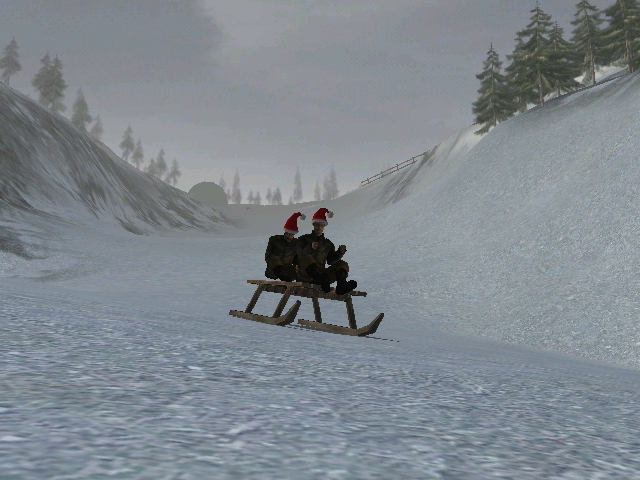 
Conclusion of the day/year

The last topic for today's news and most probably for this year from our side is a bit sad indeed. We're celebrating our first anniversary of "No News" as we've been successfully able to manage to not publish any news in the last 366 days. And there are in fact no big news to spread from our side as the modification is considered finished from a dev-team's point of view. We're peeking into the commentary section from time to time so feel free to post any issues or remarks in your personal relationship with BF1918.

The end of the year is as usual the time for the mighty Mod Of The Year award voted by you, the plebs! We're not exspecting anything less than several homages and canonizations but for the beginning you can start with clicking on the little vote-button above and see what color it will change to. Isn't it exciting?


Season's greetings from the whole former development team and we would like to wish you all a Merry Christmas, Fröhliche Weihnachten, Zalig kerstfeest, Joyeux Noël and a Happy New Year!

Download took time to be auhorized by moddb-staff before publishment.

Engl: Sadly there are no news about our lost homepage so I fear it's permanently down now.

"Ho Ho who wants some?" yourself!

"....and making fun of it is making it even worse." exactly, that's called propaganda!

"....like your teacher has always told you." not "always" "told", by the way we don't need propaganda "teachers" we teach ourselves, as we still do for centuries now!

"teacher" that "teached" and vow did not kept!

still lots of bugs are not fixed yet!

also it should had included its rare "secret weapons" of world war one and its last nations such as Bulgaria, Japan, Romania, Serbia and Griechland that would had completed the puzzle of world war one at last!

the 3d shapes of those soldiers exist into the folders but they just need a texture that's all!

So is this mod still alive? if so what times do they play on? and and what version? I see the competetion version and the 3.1

Mod's development is finished and the latest versions is 3.1. The Forgotten Honor Tournament build is just a mini-mod based on BF1918 published for the last FHT. Since our main server went down we sadly can't offer a game server for regular skirmishes.