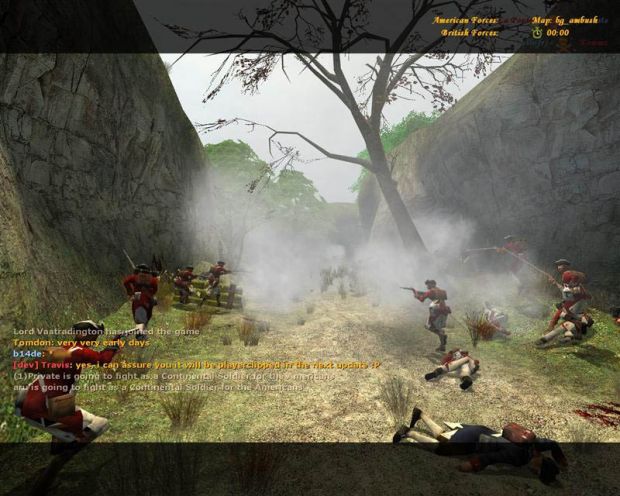 In game action, the Brits are forcing the
Americans back thanks to the weight of fire.