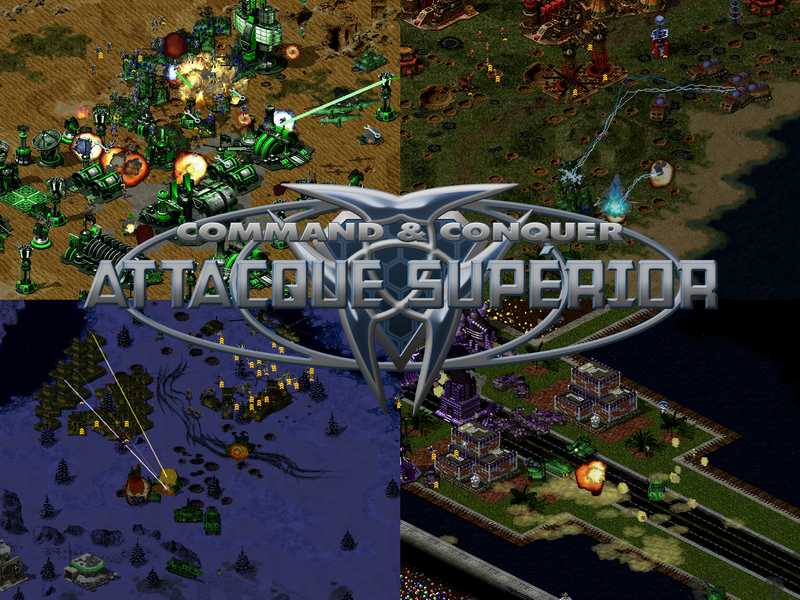 2013 was a milestone for Attacque Supérior. During a long process of reintegrating every design, redeveloping every unit, scrapping and scavenging ideas, throwing purposes back and forth, AS now finally reached the state of a playable alpha, and getting better and better with every day passing by. Since late November, internal alphatesting have started, to tweak and fix the balance issues the sides have, as well as polishing every unit into their final role. Thanks for all people who have supported me through these years.

It's also a pleasure of mine to report that from next week onwards Attacque Supérior also joins to fellow mods Mental Omega APYR and Red Resurrection as broadcasted by your old friend, Hecthor Doomhammer, with the first teststream on January 17th, 2014, 19:00 GMT. Follow his Twitch channel and be prepared when the time comes.

Ofcourse, the work is not over. As one would say, this is only the beginning. Sadly the two new factions still have major artistic flaws and the website is well... yeah, as dull as a site could be, but it'll get resolved later, hopefully this year. Right now I'm aiming for a Q4 2014 release, but we'll see how time overrides this plan of mine.

In the meanwhile, I'll try to make sure everyone'll find Attacque Supérior interesting and keeping everyone updated about further development. If you, by any chance, would help Attacque Supérior's development, besides beta testing, voice acting and a helping hand at infantry/superweapon cameos would be grateful. I had an aim of creating a showcase video of the currently featured uniquely recorded voicesets in the mod, but I failed with my own schedule, sorry for this inconvience.

Happy New Year everyone, I wish all of you supérior luck for this year. Graion out.