A mod on the Source Engine ( SDK2013mp upcoming beta + Custom Modifications ) that takes the Player to the "Destiny", an Ancient Explorer Ship that traverses the "StarGate Universe". Like we saw it in that show. It's a small project by me, White Red Dragons. There is/are also some supporters (Listed in the first article). Modifications done to the engine were executed by "Sears" and "Saruna". Dx9 is also being executed, considering the graphical additions they made...

It was pretty quiet for the last time and I wanted to publish what happened so far!

Starting with the current team situation. The team currently consists of one person. Imperial left the group for an indefinite period to help out on other projects. When the stars line up we will see him again. I hope you brought your telescopes with you, might take a while. Damn, gonna be hard finding a coder...

So the current situation is that I am working alone on the project. With the exception of a few hand movements it was always like this.
The set is still in development on my PC (and an online backup of course).
Currently the UV's and the textures for the single sections are in development. They will probably need some editing later together with some model changes.
So far, I have completely imported the set with dev textures. The Chunnel-Area connected to the gateroom is almost entirely textured and features cool reflections. Source has giving me some troubles on this part so I will be forced to use baked lighting. This will eventually make the lighting even better. The current baking needs more work and is basically just some lights in the air... 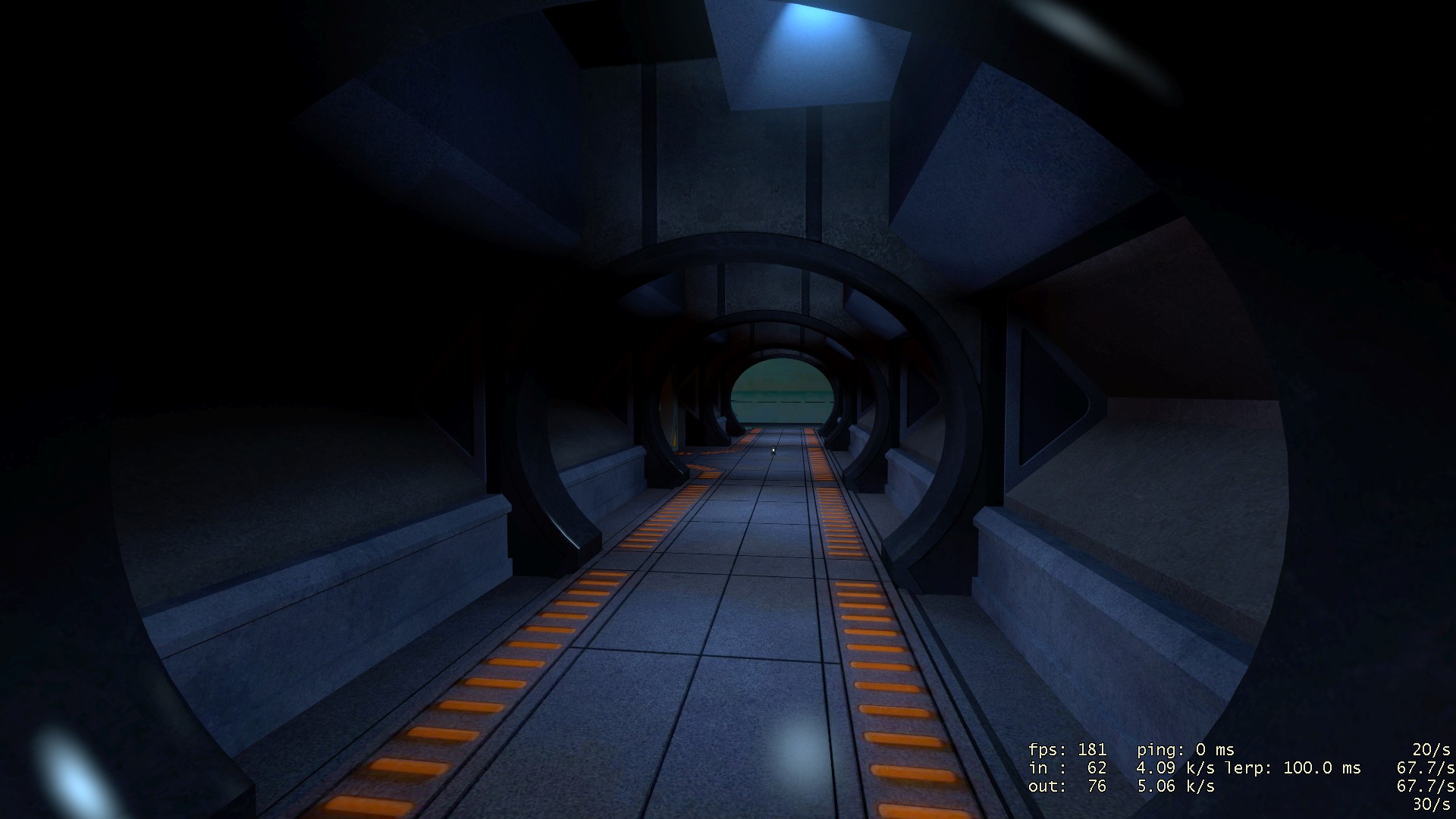 Things that have to be worked on are the framerate and the lights on the sidepanels. The framerate gets killed a lot currently. All models share the same origin so they are almost always entirely loaded. ... :)
The floorlights already have their fix done but not implemented.

Planned was to use the light entities but apparently theres a limit of 4 lights hitting a prop in the engine. Thats kinda bad because I planned to recreate the lighting of the gateroom using the ways they did it... -Well now I can :p

Other news would be that the project will be using Mapbase, a extension for sdk2013 with lots of bug fixes. Check out their moddb page!
Imperial posted some images of the DestinyOS thingie. Thats another thing I worked on. Currently the orthographic cameras ( added by Mapbase ) needed for this are a bit broken so its on halt for now. 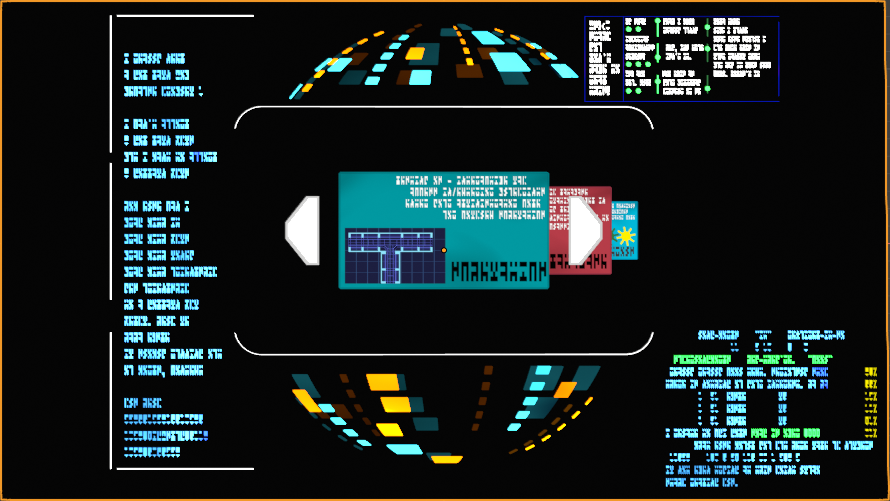 Don't worry. There probably will be a english version! Need to overwork that text anyways. Don't read it for now haha

Thats pretty much all I have to drop for now.
I wish you all a nice day! ;)

Credits for this Mod

These are the SGU Props we got so far. Uploading them so they are available for my teammate and anyone who might need it.