Assault Coop Mod is all about co-op! Each map will include save points, objectives, events, and even a mini-storyline to it. Players will be able to make tactical plans to take out enemy strongholds. You will fight to complete the mission along with your friends and along with some AI allies. Coop mappers can customize their maps with over 20+ custom/edited triggers. Survival, Waves, Campaign, Escort, Tower Defense style maps? Yes they can be made in Far Cry with Assault Coop Mod

So far its just myself(flameknight7). I am recruiting people to join the team!

If you'd like to turn your map into co-op style for this mod, plz inform me.
recruiting members to join the modding team. let us expand the co-op of farcry :D
for suggestions, questions, and so on
e-mail me at JackieSiuDigital@gmail.com

also,
-Lobby- 70%
*great level for players to mess around and decide what available coop maps to play.

for more progress and updates check out
Farcry.crymod.com

Campaign Coop will change the original far cry single campaign to work for coop. In Assault Coop the campaign maps have random number, position, and behavior of the AI so that each play through won't always be the same. Players can expect a much more difficult campaign with stealthy snipers, greater number of AI, fierce gunfire, and even hidden item spawns.

Here is recent game play footage of a original map and convert to coop.


The updated random spawn system allows easier and faster map setup. Mappers can complete AI setup much quicker, allow players to have a different experience, and give more re-playability to the maps.

Here is another video of gameplay with ZOMBIES :D The setup time for the zombie waves was around 5 minutes and you can achieve some fun results.

More updates include additional pre-textured models and improved blood particle effects. They are added to give much more variety to the enemies. No more seeing the same 10 models like in the previous versions. With the updated spawn generators, mappers can choose a much wider variety of mercenaries to face the players. Also, who doesn't want more blood when killing the bad guys? 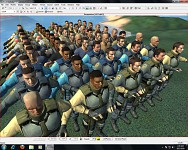 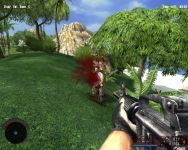 Custom maps by me(Flameknight7) will be in the release and shall include the .cry files so coop mappers will able to use them as reference. In case if you missed it, here are several shots of custom maps. 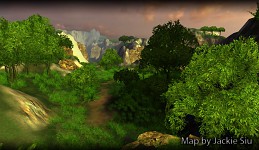 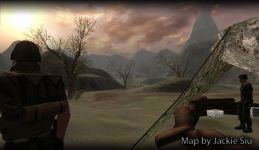 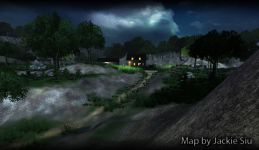 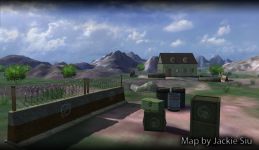 I'm (Flameknight7 aka Jackie Siu) the only person working on this mod.
If you would like to contribute, help, give suggestions, have questions, and so on just drop me an e-mail at jackiesiu@sbcglobal.net

Assault Coop will bring awesome cooperative action to Far Cry. It is coming closer and closer to a release. There are new additions, new sounds, new map...

Assault Coop Mod back in action!

Assault Coop Mod is back in action and revamped! Here is some gameplay of the new version of my mod Assault Coop v3.0 for Far Cry. Version 2.1 was scraped...

Assault Coop v2.1 is on its way! The campaign maps for the original farcry are tweaked for coop gameplay, more mercs in every map, more pickups in hidden...

Assault Coop is alive and updating!

Assault Coop v2.1 (aka v2.0 full) is getting closer to completion and will include many updates, bug fixes, and over 20+ maps. Also, the coop campaign...

Hello this is Flameknight7 aka Jackie Siu! Assault Coop mod was put together for your coop gaming enjoyment. This is a beta of version 3 of Assault Coop...

a little teaser for the updated zombies for Assault Coop mod.

this is some test gameplay for the campaign coop gamemode with me(flameknight7) and my brother(aquaknight7). This vid shows footage from the 1st and 2nd...

this is a preview vid of the zombie pack add on for assault coop lan.

Continue this mod or another modder plz create mod like that. lmao serious sam

does it have the original campain

Most of the orgional campain

Would be nice to have an update or two....

Hey Can say anyone how to install this mod please

Deimos#2642 I am on discord, hit me up and I can assist with your installation