Argonath RPG - A world of its own

"A world of its own"
Argonath RPG was founded in 2006 with a clear target. The founders were upset with the community they left because of how people treated each other, and how there was a lack of recognition from the administration for the efforts of new players and those who were not in the favor of leaders.
There for it was decided to create a new community that would be open to all people,
and where new players were treated same as regulars and veterans. With a new community this was not a problem, as everyone was new and the only veterans were the main leaders.
With the growth of the community over the years, there have been a number of players who do not know about the origins of our community, and the goals that were set when creating it. As a result, there has been a clash between people who feel that they are entitled because of being regulars and the goals and ideas of the owners and developers.

Argonath RPG a world of its own, medium level role-play server.
The role-play server with the best experience in the gaming world, a server which will show you the amazing wide open world, a world, YES! a world of it&rsquo;s own, It will show you adventures and thousands of opportunities and jobs, if you don't want to work all day long you can always take a day off and buy a fully loaded Shotgun with various mods at the ammunation, blast yourself a way trough los santos, or keep the peace! your head explodes with all the opportunities hidden in the big city of los santos, so? where are you waiting for? come to the cities, join us at Argonath RPG!

What if you could be who you want to be? it is possible, we offer you the following:

Advanced Registration system.
You are able to register your account with additional options to ensure safety!

City Foundation.
You are able to start fresh, play some days and get a passport and drivers license!

Property System.
The way to live your life in a building owned by you!

Vehicle system.
The way to move yourself, from state vehicles to owning vehicles!

Group protection system.
The ability to have a group-tag and protect it!

Inventory.
Collected weed, got a passport and license?

More stuff? yes there is!

A state of the art Panel
Argonath RPG GTA:MP Panel!

Direct feedback with the Developers
Talk directly with the developers of the game-mode!

Direct usage of the ideas section!
Join the forums and post your idea for the server!

More to be added.

"The Team" The team behind this project, advanced within scripting and graphical art.

Take a look at the various ways you can contact us:

Or take a look at our other servers: 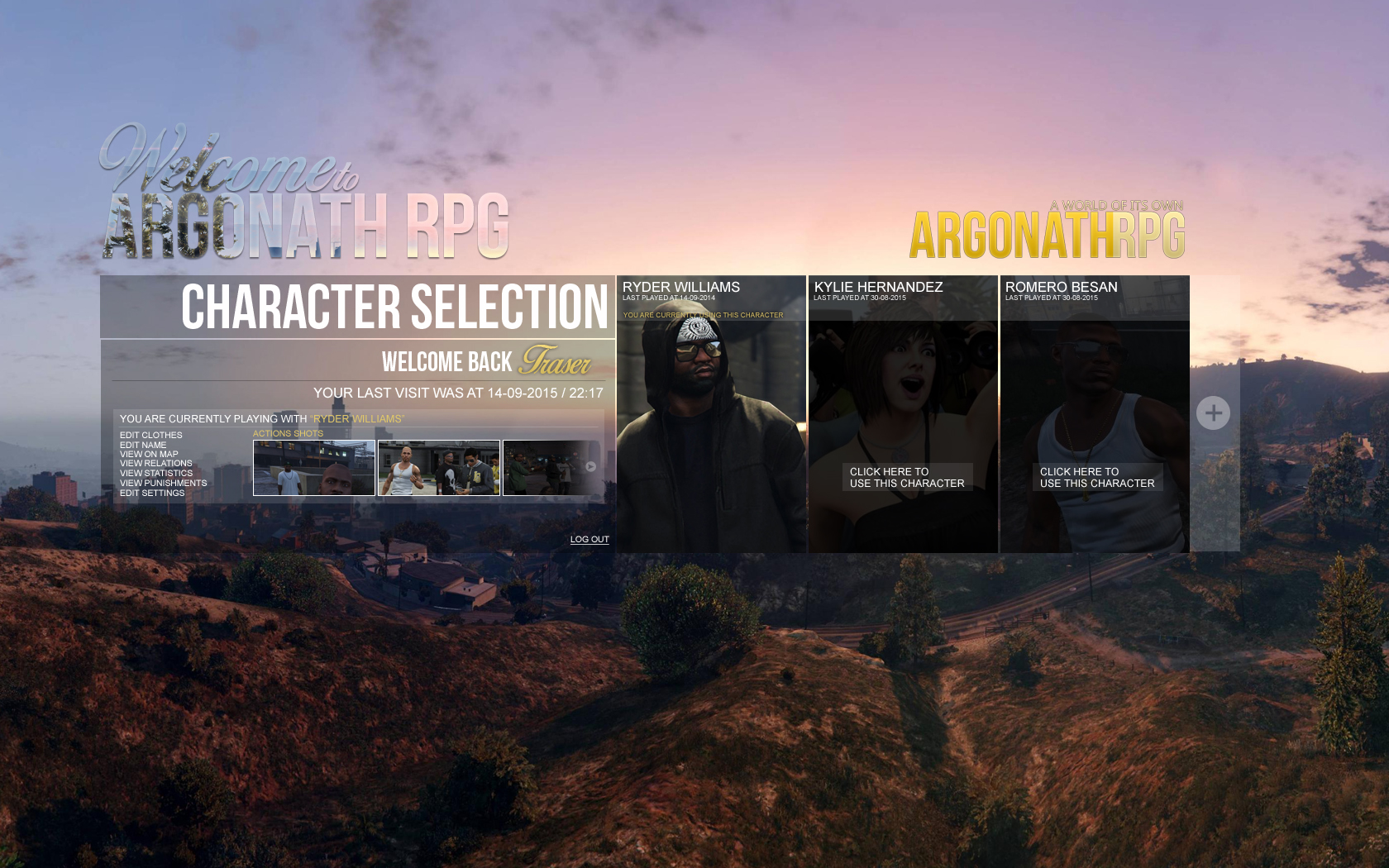 are we going to use it? you can vote at:

I can't wait for this.

Multiplayer
Twitter
Tags
Embed Buttons
Link to Argonath RPG - A world of its own by selecting a button and using the embed code provided more...