NOTE - this release replaces the recent BETA RC2 release and the old ALPHA RC1 release. RC3 is a complete new build - no patches. our servers are now all on RC3 so anyone who downloaded RC2 will have to download the whole thing again. We apologise for the false start but this build is a whole heap better than RC2 and believe us its worth it. for a full changelog see here


Welcome one and all to the next exciting release from the AFF: Planetstorm team. This build has been designated our BETA RC3 version, and focuses mainly on getting all the core features slick and playable, and we believe we've done that. This release is also our first to fully support online play, and we've had a dedicated server donated by CozmicShredder which we fully expect to see you all playing on in the coming weeks. For the short of patience, here's an at-a-glance feature list for the Planetstorm BETA release

IN GENERAL
IN SPACE
PLANETSIDE

US SERVER - COZWORLD AFF:PS provided by CozmicShredder, who also runs all sorts of other servers

Comprehensive documentation can be found in the included READMEFIRST text file, and online on our forums. 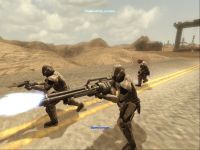 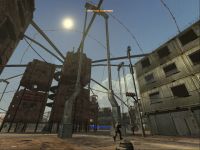 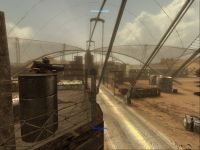 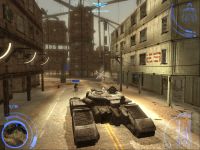 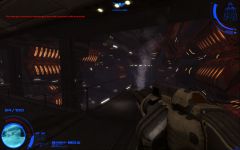 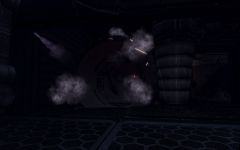 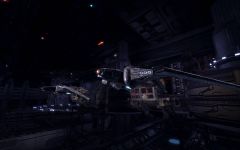 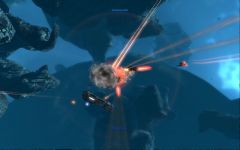 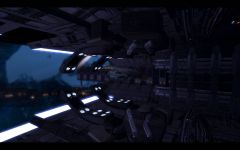 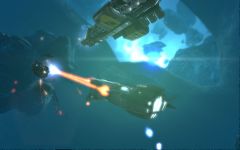 More shots of Meudeverre in action in this gallery. 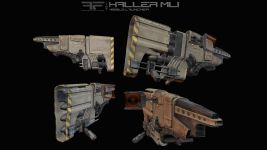 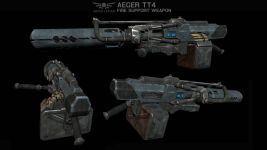 You can view the whole arsenal in this gallery.

And a Planetstorm Wallpaper made by our very own faxmaster, for you kiddies. :)
Big thanks to the AFF:PS team for truly outstanding pwnage on this release, and to Sarcen and Jetfire for cranking out RC3 in a week. 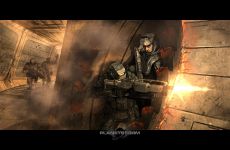 Other Mirrors available on our home page 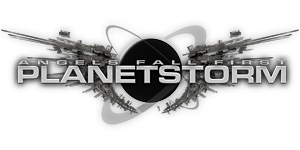 Hurrah! I decided to wait for this release and it sounds like it's worth it.

Definitly going to check this out. I hope more people get it b/c the U.S server is empty atm. Oh, and I like the server tracker on here. Nifty.

keep it up! this mod is awesome

Will do by the morning.

Looking foward to it

Please make a video in the near future.

I'm looking for a new mod to replace Natural Selection, and you know NS is no sloutch.

Gonna check it out. Finally the competition is getting near end and the mods near completion. Good job!

Holy sh*t! Looking better than ever! I would totally be online playing this right now if I owned UT3. (And if my PC was working correctly..)

Alright, now I really want to play this!

hm another reason 4 me to buy ut3

Played it. Great visuals, but gameplay is a little glitchy and confusing. I think i'll wait till a full release before trying it again. Good work AFF team!

Is there an uninstall option for the RC2 version?

Nice, it getting better.

I didn't find out how to open a map in top view or how to cycle targets. The game itself pretty much explains itself, although at the beginning it's a littlebit confusing.

The space level doesnt have any maps yet. Press G (best weapon) to select nearest target/ nearest to crosshair, and mousewheel to cycle between that ship's components if it has any.

Ahhhh, so g is for cycling targets!!! I played with you yesterday btw, under the nick Laspelotas!

Mighty confusing when you start playing but when you get the hang of it it's awesome! Now hoping that more people will join. :/

Where can we see some new gameplay videos of the mod?

One is in the works.

This weekend UT3 can be played for free on Steam.. will try out the mod then :)

(hope it works with the Steam version?)

wow one swedish server! must be the first time I ever see here on Moddb xD btw looks like an awesome mod, sad that I dont have UT3, maybe time to buy it xD

I refer you to the above post. Get your ut3 steam preload started and you'll be able to play it, and this, this weekend :)

Works fine on vista 64 for me. Make sure you run it as administrator.

Why wait? There's fun to be had already ;)

hey guys,
this is the best mod ive seen for UT3 so far, with the renegadeX mod being next best, but, would it be possible to release the guns or character models seperatley, so they could be used in ut3 vanilla?

We don't generally allow our work to be pared out beyond AFF related projects and experiences.

ok, i meant in the scence that you'd download, say a Markus fenix character, i wouldnt want to use it to my own ends, but i understand what you mean.

That is precisely one of the things we don't allow, but I do understand why some folks would welcome it. Thanks for your interest though. :)

while its obvious you guys still have a ways to go in terms of polish and programming, I was still floored by the quality and ambition of this mods assets. You deserve kudos for sure.

The only thing I disliked is using the current generation of games insistence of using a "realistic" color palette. Simply put, it makes the game boring to look at and, by extension, boring to play. This has more of a detrimental affect than you may think.

Otherwise, I look forward to your future releases and wish you guys the best of luck. Great job!

well, it's personal preference isnt it. we've had this giant dusty desert map as our benchmark ground map for years now and we're only just starting to branch out and do other stuff. we're bored as hell with sand, too. i do reject the idea that brown screen means boring game tho, the two really arent connected. thanks for the props tho.