All Under Heaven takes the game and transforms it into a Medieval Asian setting, in a period on the eve of the Mongol invasions of Asia, where the entire continent is about to be thrown into a period of warfare which will shape its history and determine the autonomy of many sovereign nations. In All Under Heaven, you may choose to control one of 15 nations from the start date of 1180 A.D. to the end date of 1280 A.D. Hundreds of new units, buildings, events, traits, ancillaries, and other features will bring the mystique and splendor of the Far East into your home. 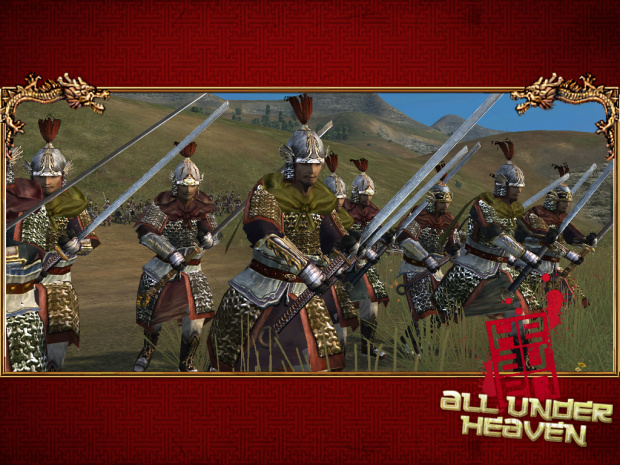 These are Chinese longswordmen friend

Samurai were from Japan, NOT Song dynasty China. These aren't Samurai. Read the title of the image more carefully from now on.

Confronted with the powerful heavy cavalry of the Khitan and later Jurchen people, the Song struggled to find a weapon to counter these iron-clad beasts. Most traditional weapons prove ineffective in melee against them. The ZhanMaDao (lit. 'Horse-cleaver') was one of their answers.

Picking the bravest, strongest soldiers within the ranks, and arming them with massive two-handed swords, these men represent the best infantry of the Song dynasty can offer. In battle, their aim is to charge into the fray and cut down anything that gets in their way.

The elite forces of the Jin dynasty was said to have only feared two kinds of Song troops: the ZhanMaDao and the ShenBiNu.