Opensource freelancer I came to Western Q3 since 2005, in 2008 I proposed my first patch to the Smokin' Guns team. Official member since january 2009, now I'm the official Smokin' Guns Linux release maintainer. 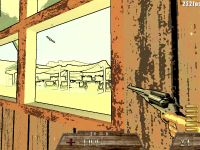 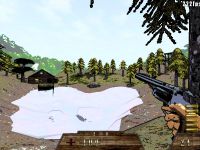 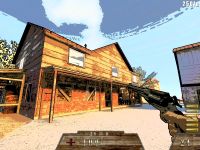 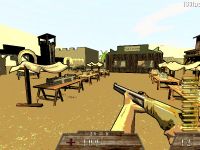 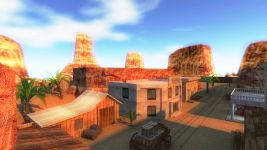 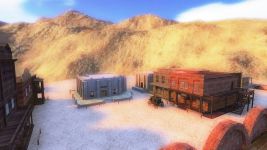 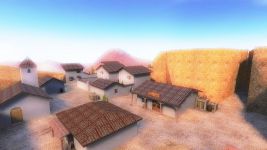 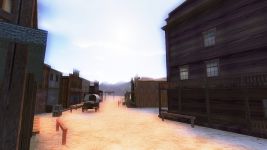 Here are the most important few stuffs that was changed from the original Gord Allott patch:

About point 3, for Smokin'Guns modders, programs can be loaded from /scripts/PROGRAM.glsl files where PROGRAM can be glslBase_vert, glslGauss9,glslGauss7, glslGauss5, glslBlurMain, glslSigScreen, glslSobel, glslSobelZ, glslToonColour, glslRotoscope or glslRotoscopeZ...
To test your GLSL program, you can also start the engine setting cvar "developer" to 1 and put your GLSL program to test as PROGRAM.cfg (like glslToonColour.cfg) in your configuration folder, next to your q3config.cfg file.
To try tuning FBO effects, get the GLSL programs addon. And leave a comment about your success !

I'm still active on Smokin' Guns 1.1 branch and I just want to present a little my work on rev310. The great news, it is another step toward a beta staging... The bad news, It helps to show new nasty bugs in Smokin' Guns...

So here is my published comment for that r310:


I won't go deeply in any code explanation, sources are opened and they should be self-explaining for any interested hacker. This r310 revision is firstly a hack to refactor the weapon fire code. I really think this is just a first step as we have 2 kinds of shoot, gun bullets and shotgun pellets, and their respective code is now more similar than ever.

Also for who doesn't know about Smokin' Guns, we have a great feature: we are able to shoot through walls. You can just now check my video section to see how trace can now be debugged to just show how it behaves.

PS: You can follow our discussion about that revision in our forum:
Weapon fire code refactoring