RSS Tale of the Rakas - Part 1 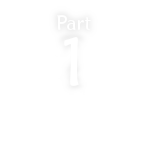 Tale of the Rakas

The sound of running echoed on between the rocks. A figure fled into an alcove only to find it was a dead end. He ran back seeing the two shadows that had been following him, he quickly ran in the opposite direction. 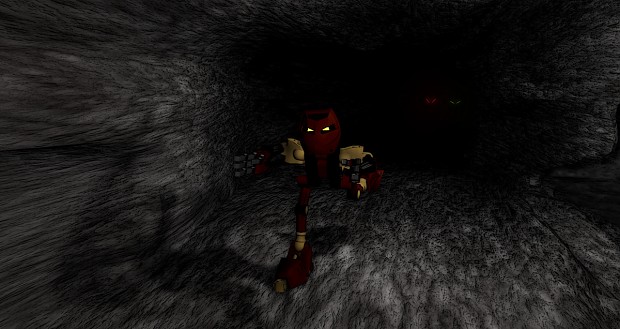 Click to view full-size
There was a light at the end of the tunnel; the figure ran out of the cave into the light of day revealing a matoran. He was almost out of breath. The matoran started running towards the village but a dark figure was visible in the distance coming towards him on the path.
He went the other way, running up a barely visible trail up to the mountain. He ran through some bushes and then quickly came to a halt; a giant drop had revealed itself before his feet. Standing on the cliff he had no idea what to do, he turned around. Three dark figures emerged from the bushes. There was a scream, then silence.

Ihlire was having a hard day. The chief of her village had once again given her a task that would take her a whole day to complete on her own. She was walking along a path in the jungle just outside her village carrying a large sack of rocks. It was her task to supply the burial grounds with ceremonial rocks to cover the dead.
She walked under the shadow of an overhanging cliff; she looked into the jungle to her right and noticed the shape of a matoran lying on the ground. She put down her sack and walked towards the body, the matoran was dead. Ihlire looked around and then up to the cliff, there was nothing there.
She picked up the body and started going back the way she came. 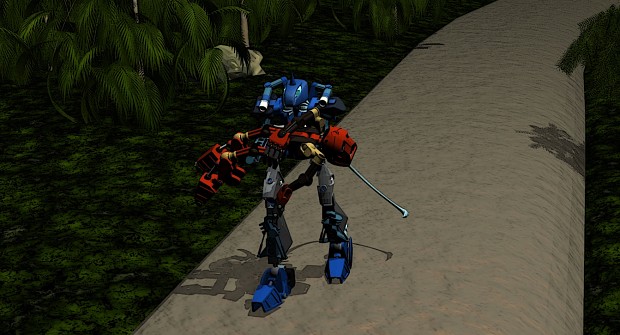 Click to view full-size
When Ihlire arrived in the village there were many horrified looks. She kept on walking until she came to the chief's house. She put down the body in front of the door and left.
Ihlire went back to her sack of rocks still lying next to the path and continued on to deliver it to the burial master.

When she came back to the village later that day she was met by two guards, they grabbed her on either side and dragged her to the main square of the village.
The whole village was waiting including the chief and the master of the guard.

"Ihlire..." The master of the guard began.
"I know what this is about" Ihlire answered. "That matoran I found earlier today. Fifteen of us have disappeared so far, all found dead the next day and yet the chief is not willing to send for help. Why is that?"
"You are right off course Ihlire" The chief said. "This mystery needs to be cleared up. This is why I've started an investigation to deal with this problem."
"What good will that do?" Ihlire asked.
"We believe the demon attacking our people is one from our own village" The master of the guard said looking very harshly at Ihlire. "As it turns out, we were right. This horrible demon has walked among us for many years..."
"You know who it is? Ihlire asked surprised.
"Yes" The chief answered. "We have a witness. Come forth Gerrin and tell us all what you saw."

"It was her" He said pointing at Ihlire. "I saw her push him down from the cliff"
Ihlire remained quiet.
"You committed this horrible act of murder and you shall be punished accordingly" The master of the guard said looking away from Ihlire and at the crowd gathered before them.
The villagers (mainly made up of matoran and Corae, the same race as Ihlire) started whispering to each other.

The guards escorted Ihlire, who had remained quiet since the announcement of her crime, to the village dungeon.
She was put in a cell. Ihlire was very unhappy with the situation but she was hardly surprised, it would have been easy for the master of the guard to have bribed Gerrin to tell a false story.
The next day Jiri, a friend, came to visit her in the dungeon.

"They are letting you go" Was the first thing she said. "The master of the guard announced just now that the witness has vanished and that no further evidence was found."
"It can hardly be as simple as that" Ihlire replied.
"No" Jiri answered. "The punishment for causing mistrust and spreading fear in the village is exile. You will be banished and cast out of the village on the condition you will never return. That's what the master of the guard said."
"So I can never come here again? But this is my home; I wouldn't even know what to do in the outside world." Ihlire looked frustrated.
"You are lucky you made it out of this mess alive, don't think you can get a better arrangement than this.

Shortly after the guards came to fetch her and she was taken to the chief's office. He was sitting on his stone chair looking at a chart.

"You are never to return here again, ever." He said. "Do you understand?"
"Yes"
"You may collect whatever things belong to you and then the guards will escort you out of the village."
"What about Jiri?" Ihlire asked.
"You are not allowed to speak to any of the villagers" The chief said. "You're getting a mild punishment for your crimes, if it were up to me I would have thrown you of that cliff along with the rest of the matorans."
"What do you mean?" Ihlire asked horrified.
"You figure it out on your own" The chief said as the guards pulled Ihlire back towards the door. "I have no time for this anymore." He whispered.

The master of the guard waited outside.

"Come and see me when you've collected your belongings, two of the guards will then escort you far away from the village." He said.

Ihlire walked towards her small house. Jiri was waiting inside.

"I'll walk with you for a short while" She said.
"Thank you, I appreciate that." Ihlire answered.

Ihlire looked at her bed, her table and the small altar in the back of the house, wondering if she would ever miss it. She picked up her tool looked around one last time and then stepped outside, Jiri followed.

"I was told to report to the guards when I was leaving but what's the point." Ihlire said. "Let's just go."

Ihlire and Jiri walked out of the village on the main road. They kept walking for a few hours until Jiri turned back. They said their good byes.

"Be careful in the village, don't trust the chief more than you have to." Ihlire warned.
"I will watch my back." Jiri said with a faint smile.

From now on Ihlire was traveling alone.

Lookin' good so far. Been a while since I had any decent Bionicle fiction to read.

There will be more later today. I already have Part 2 written, I just need to create some renders to go with it. =)