RSS Tale of the Rakas - Part 2 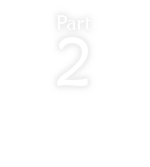 Tale of the Rakas

Ihlire didn't know much about the island apart from what she had heard from traders and travelers. The closest village was supposed to be a day's march if she stayed to the main road that went from the southern part of Raka to the northern part.
She was heading south.

After a couple of hours walking, she spotted a matoran was sitting at the side of the road next to a broken wagon. He was fiddling with some tools, accidentally dropping them now and then. 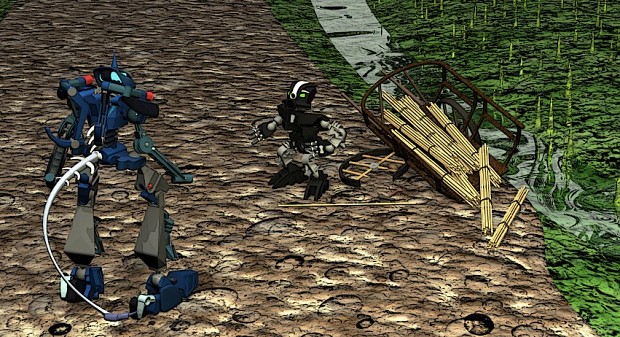 The matoran looked up.

"Oh nothing I cannot fix." The matoran said sounding unsure.
"You obviously need a new wheel for your wagon" Ihlire pointed out.
"Why yes, I do. But you don't see any lying around here do you?"
"No need to get angry, if you like I can send someone back with a spare wheel when I reach the next village" Ihlire said while looking down the road.
"Well they won't have any in the village, but there is a cottage a little further along the road. They know me and will send someone back if you tell Juriin sent you."
"Very well, I will do that." Ihlire said.
"Good!" The matoran called Juriin said. "Just follow this road until you see a path that leads into the forest to your right, follow that path up for a short while and you'll find the cottage there. Ask for Arcour."

Ihlire continued along the road.
She found the path leading up the cottage and followed it up. Several trees were cut down next to the path suggesting someone recently worked here.
After a short while she saw the cottage. There were some tough looking Corae standing outside, she thought they might be forest workers.
They spotted Ihlire walking up to the house.

"Hey, what are you doing here?" One of them asked.
Ihlire walked up to him.
"I'm looking for Arcour. A matoran called Juriin sent me; he has some problems with his wagon."

The Corae who addressed Ihlire first looked at his mates.
"So, Juriin sent you to us?"
"Yes." Ihlire answered.
"Well lucky him, we were almost thinking we would have to sit here all day listening to Urcas talking about his Kolhii exploits."

The other three Corae picked up their tools and positioned themselves around Ihlire.

"If you will please follow us." He said.
"Who are you? Ihlire asked.
"Oh, Arcour is the name. Bandit and bounty hunter."
"I'm no use to you, bounty hunter."
"We shall see about that." Arcour said. "Put her inside."

They dragged her into the house putting her in the cellar and locking the door behind them.
Ihlire sat on the floor in the corner. She was very frustrated. How could she have fallen for such an obvious trap?
For hours no one showed up and she began to wonder if they were just going to let her starve to death in the cellar.

The next day she heard two of the bandits say Arcour was leaving them while dealing with some other business. They did not say what.

Living alone is said to be a pain, but lying in a cold cellar unable to move with three bandits outside the door was worse. Ihlire thought about this for a bit, then she started freeing her left hand. She was rubbing the rope against a protruding piece of stone in the wall.
When she finally had freed her hand, she scribbled something in the dirt.

"Living alone is said to be a pain, but lying in a cellar unable to move with three bandits outside the door is worse"

But now she had one hand free, she started untying the other, and then her feet. When she had completely freed herself she looked around at a possible exit. The door looked solid enough. She tried kicking it, it didn't move. Then she looked at the window, it was a small hole with some roots used as bars. It occurred to her this was not a very good cell. She started pulling at the roots until they came lose one by one. It was getting dark outside and she heard the bandits mumble to each other above her. She took the chance. She squeezed her thin body through the hole and pulled herself up underneath the second window above her. If she stayed crouched, they wouldn't be able to spot her, she started moving along the wall, slowly but quietly.
When she got out of sight of the window, she went around the back and found a small shed, inside it was her tool and some other simple weaponry. She took her tool but accidentally knocked down one of the axes, it fell to the ground with a slight thud. She stood absolutely still, listening to the slightest noise that might be made by three angry bandits slowly getting up to check out the noise. This didn't happen, instead one of them yawned really loudly inside the house.
Ihlire sighed and walked outside but with her tail she knocked down three other tools on the opposite wall, they fell down with three loud metallic clangs.
Ihlire ran.