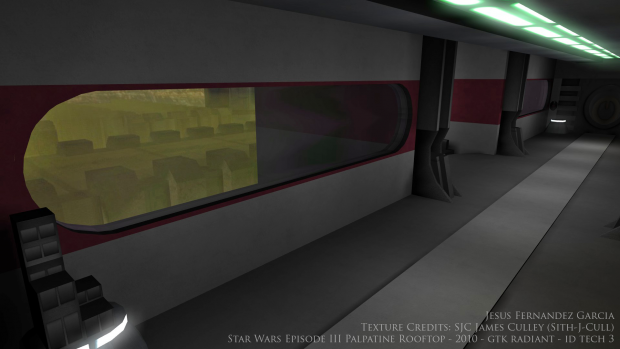 This map is inspired by the movie from George Lucas. Star Wars Episode 3: The Revenge of the Sith. Going a little bit in-depth, is that I wanted to expand the vision of the map from what there was already shared with the community. It was a nice project.

Link: Moddb.com
CREDITS:
Ravensoft for making the amazing games: Star Wars Jedi Knight: Jedi Outcast and Jedi Academy. Textures belong to them.
Credits for the creator of Episode III Map Pack: SJC - James Culley (Sith-J-Cull). He released a map of this scenario first, and was one of the reasons of inspiration to create mine. His Textures were used for the creation of this map.