Game of Thrones - Fans of ModDB Season 1 of Game of Thrones

Season 1 spans a period of several months on a world where the seasons last for years at a time. The action begins in the unified Seven Kingdoms of Westeros as the long summer ends and winter draws near. Lord Eddard Stark is asked by his old friend, King Robert Baratheon, to serve as the King's Hand following the death of the previous incumbent, Eddard's mentor Jon Arryn. Eddard is reluctant, but receives intelligence suggesting that Jon was murdered. Eddard accepts Robert's offer, planning to use his position and authority to investigate the alleged murder. Meanwhile, on the eastern continent of Essos, the exiled children of House Targaryen, which Robert destroyed to claim the throne, are plotting to return to Westeros and unseat the 'usurper'. To this end, Viserys Targaryen arranges the marriage of his sister Daenerys to Khal Drogo, the leader of 40,000 Dothraki warriors, in return for the use of his warriors in invading Westeros. 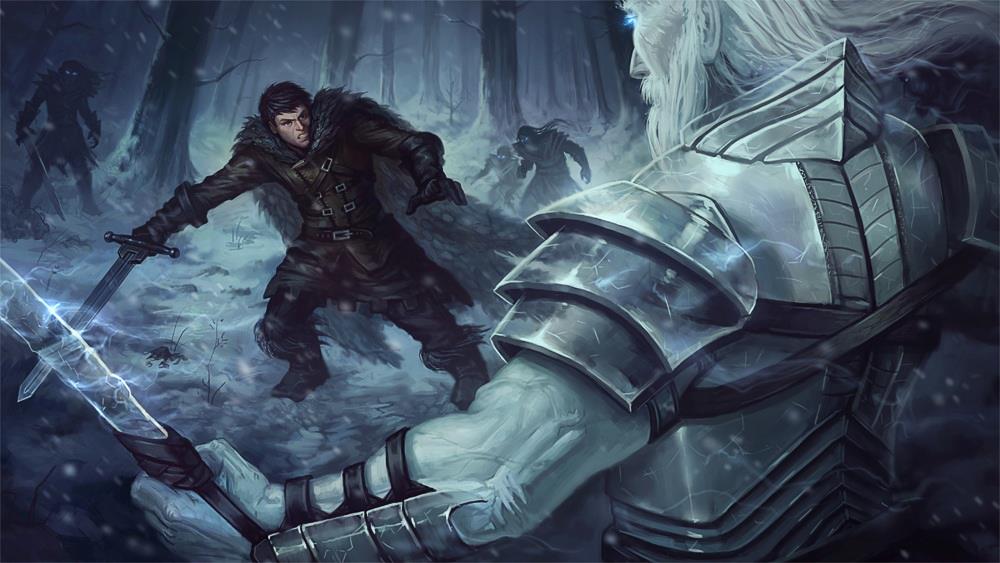 Season 2 of Game of Thrones

Season 2 spans several months on a world where the seasons last for years at a time. The Seven Kingdoms are at war, with the King in the North, Robb Stark, fighting to win independence for his people and those of the Riverlands. Robb decides that he must win the allegiance of the fiercely independent ironborn to his cause, and sends his best friend Theon Greyjoy to treat with his father, who is hatching plans of his own. Meanwhile, Joffrey Baratheon holds the Iron Throne with the backing of the powerful House Lannister, but his uncle Renly has also claimed the throne with the support of House Tyrell, whose armies are much larger. As they struggle for the throne, Tyrion Lannister arrives in King's Landing to take matters in hand, only to face opposition from his scheming sister, Cersei, now the Queen Regent. However, there is another faction entering the picture. Stannis Baratheon, Robert's younger brother and Renly's older, has also claimed the Iron Throne. 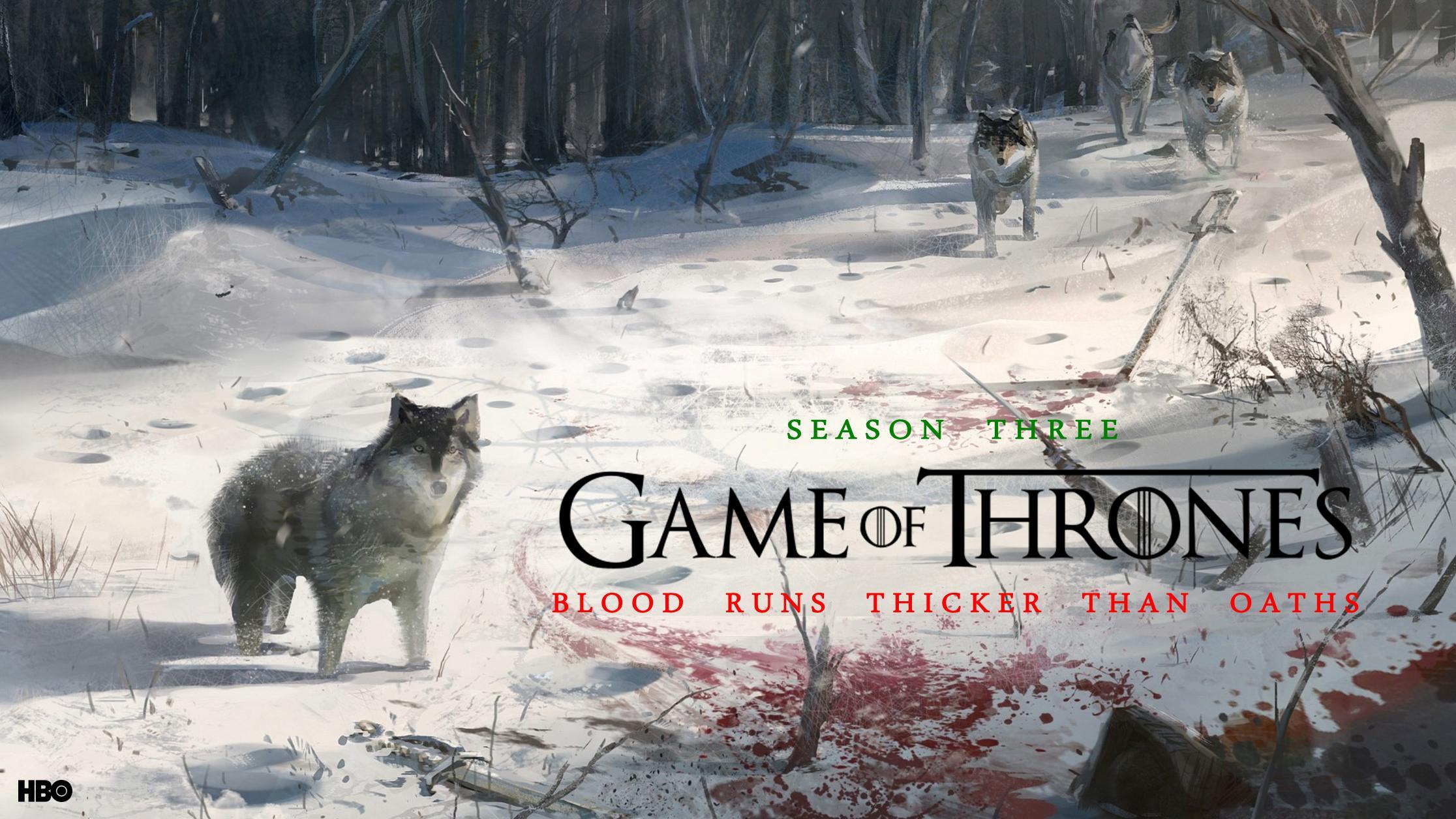 Season 3 of Game of Thrones

Season 3 spans several months on a world where the seasons can last for years at a time. Autumn has fallen across the world, with winter not far behind. The people should be preparing for years of snow and ice, but the Seven Kingdoms of Westeros instead remain gripped by civil war. Would-be king Renly Baratheon has been assassinated, altering the alliances in the war. The cruel boy-king Joffrey Baratheon has won a great victory by securing an alliance with House Tyrell, with his supporters defeating his uncle Stannis in an epic battle. Joffrey now commands the largest armies in the realm and his triumph appears inevitable. King Robb Stark remains in the field, however his homeland, the North, is partially under ironborn occupation. Robb needs to decide on a course of action to win an overall victory. He must also win back the allegiance of House Frey, whom he has offended by breaking his marriage pact to them. King Robb has won every battle he has fought, but as with old King Robert, the Starks will have to see if good soldiers make good kings. Stannis Baratheon may be defeated and most of his army destroyed or scattered, but he is not out of the fight yet. Having retreated to his headquarters on Dragonstone island with his handful of surviving soldiers, Stannis' status as the last legitimate heir to his older brother Robert still casts a shadow over Joffrey's claim to the throne. 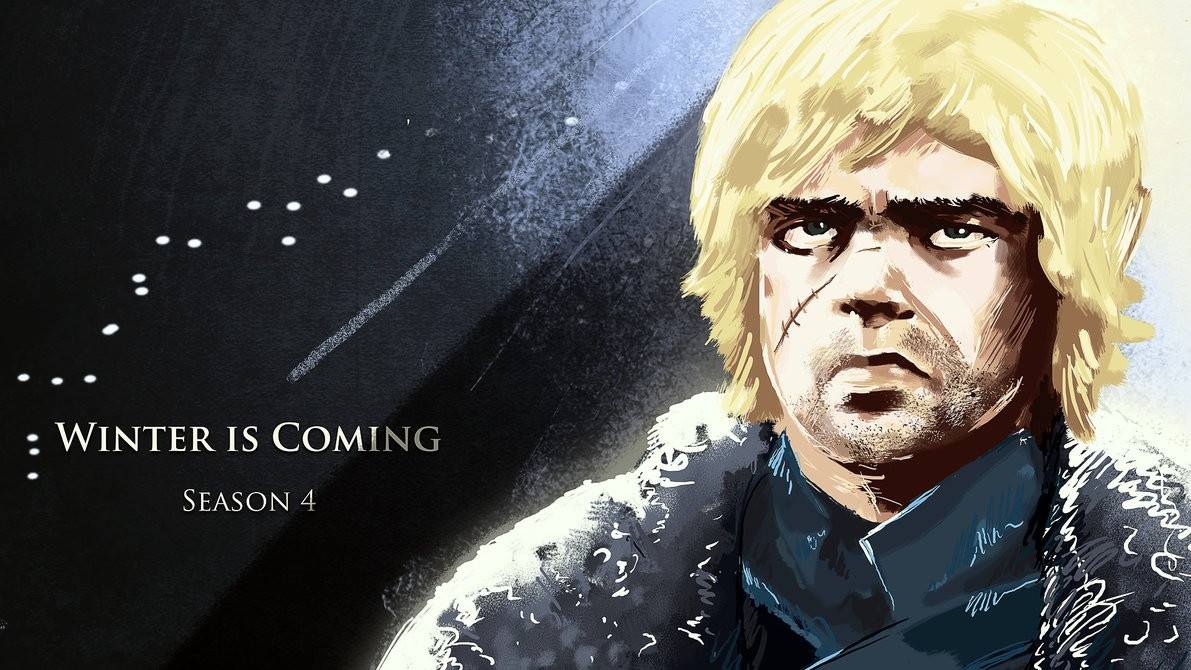 Season 4 of Game of Thrones

Season 4 spans several months on a world where the seasons last for years at a time. The War of the Five Kings is drawing to a close, but new intrigues and plots are in motion, and the surviving factions must contend with enemies not only outside their ranks, but within. King in the North Robb Stark is dead, betrayed by his own bannermen the Boltons and Freys while he was a guest under the Freys' roof. Robb's mother Catelyn and his wife Talisa, along with most of the Northern leadership were also killed at the massacre now known as the Red Wedding, along with the entire Northern army. Having already defeated the Baratheon threat at the Battle of the Blackwater and secured southern Westeros, House Lannister stands triumphant. The crazed boy-king Joffrey Baratheon gloats, though the victory truly belongs to his grandfather, Lord Tywin Lannister, Hand of the King and the real power behind the Iron Throne. As reward for their betrayal, Tywin has granted the Boltons rule of the North, and the Freys with nominal rule of Riverrun, though the castle remains under the command of "Blackfish" Tully. 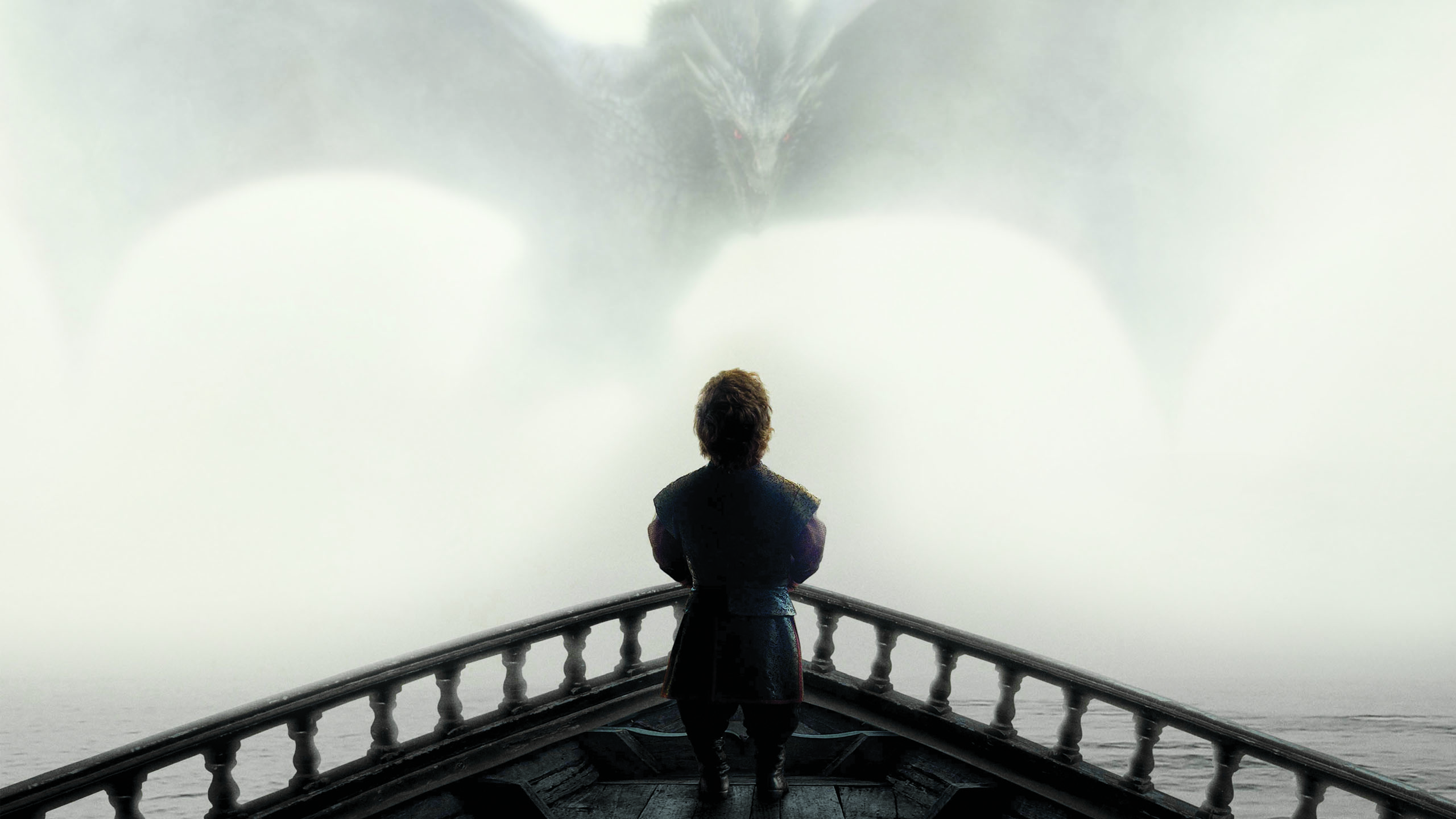 Season 5 of Game of Thrones

Season 5 spans several months on a world where the seasons last for years at a time. The War of the Five Kings, once thought to be drawing to a close, is instead entering a new and more chaotic phase. Westeros is on the brink of collapse, and many are seizing what they can while the realm implodes, like a corpse making a feast for crows. Cersei refuses to share her plans With Tywin dead and Tyrion gone, Queen Regent Cersei is now Head of House Lannister and tasked with the burden of continuing her father's legacy. Tywin Lannister is dead, shot on the privy by his long-abused dwarf son Tyrion. The crazed boy-king Joffrey Baratheon, Tywin's grandson, is also dead after being poisoned at his own wedding, and succeeded by his younger and more pliable brother, Tommen. Queen Cersei Lannister succeeds her father as the head of House Lannister, and once again takes over as Queen Regent, as Tommen has yet to come of age.

Since the last update there has been a lot of progress in terms of models for the game. and we now have a road-map for how we want progress to go, as...

A one choice can change everything

Remember that this contains some spoilers of the game.

Halloween competition 4 of 4 / Now you have a chance to win a collection package called "Telltale Games Collection" In this contest will there be selected...

The first screenshots from Telltale Game of Thrones adventure is out now!

Almost that time of year again. I wonder who dies next :DD

You play or you die xD

I wonder if guys are still shouting that stuff ; all hail king Stannis! True king! hhahaahahah funny isn't it?

All hail Stannis, the one true king! Doing what needs to be done for the realm of Westeros!

It was a heartwrenching scene though. She was holding onto the toy horse that Davos gave her too :(

I'm both excited and dreading the usual SHTF that comes with ep 9s. Please let Stannis the Mannis, and Jon Snaw survive to the end ;<

Tags
Embed Buttons
Link to Game of Thrones - Fans of ModDB by selecting a button and using the embed code provided more...