We, the Beings of the Galaxy, in order to form a free union of planets, establish justice, provide for common peace and prosperity, and to secure liberty for all beings, do ordain and establish this Galactic Alliance. Let the stars sing! Let the planets shout! Let the Galactic Alliance begin!

"We, the Beings of the galaxy, in order to form a free union of planets, establish justice, provide for common peace and prosperity, and to secure liberty for all being, do ordain and establish this Galactic. Let the stars sing! Let the planets shout! Let the Galactic Alliance begin!"

Declaration of the Galactic Alliance

We, the members of the members of the Army of Light, have struggled for a long time too see justice restored to the Galaxy. We have fought against the abuses and moral atrocities of the Sith Empire. We have watched planets subjugated, and we have helped planets regain their freedom. We have lived an ideal: We have died for a just cause. Now all of us share a victory that was long overdue. The war have been won, and freedom have been restored to the Galaxy. What was taken away by subterfuge, trickery and violence has been reclaimed through the efforts of brave, honorable beings banded together in a common cause. We have done what many claimed was impossible. We have defeated the Emperial war machine. Acting upon our own moral conviction and the principles of equality and compassion, the Army of Light has accomplished its lofty goals. In the name, and by the authority, of the free beings of the Galaxy. We declare the birth of the Galactic Alliance.

We must not allow the mistakes of the Old Republic to corrupt the Galactic Alliance. This goverment is dedicated to liberty, freedom and justice for all beings in the Galaxy. The Galactic Alliance is sworn to be fair, virtuous and honest, for it was the corruption of the Old Republic that seeded their fall. The true work is just beginning. We must now restore the Galaxy. From the Core Worlds to the Outer Rim Territories, we call upon all worlds to send representatives to help forge a new Galatic Government. This is to be a union of all peoples. With these words, the birth of the Galactic Alliance is hereby declared! We, the Beings of the galaxy, in order to form a free union of planets, establish justice, provide for common peace and prosperity, and to secure liberty for all being, do ordain and establish this Galactic. Let the stars sing! Let the planets shout! Let the Galactic Alliance begin!"

The Senate is a deliberative body composed of senators, usually associated with legislative functions, although it can also hold executive or judicial powers of varying degrees. The Senate will hold most of the judicial powers along with much of the executive powers withing the Galactic Alliance goverment. The Senate was lead by the Chief of State.

Chief of State, President of Senate and Commander-in-Chief:

Senators
ArielYssou of the Jedi Order
Keeper_Orsaa of the Rakata

NOTE: The post of Chief of State have been replaced with the Triumvirate consisting of:
Grand Admiral Sab3r
Jedi Master Raol
President of Senate Headhunter

In case of a petition of no-confidence. The position of Chief of State can be indefinitely suspended and its constitutional authority would be redirected to the a Triumvirate, composed of the Jedi Master, A Senator and the higest ranking military officer. To ensure that no single individual could possess direct control over the Armed Forces or the Intelligence Service, a two-thirds majority vote was required within the Triumvirate in order to make executive decisions. The only exception to this rule is that any member of the Triumvirate can act on his own the defend the nation.

The Rights of Sentience Bill

The Rights of Sentience speak out against speciesism and set out the rights that all members of the Galactic Alliance are entitled to, including: The formal outlawing of slavery, The declaration that all sentient lifeforms were equal, and should be treated as such and that All Galactic Alliance citizens are entitled to all rights enshrined in the Constitution, including suffrage, protection from undue hardships, etc.

The Chief of State have the right to declare war against any known enemy and as Commander-in-Chief over the armed forces, directly take command over any military force in the Galatic Republic in case of emergencies that require a immidiate reaction. Should the next in line commanding officer find the Chief of State's motives in doubt, he may prevent the Chief of State from using the Executive Powers Act.

The Political Rights Bill decides what planets may fall under the control of the Galactic Alliance, expressly forbids the assertion of power over any planet without a native population and allows any beings to settle such a planet without political affiliation.

Planet Negotiations [Rejected]
The Senate reached out to the Mandalorians in an attempt to negotiate for former Republic Planets in exhange for former Imperial Worlds. The Mandalorians rejected it immdediately and left negotiations. Much to the disappoitment of the Senate.

For the sake of the people of the galaxy and for mutual protection, the galaxy's nations have come together to form a Galactic Council that will ensure stability after decades of conflict.

1§ The Nations signing this agreement are bound to follow the following dictations as they are mentioned. A breach of this agreement can result in punishment by the other factions in form of economic sanctions or in the worst case excommunication.

2§ All Nations must contribute with financial backing to the Galactic Council establishments and security forces.

3§ The sanctity of the Galactic Council must not be compromised by hostile action with Council space or the responsible Nation must adhere to punishment by the Council members as 1§ dictates.

4§ The Council Nations must respect and follow the basic rights of sentience for all those under their protection.

5§ In case of natural disasters or war, all Council Nations are bound to send relief supplies if in any way possible to the civilian populations on inflicted systems. This does not include the military forces of a nation in war.

6§ Any Nation in the Galactic Council can lay down a Veto resolution against a decision made by the other Galactic Council members unless it conflicts with the following paragraphs; 1§ - 2§ - 3§ - 4§ - 5§ - 7§. 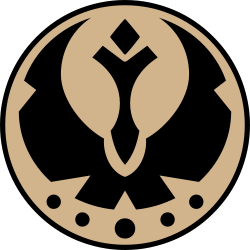 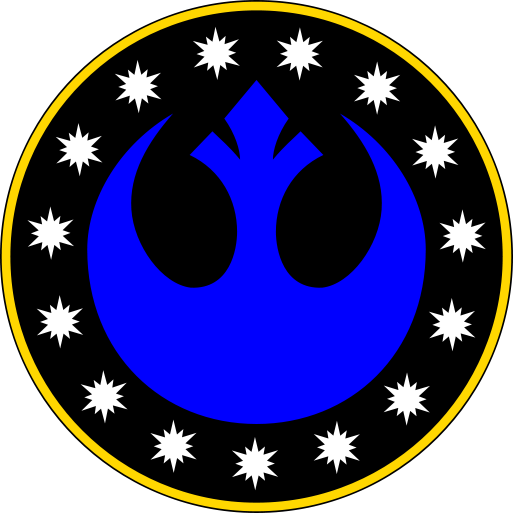 Very Nice, Headhunter! It looks even better then the old one :)

Can the Gray Jedi form an alliance with the GA? I don't see many problems WITH an alliance, and I think that it would be good to ally with some groups if the Gray Jedi group is going to come back to life :)