The game will be available for download for free, in pre-alpha version, through Crunching Koalas Beta Program.

Thanks for voting and helping WordTrap Dungeon on it's quest to become the 2022 Indie of the Year. You are now in with a chance to score some free games. Help this game secure more votes by embedding the widget (or link) we have included below on your favorite sites.

Our second game- WordTrap Dungeon, is ready for download in a free pre-alpha version, through our Beta Program. Go inside, register, play and give feedback so your name can be mentioned in the final game credits.

Here's a short gameplay video of the current version:

It's a crossover, word spelling game, mixed with classic dungeon crawler mechanics. The rules of the game are simple:

The game is available on Windows, Mac OSX and Linux. Please note the Linux version has been tested only on Ubuntu and Debian.

Early version of WordTrap Dungeon can been downloaded by anyone, who is registered to our Beta Program. You can register or login (of you already have an account) to the program here:
Beta.crunchingkoalas.com< 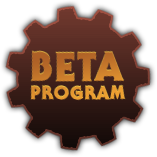 Our Beta Program is a kind of a crowdsourcing initiative, which enables everyone to play, test and send feedback on early versions of our games, for free.

Everyone who actively participates in the Beta Program will be mentioned in the final game credits and will hopefully have an impact on the look and feel of the final game. We're also planning on rewarding the most committed Beta Program members with full versions of our games and discount coupons.

At this moment there are nearly 2500 people registered to our Beta Program.

That the game will be available in the following languages: English, Polish, French, German, Italian, Spanish

Still, there are few features/things that we are not sure about:

We would really like to implement some of those, but it really depends on how the community feels about the game. Please go to our forums and write a post in this topic if you feel those features should be implemented.

WordTrap Dungeon will be also available on Ouya, we will release a pre-alpha (or later) version of the game when the console is on the market. We are also seriously thinking about bringing the game to iOS, Android and Kindle, but let’s not get ahead of ourselves… We are planning on releasing the final, PC/Mac/Linux version of WordTrap Dungeon in the second quarter of 2013.

We have been working on this game for some time. Early prototypes has been created in November, but due to poor tests results, we decided to abandon the project.

The project has been revived in January, when the Ouya CREATE game-jam has been announced. We have rewritten the game from scratch, redesigned all the mechanics and remade the assets so they would fit the OUYA console, personal computers and touchscreen systems.

looks nice but cannot play it because I cannot set the screensize and language ... bug report in forums ... I think it need more translations to make it playable for foreigners ... my translation offer is located in the forums too ...

just finished the alpha levels, that was pretty fun! looking good so far, like the art style and the whole coming up with words

Thx d10sfan, we'll be posting updates until the game's finished, so be sure to follow us! ;)

A Boy and A Fox Puzzle