Play as Willem , a wealthy Baron who must defend his people from the invading army of the Commonwealth of Trini despite the lack of help from the expansionist Kingdom of Nolan. Willem hires a local band of mercenaries lead by Aurthur Blake who intends to help Willem for a price and other unknown motivations. Take control of an army of Steam-mechs and Airships that you can upgrade and customize to defeat the enemy in 4 regions with a total of 21 battles, purchase items and unlock Lieutenants that give you various ploys and tactics to use against the opposing commanders. Wings of Agrias has 3 difficulty levels for increased replay value and requires mastery of tactics to defeat on the highest difficulty.

To promote Wings of Agrias and grow its popularity (top games), use the embed code provided on your homepage, blog, forums and elsewhere you desire. Or try our widget.

Thomas Blood crossed the Atlantic in chains, an enemy of the English Crown condemned by Queen Victoria herself. But his destiny was as a free man, a captain...

Steam Squad - turnbased wargame, which takes place during the First World War, in an alternate universe. World War I in this universe has not become the...

Super Trench Attack 2™ is a turn-based squad game set in a world war setting. You find yourself deep behind enemy lines, with the stolen black army...

Phantom Doctrine is a strategic turn-based espionage thriller set at the peak of the Cold War. Drawing on a wide variety of influences and capturing the...

1943: The world seems to face its destruction in all parts; war is raging like never before. You are the commander of a squad, leading the soldiers you’ve... 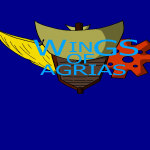