Weapon Test Dummies is an action packed strategy/puzzle and tower defense game with over 40 unlockable turrets and abilities. Each unlock has a unique purpose, and there are dozens of strategies that can be used to beat the same level.This isn't your average tower defense either. Its not uncommon to kill hundreds or even thousands of Dummies in just a few minutes, all in the name of science!

Weapon Test Dummies 0.30 has been released! The new update contains many new levels and graphic updates for the game. 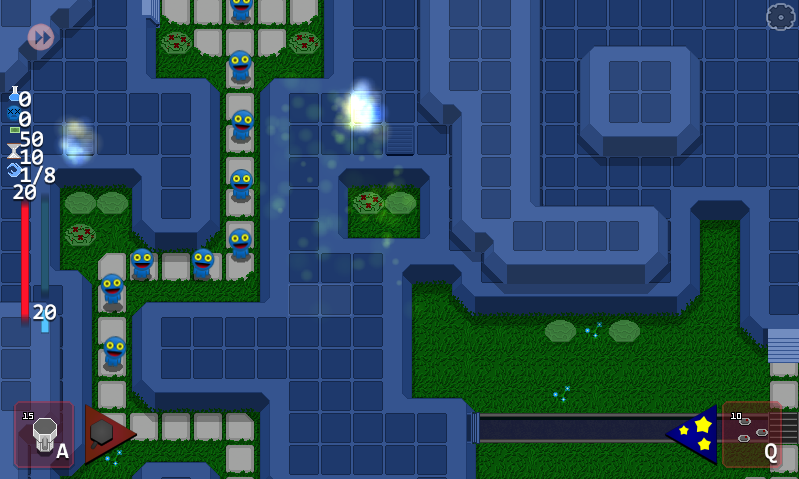 Here's a quick breakdown on some of the new changes:

Weapon Test Dummies is still in Alpha, with many more improvements still coming! Help support us so we can continue to grow the game, and get it now for half off!

Weapon Test Dummies - So Here's the Alpha, Now What?

Hi everyone, I thought I'd give you an outline of what's next for Weapon Test Dummies, and also throw together a quick guide on things that aren't exactly...

An action packed tower defense game with over 40 unlockable turrets and abilities, and dozens of levels.

Hey everyone, I am really sorry for being slow on the updates. This year has been really hectic for me. I am returning to full time development in a few months hopefully, so stuff should start moving then. I am really sorry for the slow progress, but just letting everyone know that it isn't abandoned.

Oops, I think I accidently deleted my reply to Bashful, just wanted to state again that the game is still being worked on its just moving a little slow, but there are many more features planned!

For any TDG fans reading this, this game is a bargian at this price. BUY IT!

"You need something that could make this stand out from other td games"
IMO having so many turrents sets this apart, Going through the levels with different towers is fun.

Is this still being worked on? Last I knew it was still in beta.

Your demo and 1/2 price sale sold me the game. Thanks

I liked it much! I played GNU/Linux version and i have a little problem:
I can not use the unlocked turrets. Unlocked abilities become usable but unlocked turrets do not show up on in-game turret purchase list.
Great game and I'm looking forward next update:)

Hey Oz, glad you like the game so far. Sorry if this isn't clear, but the turrets you unlock are upgrades for the main turret in the same tree. So if you unlock a gunner, you have to build a gunner first, then upgrade it to the unlock. Let me know if this isn't the issue. Thanks!

Hi there, just come back to play this again now I noticed a new update was out. You deleted my save file, I had all the other levels complete except the test ones as they were extremely difficult :( Never mind though, when a build like this comes out I normally restart anyway so all is good :) Thanks for a bigger update than what I was expecting :) Now time to try it out, only got to the new game screen before writing this :p

Hi Bashful, very sorry about this. There were changes to the save file that I had to make that made it hard to maintain backwards compatibility. If you want to go back to having the first levels beaten, you can follow the instructions here:

No, don't worry about it. As I said when a bigger update comes out, as it did, I normally restart again so it's no problem. I was only joking with the start of my post :)