Vroom is a racing and vehicular-zombie-flattening game for iThings, Windows and (any day now) Mac, based on Shotgun Sunrise and made with the UDK. Drive your big blue truck around three zombie-infested tracks, boosting up half-pipes, catching mad air, and revelling in your extermination of the loathsome undead.

Vroom for iOS got updated today, including the much-demanded non-tilt controls. The game is still free on both iOS and Windows.
Changelog:

In other news, we have another Windows and mobile game that's gone up on Greenlight today and could use your vote. Check that out too! 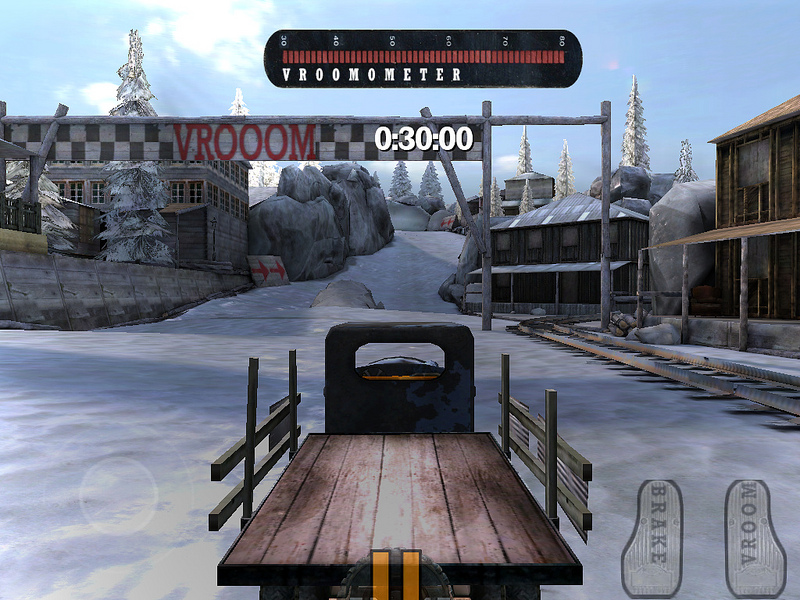 The iOS truck-driving zombie-smashing game all the cool kids are talking about can now be played on your personal computer!

The second Vroom update is now available on the iOS app store. Pull it on down. Also the price has gone down from $1.99 to $0.99.

The first update for Vroom! is now available on the App Store. Changelog below.

Vroom! released for iPhone and iPad!

Get in a big blue truck and run over some zombies in the newest release for iPhone and iPad!

We made a PC version of Vroom for kicks. Play it on your personal computer machine! Featuring all the fun of the original, PLUS!?!?!?!?: -Improved graphics...

on PC there needs to be mroe advanced options, for me its mostly SSAO that i need to turn off and i cant find the coinfig file to do it manually

The file you want is "Vroom!\UDKGame\Config\UDKEngine.ini", the setting is "AmbientOcclusion" - set it to false instead of true.

We're up on the store, you guys!

Please let us/me know about any issues you have and we'll try to get them fixed in an update real soon.

why did you guys stop with shotgun sunrise :(

Very fun driving game. Recommended to those who just want a bit of mindless fun from a game once in a while.