Trisector is an arcade style side scrolling bullet filled shoot-em-up (SHMUP) that has a dash of cave flying and a heaping ton of bullets.

Trisector v1.0.5 (213) was released on the App Store on Dec 18th, 2013. This update focused on a complete level revamp, improving enemy weapons and patterns, and UI/HUD improvements.

The tutorial and story levels were all redesigned to bring the bullet and laser filled action. Each level should provide a more consistently challenging run.

The enemy ships are now equipped to fire bullet patterns instead of the normal bullets. Unlike the normal red bullets, the orange pattern bullets will destroy the player projectiles when hit. These pattern projectiles are both an offensive and defensive weapon used by the enemy ships. 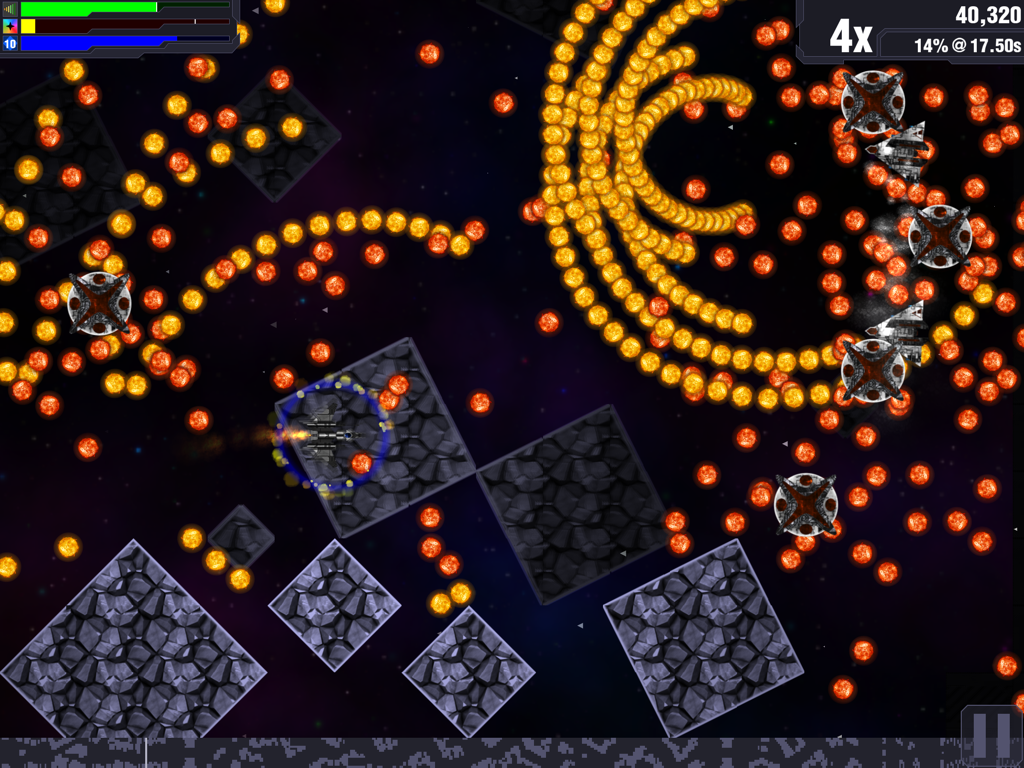 Some of the enemy ships are now equipped with beam lasers which are high impact and very deadly. These lasers are usually fire in a short burst followed by a period of recharge. They must be avoided at all costs. There is rumor of a new Tri-Corp beam turret that can fire their beam lasers for a long period of time and sweep them in any direction. 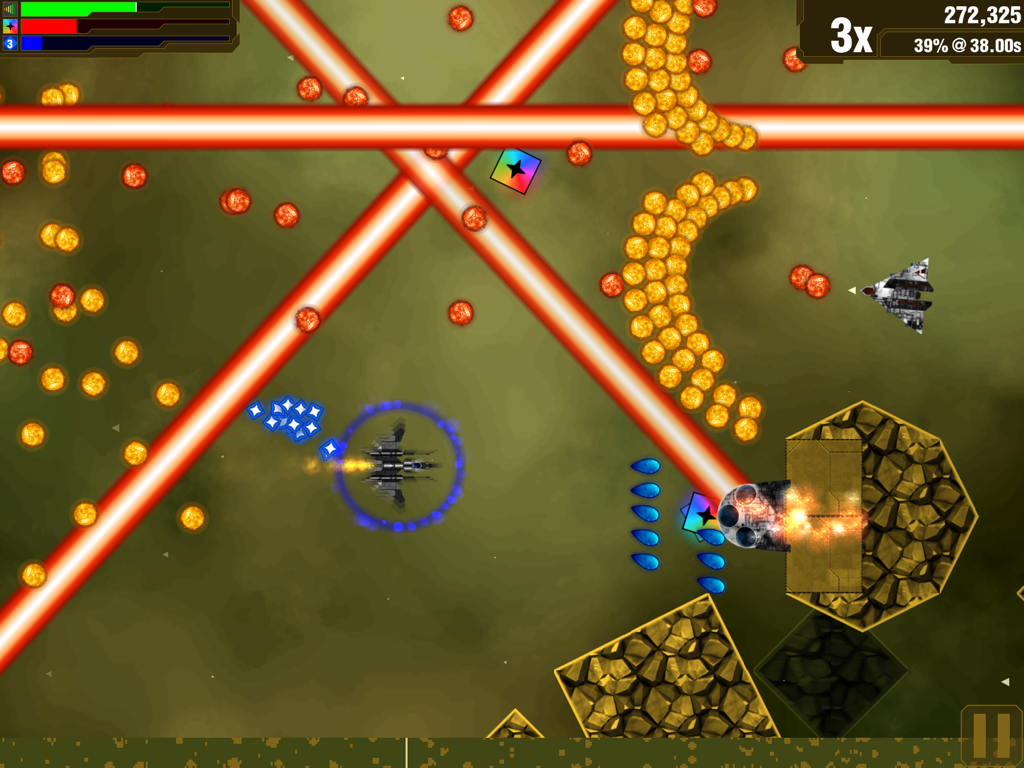 The enemy bullets and pattern bullets are turned into xp pods when destroyed, and the ship has a xp pod attractor that automatically collects the xp pods. Each xp pod collected goes towards increasing the xp level, which reduces the ship's energy costs for weapons and shielding with each new xp level.

The user interface and the heads up display were completely redesigned for this update. The HUD now includes the meters for speed, energy, and xp in the top left, and progress, score, and score multiplier in the top right of the screen. Additionally, the UI now provides for a more modern and minimal look throughout. 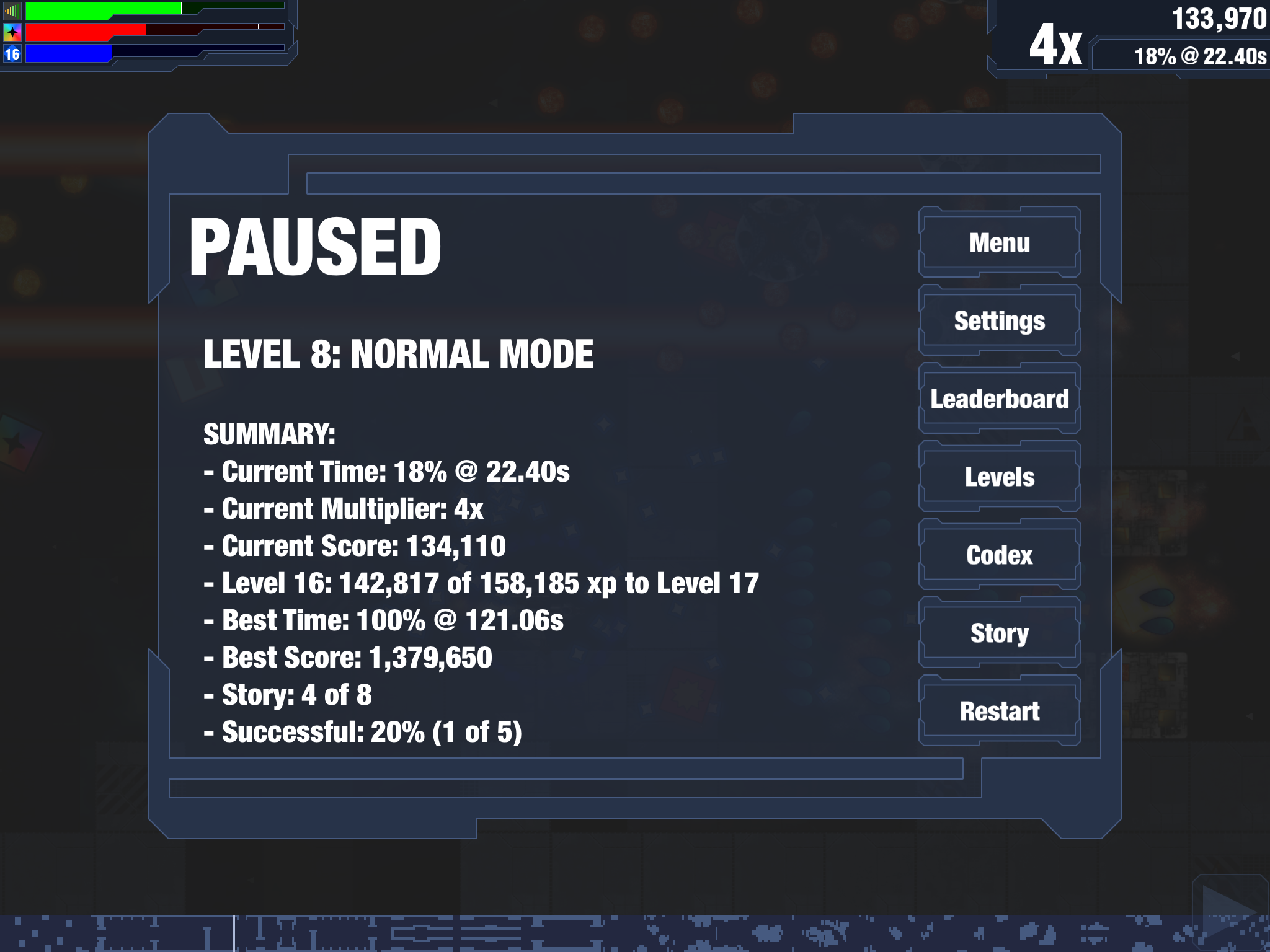