Rainbow Six 3 is a tactical shooter game DEVELOPED by UBI. The game is a first person shooter based on Tom Clancy's best selling novel by the same name. The game has two expansion packs, Athena Sword and Iron Wrath. The plot of Ravenshield is fully explained by Wikipedia (Tom Clancy's Rainbow Six 3). Basically it is all about an elite anti-terrorist group called Rainbow Six, a team bent on foiling the Neo-Facist terrorists doing damages on South American oil interests and European financial institutions.

This is a beautiful map "Amsterdam CS" created by B@Co. He says that it supports terrorist hunt and hostage rescue, but I believe that it also supports mission game. If you play hostage rescue or mission on MultiPlayers as a server, plz read the ReadMe file fully. 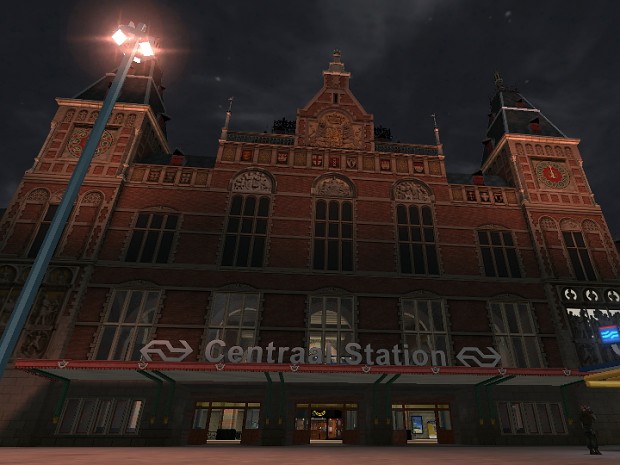