Through the Dead City

Through the Dead City is an open-world zombie apocalypse game. You must scavenge for weapons and supplies as you fight your way through a procedurally generated city. Along the way you'll meet other survivors who might join you. "The only way out is through"

This update focuses on adding a few important changes as well as some bug fixes. The main changes are the shared slots in the inventory, the safe house, new weapons, and a range for interacting with doors and objects.

Shared Slots:
Shared slots can be accessed by any survivor on your team. They're useful for easily sharing ammo between your survivors instead of having to constantly split your stacks. They also free up some inventory space for other items. 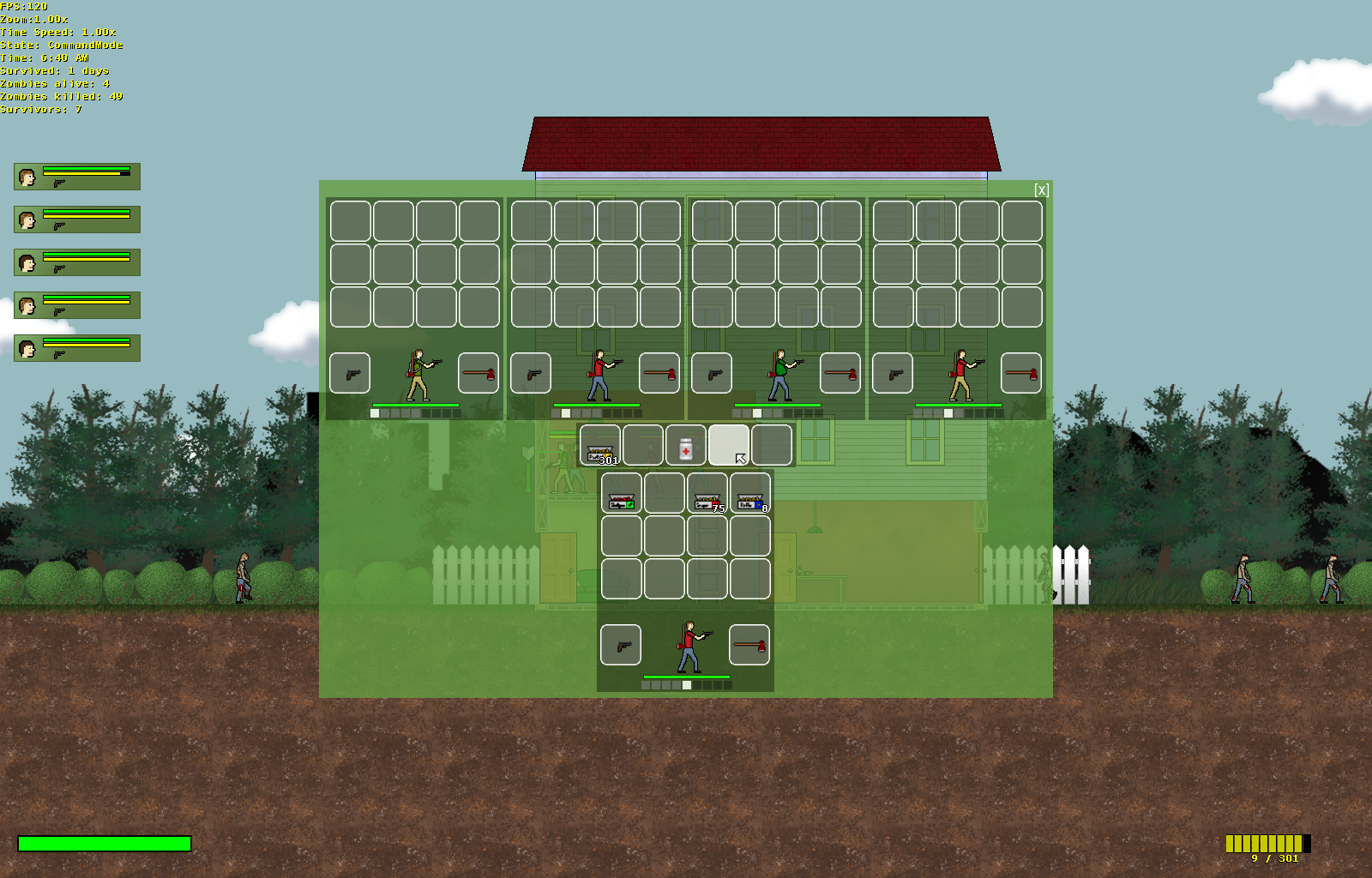 Safe House:
The safe house is the new starting area for the player (and respawn if the player dies). It has a fence around it that cannot be destroyed by zombies and always includes at least one bed. Beds can now be used to sleep for a few hours as long as the building they are in is secured. 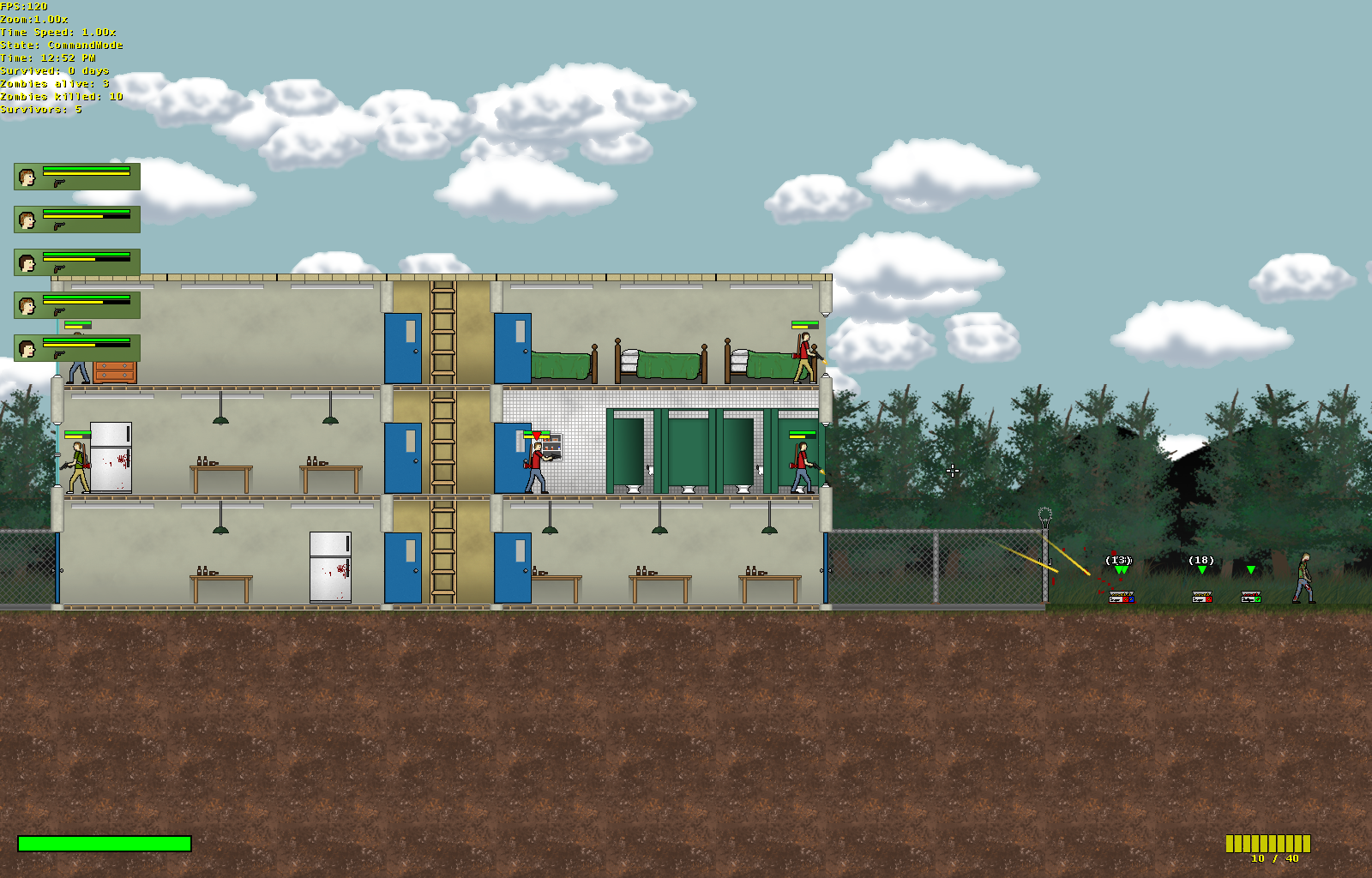 I've also changed the old guns and added four new ones. They aren't balanced perfectly, but there will be many more guns eventually, so these almost definitely won't be their final stats.

Thanks again to anyone who has played the previous alphas and given feedback; I look forward to receiving more! Enjoy!

The latest build of Through the Dead City is now available to download.

The first alpha build of Through the Dead City is now available for anyone to play on Windows.

It's official, Through the Dead City's first alpha build will be available on Windows for people to play on March 31st.

The latest update introduces game saves, and hammers for repairing doors and windows. There are some very unfinished features in this update but I don't...

This version fixes up a few of the main bugs/problems with the first alpha. There aren't many gameplay changes yet. Read on for the full list of changes.

are you still working on the game?

Also doesnt help to download and install the files mentioneed in "Troubleshooting.txt"

I'm really not sure what could be causing your problem. You can try downloading one of the older versions first, as those use an installer that might configure things properly for the newer version to run too. (I have no clue if it will work, but it's worth a shot.)

is the world going to be infinitely procedureally generated or will it stay limited like in the latest Alpha (0_0_0_4)?

The map will be a fixed size, but it will be larger than it is in the alphas.

Is game saving going to be implemented soon? Because I've been trekking through the city for about 4 hours straight now and then I realise I can't save. :(

It's ready for the next update, but I'm not sure when that will be yet. There's still a couple other things I need to finish up before I release it.

Indie
Tags
Embed Buttons
Link to Through the Dead City by selecting a button and using the embed code provided more...