They Came To Take You Deep!

"They Came To Take You Deep!" is a top-down shooter where you take on the role of an old man who has taken it upon himself to save the city's beauty pageant queen from the threat from the deep.
When a mad scientists experiments break loose from his lab, the sewers become a place not only infested with rats, but mutant creatures from the deep!
The game is set in the fictional city "Maryland" in the mid 1960's, and is the age old story of a man who saves the world and gets the girl.
The game is based on an in-house developed engine written in C# using XNA, which on release will come with a level editor so people can add their own content as well.

They Came To Take You Deep! - Level Editor

Another day, another post. Today we're going to introduce you to the level editor that is going to be in the final release of the game.

The origination idea of the level editor was so our team could make levels for the engine, but then we thought why not give the players so we can see what they can come up with.

The world is split up into two parts, the main world, sectors and sections. Each sector is basically a 4x4 grid of sections, with each section being 256 units. The world is then the collection of the appropriate sectors together.

To achieve this we use 2 tools, the world editor and the sector editor.

The first tool we're going to show off is the sector editor. This is what we use to build the separate parts of the world. The individual buildings if you like.

The editor itself runs with a real time preview window so the designer can see exactly what is going to happen in the game and how it looks. The designer can also add new content to the engine then reload the map into the game.

The main editor itself is based on a split window design, so that the designers could better utilize the two monitors they had. The game itself runs at a native size of 720 HD, we had to give the option to see the preview at this size. The designers requested the option to be able to move the editor over onto its own monitor to see it in full scale so this is what we implemented into the final design. 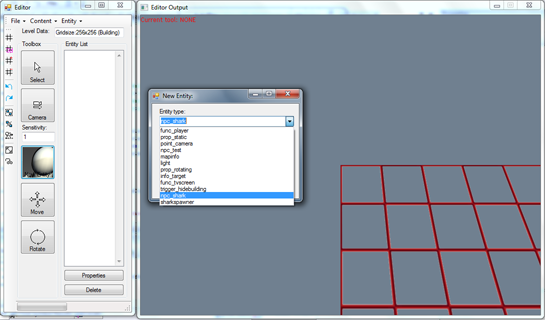 Anyone that is familiar with Valve's Hammer editor will spot a lot of similarities with our editor due to the fact the layout is loosely based upon it. At the time of creation our designers had a lot of experience with Hammer so it seemed like the right idea to do something they would get the hang of quickly.

The entity properties window might look quite familiar to some people. It is pretty much the same as the entity properties in Hammer. Being a big fan of Hammer myself influenced me into the design of this UI, why fix something that's not broken? The I/O system in the game fit perfectly with the layout as well. 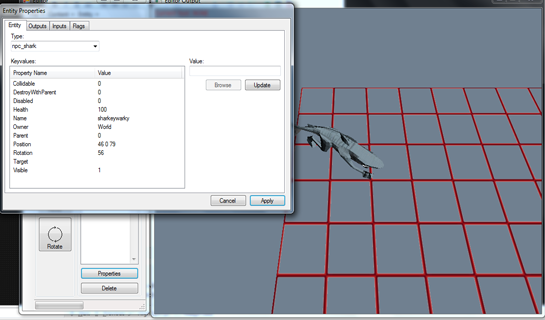 The next editor to show off is the sector editor. This employs a very simple point, click and drop system. It allows the designer to quickly draw the world up, dropping in buildings and unique sectors as required. 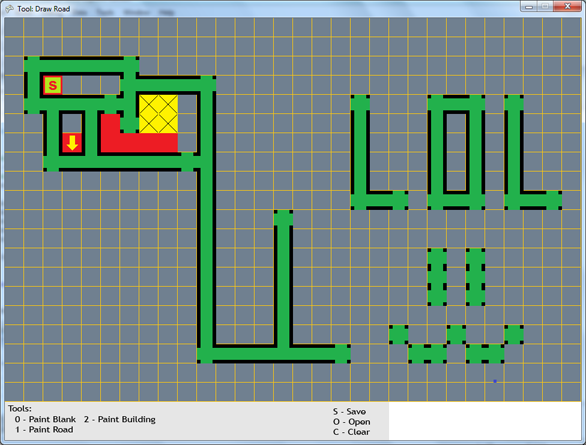 We needed a quick and simple way to design the city, and this is a great way to overview the entire thing without having to render it out.

Hopefully this has given you some insight into how we make the levels and worlds. Expect more on our development process soon.

An introduction of the game, and who we are. "Hey, and first of all we're "Team Miss Maryland" and we've decided to take a nice cosy seat here at indiedb...

Tags
Embed Buttons
Link to They Came To Take You Deep! by selecting a button and using the embed code provided more...