The cult classic open-ended wilderness survival roguelike RPG taking place in the ancient North. Throughout the years, UnReal World has been praised for its incredible depth, realism, atmosphere and immersion. Lose yourself in the most intricate, detailed and enchanting iron-age game world.

UnReal World is a unique combination of roguelike roleplaying game and survival simulation. The game is completely open-ended and you decide whether you wish to lead a life of a fisherman, a hermit searching for the peace, a brave adventurer, a rough hunter, a trapper or a tradesman.

As a member of one of the nine different cultures you'll enter a detailed and enchanting iron-age game world in which northern folklore, knowledge and way of life play an important part. The world and mechanics of the game are highly realistic, rich with historical atmosphere and emphasized on survival in the harsh ancient wilderness.

A wide world with vast forests, mires and mountains to roam and watercourses to row is randomly and procedurally generated - and you can live off the land and explore it on very detailed level. Track animals, set traps, hunt with bows and spears, tan hides, go fishing, pick berries, cook food, sleep in a temporary shelter or build a log cottage, trade with the villagers, craft items, interact with cultures near and far -- and so much more.

UnReal World is the longest living roguelike game of all times. It was first released in 1992 and has been continuously maintained and developed ever since.

Major new features in this version

We've accomplished quite a graphics update and along with hundreds of redrawn tiles the game has got a whole new outlook now. The graphics engine rewrite brings in huge performance boost and variety of graphical goodies and tweaks 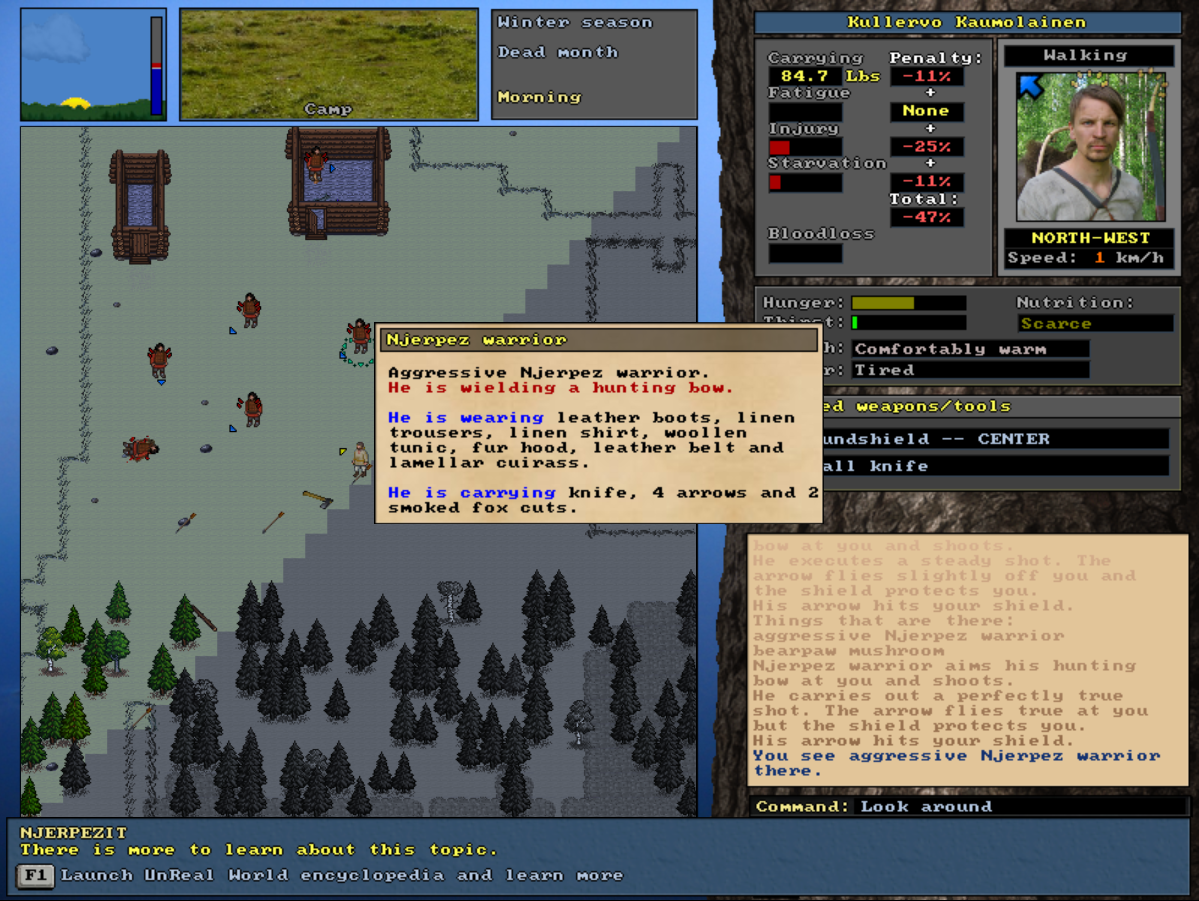 The weather engine has been rewritten from a scratch and we've got detailed and realistic simulation of weather factors such as rain, snowfall, solar elevation angle and temperature changes. The new weather engine deals with numerous weather variables and much greater annual and seasonal changes are to be expected. Put it in short; the years are less alike from now on.

Realistic modelling of lakes freezing over

Pretty much everything related to ice has been overhauled. Lakes start to freeze gradually when the weather gets cold enough. This doesn't happen the same time every year, and the ice also doesn't grow equally thick every year. Realistic mechanics for falling through the ice and effects of the cold water have been added to make playing on ice far more risky - and immersive.

Map color scheme now changes according to time of the day and time of the year. The lighting change is based on realistic solar elevation angle on northern hemisphere on a given game-time moment and it's calculated and applied smoothly once per game-minute. Daylight slowly turns into twilight, dusk and night - and then into dawn again. The change of seasons, and the great seasonal variation in length of days and nights in the Far North is now far more concrete and immersive. 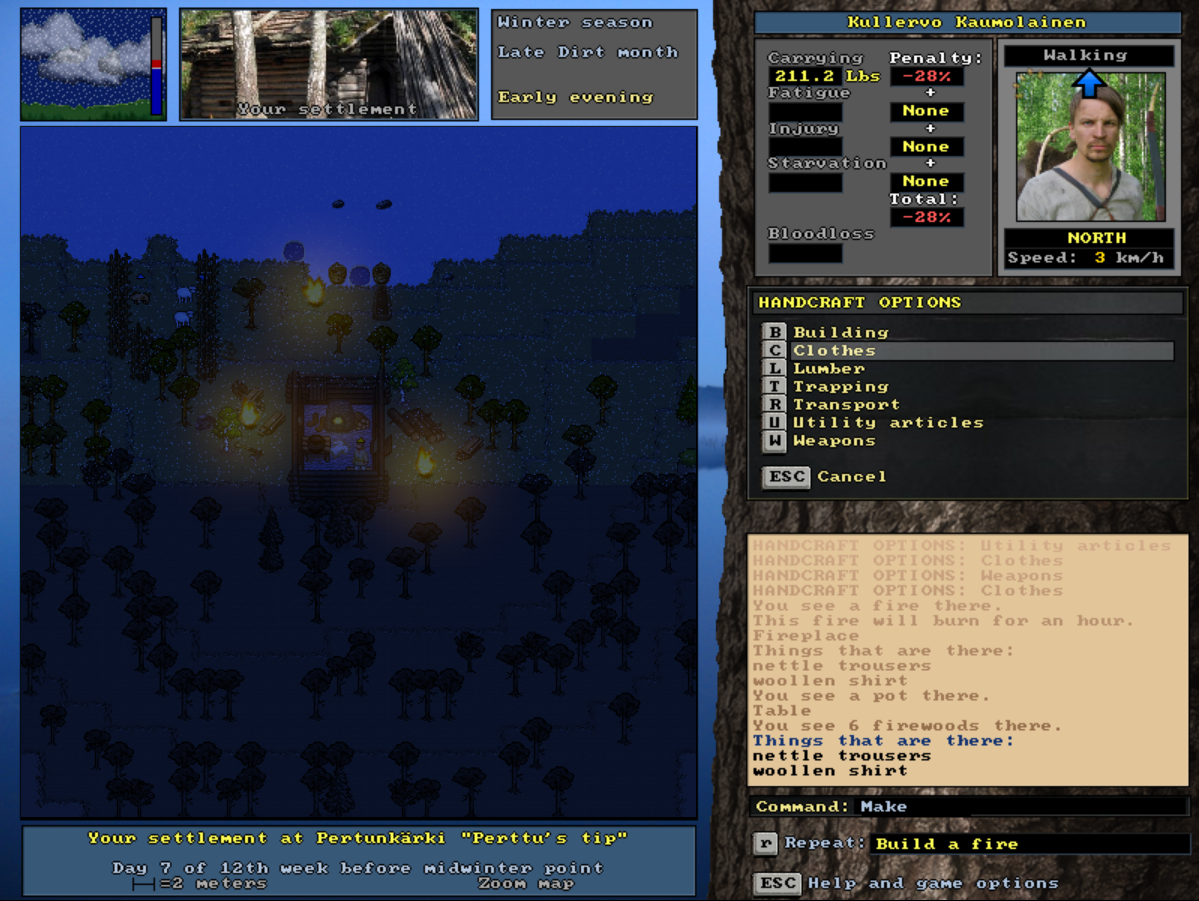 Possibility to add custom markers on map of known areas 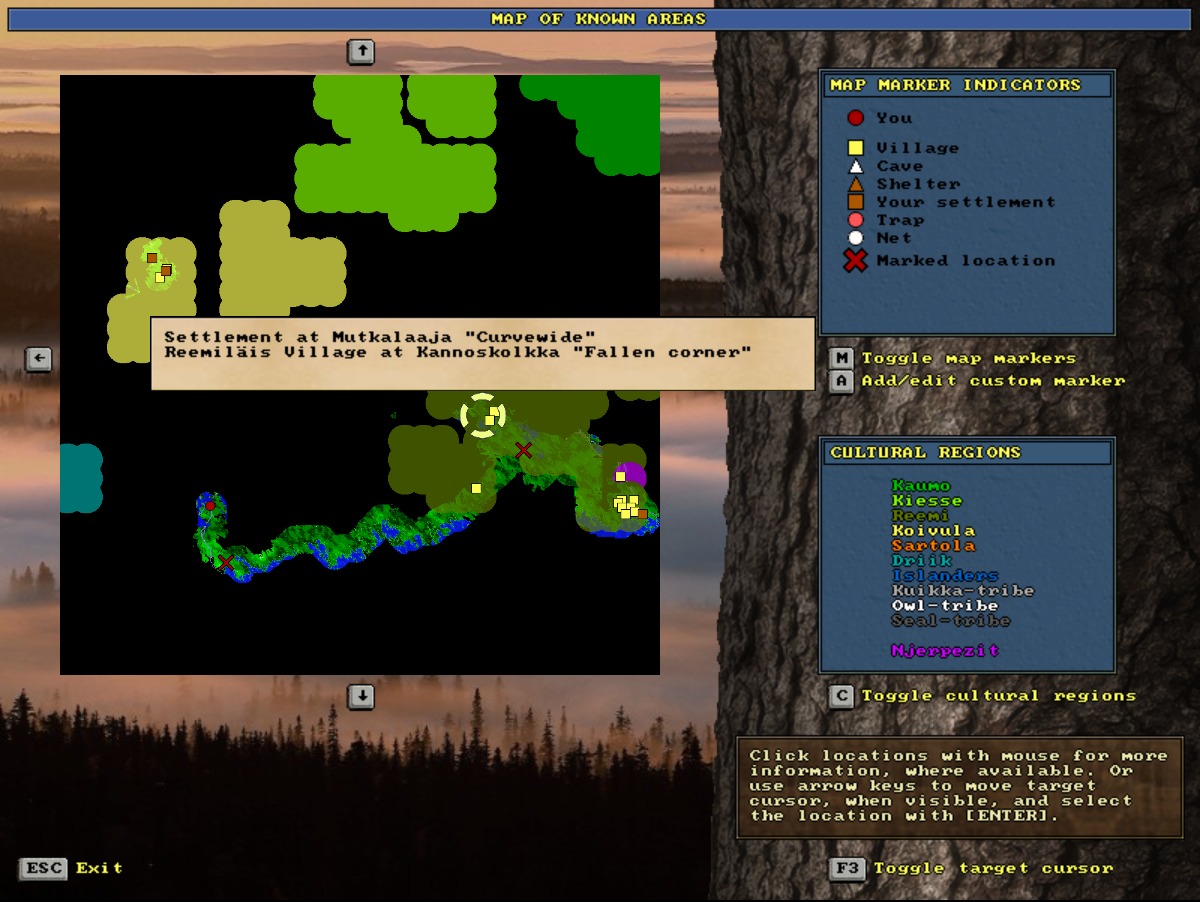 Properties of crafted items can be modded so that truly new items can be created. This applies to do-it-yourself items (diy_*.*) and cookery recipes (cookery_*.*). Modding item properties is simple. You just add item property tags and preferred values after the actual crafting code. There are dozens of new item modding property tags to use.

For the full changelog see the game official web page

. For other distros visit the game official page

UnReal World 3.30 will be released on Steam on 26th, and the free version on 29th. UnReal World Steam Community Hub and Store Page are now open. While...

Countdown to new release - and the initial Steam release

Brand new version UnReal World version is to be released this month - also on Steam. The exact release dates still remains a mystery for a little longer...

If the spirits are favourable release of UnReal World version 3.3 might take place in february. Until then it's the final spurt with new features being...

Graphics update has been accomplished, and now off to holidays. With this galore of screenshots you'll get an idea about what to expect in 2016 when the...

Released 17th of March 2015. For 64 bit Ubuntu 14.04. For other distros visit the game official page. Patched version ready to download and install.

Released 17th of March 2015. For Windows, patched version ready to download and install.

This is one sweet game!
Sami & Erkka rock!


You guys are awesome!

Honestly, this game was a nice surprise when I stumbled upon it. I've yet to play it all that much, but I mostly like what I see. Keep up the effort guys, I've even voted for your little project in the IndieDB Awards. Good luck with continuing the development. :-)

Yea. I hope they will win! This game deserves it(Developers :D )

As you might have noticed, we are on Steam Greenlight. Take a look and cast your vote here: Steamcommunity.com

He, why not having a few posts around in different languages. A little bt of mixity is not too bad.
A few sentences now and then in Czech, Finnish, Spanish or anything else would probably not hurt...

Yeah, but he is trying to get them to speak in English so he can understand them.

true, but.. it should have english too, so that everyone can understand it

I am following that game since a few years. And to be honest, it evolved a lot lately (in the good direction) and is always a pleasure to discover what new things have been added after a few calm months. It is one of the most in depth survival games around (not the zombie style, but the one were you are sent into wilderness with nothing but a knife and have to find a way to make your own food, fire, clothes, house...). I love the fact too that it is based on the real finnish medieval era, with an…