The Simpsons Hit & Run is an action-adventure video game based on the animated sitcom The Simpsons. It was released for the GameCube, Xbox, PlayStation 2, and Windows in North America on September 16, 2003, In Europe and Australia on October 31, 2003 and in Japan on December 25, 2003. The game was developed by Radical Entertainment and published by Vivendi Universal Games, Fox Interactive and Gracie Films. The story and dialogue were crafted by writers from The Simpsons, with all character voices supplied by the actual cast.

Nov 4 2012 Simpsons Hit And Run: Retextured like A Boss 2 comments

After 3 hours of Homework i have finally got more time to do some more re-texturing. 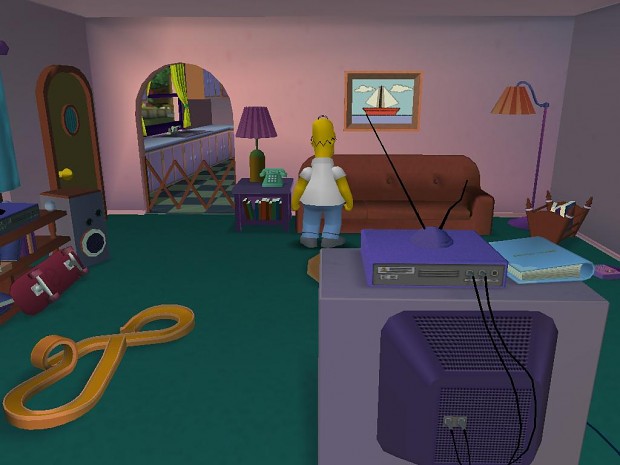 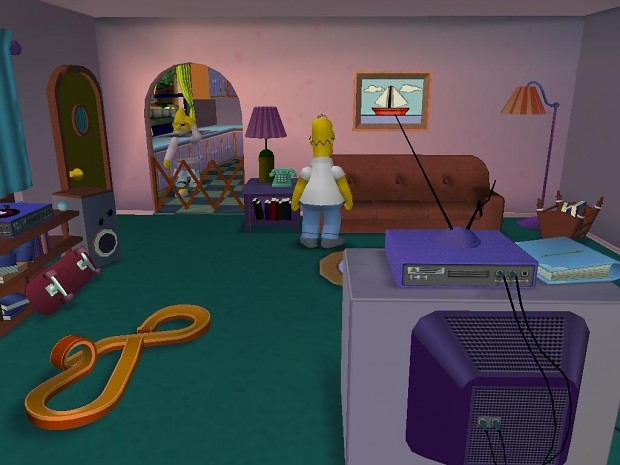 The new Re-textured Areas are: The Simpson House(Level 1), Lisa's 'Malibu Stacey' and
Duff Truck. I've uploaded 2 pictures of the Simpsons Household. Thank you for all the views
I have had in the last few hours! If i get 500 Views in 2 days I will upload the AlphaPre version.
I will upload the Duff truck Images Immedietly after the News Post.

Excellent game !Does her new work mods and add-ons !?

Love this game but i need a widescreen mod

This was a great game, would like to see some mods for it, that would be nice if possible.