The Lawless is a cinematic, first-person shooter set in the dark and violent world of the Old West. The game is focused on speed and accuracy as you tap-to-kill targets and score points by creating a consistent flow through the game. The player takes on the perspective of a young and angry bounty hunter dead-set on bringing vengeance upon those that tore his life apart as a child - and get rich doing it. The Lawless is being primarily being developed for iOS but we have plans to make it available to Android users as well.

Thanks for voting and helping The Lawless on it's quest to become the 2022 Indie of the Year. You are now in with a chance to score some free games. Help this game secure more votes by embedding the widget (or link) we have included below on your favorite sites.

The Lawless is FREE!

Thank you to everyone who purchased The Lawless over the last 6(ish) months. We are so grateful, and it has meant that we, as developers, can continue and can work on new projects and hopefully make more things you enjoy playing! The revenue generated from The Lawless has helped fuel the development of our new, PC title - Congo, which has recently just been Greenlit after 10 days.

But we want to announce that The Lawless is now FREE to download and play both regular and hardcore versions. Grab a copy for either Android or iOS:

For those that don't know, or this is the first time you've seen anything about us. The Lawless is a first-person, on-rails shooter set in the Old West. Here's some visuals! 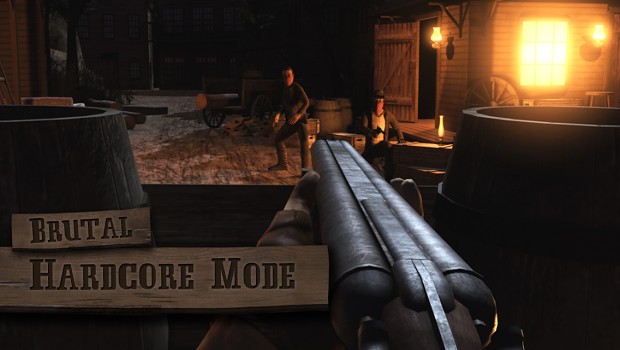 Very happy to announce The Lawless is out now on iOS and Android!

The Lawless will be available for both iOS and Android tomorrow! It's been a great few months of development and thank you for all the support everyone...

We have a final release date for The Lawless! The Lawless will be available for iOS and Android on 19th December 2013. Check out our release trailer!

We are excited to say that we have just submitted The Lawless to Apple for review. If all goes well then we should be able to release for iOS in a week...

I waiting all day make it stop, you baster

This looks awesome, but how much will it cost?

O.o new levels around :D thought i cant access those, yet.

This looks really good. You guys should try to release a FREE demo so I can try out how it is. If it's good, then I might consider getting the full version. Like I said, this looks really good since it's a cinematic first person shooter which sounds really interesting. The screenshots look awesome, waiting for the full game.

there is the beta on website, that is your "demo" thought if you asked android/ios demo well yeah a free demo version would be good, :D

Looks really nice guys. One suggestion: in your website, make a section, or post, or something, that explains the game for those who are checking your website. I tried to find Game Info or FAQ and found nothing =(

Hey Xandeck. Glad you like it, thanks for the heads up that's something we have missed that actually definitely needs to be on the site so thank you! Should be up in the next few days.

Indie
Twitter
Tags
Embed Buttons
Link to The Lawless by selecting a button and using the embed code provided more...